Let's dive into what Amazon Prime, Disney+, Stan, and Netflix have in store for the third month of this utterly chaotic year.
Jini Maxwell 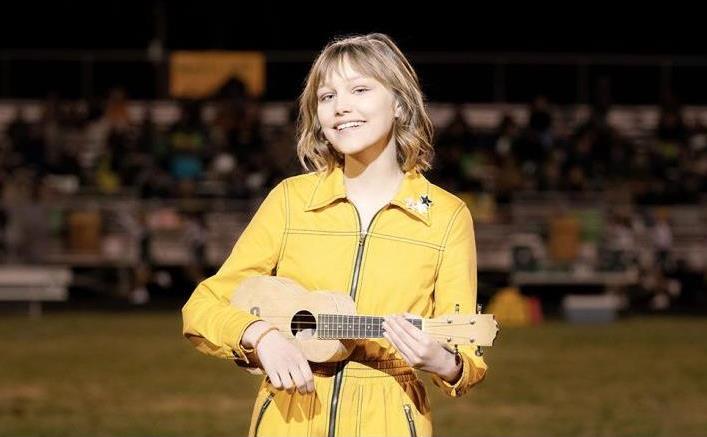 Isn’t she quirky? Aren’t you charmed? Stargirl. Image via Disney.

Anyone who has been excited about Miss Fisher and the Crypt of Tears coming to the big screen will love seeing Agatha Christie’s The Pale Horse coming to the small screen in TV show form on 13 March.

If you want your crime show with a side of grit instead of glamour, you can also watch ZeroZeroZero, a TV series based on Roberto Saviano’s book of the same name, which launches 6 March. The series will follow a massive shipment of cocaine from production to distribution, and the power struggles it sparks.

Or, if you want your glamour without crime, there’s a new fashion reality competition show in the works called Making the Cut. Hosted by Tim Gunn and Heidi Klum, the first season drops in full on 27 March.

11 March is a red letter day for Aussie cricket fans, as The Test: A New Era for Australia’s Team will drop its entire first season, and Star Trek: Picard will continue to delight trekkies with new weekly episodes.

Prime is really ringing out its archives this month, bringing a whole host of movies to our screens, from classics like Night of the Living Dead, to cult favourites like Wayne’s World 2, to Kung Fu Panda on 1 March. Newer films are dispersed throughout the month, including classics like Pet Sematary on 19 March and Amazon Original Blow The Man Down on 20 March.

In February we saw huge additions to Netflix’s kids programming, with the addition of so many Studio Ghibli films to its lineup. March sees more anime classics reach the platform; 1 March sees Arrietty, My Neighbours the Yamadas, Nausicaa of the Valley of the Wind, Princes Mononoke, Spirited Away, The Cat Returns, and The Tale of Princess Kaguya reach our screens.

On top of these gorgeous offerings for people of all ages, there are some fantastic films for adults coming to Netflix this month, too. 1 March also sees The Big Sick and The Hateful Eight reach our screens, followed quickly by 2019 Lil Peep documentary, Everybody’s Everything.

It’s also a great month for Netflix Original Series; fans of The Circle can pick up The Circle Brazil on 11 March, and there are new seasons of Ozark (27 March), Kingdom and Elite (both 13 March), Black Lightning (26 March), as well as the continued, weekly descent of Riverdale season 4 into utter madness from 4 March onwards.

The rest of the month is heavily focussed on what Netflix does best: Original scripted content! Following the huge success of Marriage Story and Uncut Gems, it’s no surprise the platform is doubling down. 6 March introduces Netflix audiences to Guilty, I am Jones, and Spenser Confidential. On a more playful note, Carmen Sandiego: To Steal or Not to Steal will premiere 10 March, and no doubt steal our hearts.

27 March rounds out the month with French-Canadian thriller, The Decline, and Uncorked. The Decline will premiere first at South by SouthWest on 14 March, as part of an exciting lineup–but we think this lineup is pretty exciting too.

Disney+ continues to double down on the family-friendly branding, with more episodes of Marvel’s Hero Project, Disney Family Sundays, One Day at Disney, and Disney’s Fairy Tale Weddings streaming regularly throughout the month.
New episodes of Star Wars: The Clone Wars will grace our screens on a weekly basis, too, as well as the second hero of Big Hero 6 The Series on 17 March, and seasons 1 and 2 of I Didn’t Do It, plus all four seasons of Sofia the First on 20 March.

In terms of film programming, things are slow but steady: 6 March will bring the premiere of The Lion King (2019), in all its unsettling CG animated glory, and Percy Jackson: Sea of Monsters drops on 20 March, followed by A Wrinkle in Time on 25 March. Combined with the release of new teen on the block, the musically-inclined, manic pixie dreamgirl, Stargirl, which will stream from 13 March, it looks like Disney+ is starting to consider its teenage audience. Though, perhaps not their SEO — the CW have a teen superhero TV series coming up with the same name. Oops!

Following the Melbourne Grand Prix, the service will start showing McLaren, the biopic that looks at the founding of the motor racing team on 17 March.

Comedy is also very well represented in some of its popular TV mainstays, including Kidding, Everything’s Gonna Be Okay, The Bold Type, the first season of Zoey’s Extraordinary Playlist, and the twelfth season of RuPaul’s Drag Race, which will continue throughout the month, to bring a little levity to the table.