From SBS On Demand to Netflix, streaming services are really delivering the content to get us through a quarantine.
Jini Maxwell 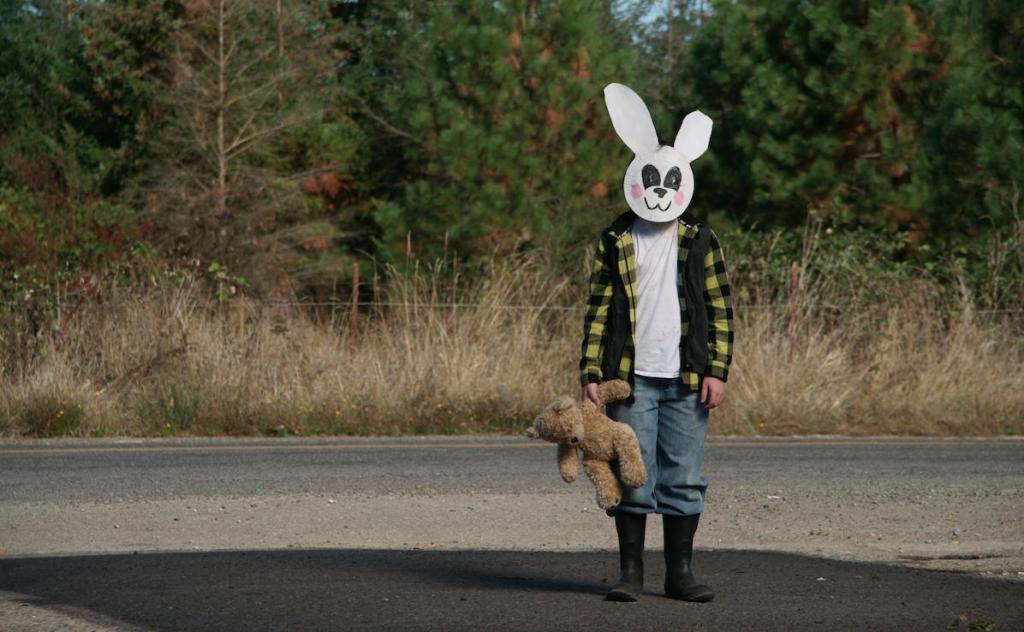 This had better be an essential trip, buddy. Image from Cabin Fever, courtesy of SBS.

You know, the news is pretty devoid of positivity at the moment, especially when it comes to the creative industries. Cinemas are closing, film productions are being put on hold, and freelance creatives are wondering what their future will look like. But if there’s one section of the industry that’s sitting pretty, it’s streaming. Australia’s streamers are going gangbusters on new and newly available content as restrictions on movement get tighter. Let’s take a look at the cream of the crop:

SRS On Demand have stepped up to the plate, with two new sets of streaming content: The Social Distancing Toolkit, and Streaming Survival! While the Social Distancing Toolkit collection brings together the best feel-good and light-hearted entertainment, the Streaming Survival guide indulges some our darker side in some thrillers, killers, and contagion.

The Social Distancing Toolkit includes some absolute bangers, like all eleven seasons of X-Files, 7 seasons of Zooey Deschanel’s quirky comedy, New Girl, and new series from SNL’s Lorne Michaels and Elizabeth Banks, Shrill, which stars Aidy Bryant as a young journalist navigating her career, family and relationships as a young fat woman in contemporary America. American comedy You’re The Worst also reaches our screens, with all five seasons streaming from the start of the month.

The toolkit also features some slick series from closer to home. If you get sick of the seriousness of X-Files, you might want to try Taika Waititi’s mockumentary series Wellington Paranormal, the second season of which even features a cameo from NZ PM Jacinta Ardern’s husband, Clarke Gayford. If you’re looking for something a bit more grounded, you could try the four seasons of Gourmet Farmer, which follows Aussie farmer and Chef Matthew Evans, as he pursues a culinary and personal sea change in Tasmania.

The Streaming Survival Guide, on the other hand, is curated for viewers who want to dive into the spooky and apocalyptic side of things. If you’re looking for something that errs on the side of dark comedy, you could try The Last Man on Earth, starring SNL’s Will Forte; but the rest of the offerings range from somber to nail-biting: the streaming service will start showing thrilling (and painfully topical) films Contagion and Cabin Fever, as well as the critically acclaimed British series Years and Years, starring Emma Thompson, and two seasons of Alberto Rodriguez’ The Plague – just in case you feel like leaning in.

Adding to their existing list of classic bingeable shows , from Friends to Buffy the Vampire Slayer to 30 Rock, Stan is adding a heartstopping 6-part miniseries called The Little Drummer Girl, based on John le Carré’s novel of the same name, which will launch on 8 April.

On 29 March, the platform released four Louis Theroux specials, in case deep-diving into eating disorders, sex trafficking, murder and heroin smuggling is going to help keep your problems in perspective. If you’re up for a bit of classic, comforting telly, Stan still has you covered; classic British comedy, This Time with Alan Partridge hits the platform on 31 March, as well as small town drama, Doctor Foster.
And if you’re looking to reconnect with your Aussie roots – you can’t do better than Crocodile Dundee and Crocodile Dundee II! Both will be streaming from 9 April, one day after the platform adds fantasy favourite, Stardust.

Netflix seems to be focussing on its staples this month – with no complaints from us. Terrace House: Tokyo 2019-2020 is back with Part 3 on 7 April, and Riverdale returns from it’s mid-season hiatus on 16 April. Not long after, Ricky Gervais’ deadpan comedy After Life comes back for a season on 24 April.

We have some old school offerings, too: John Hughes’ cult favourite The Breakfast Club coming to our screens 10 April, along with Barbra Streisand sports rom-com The Main Event. So far, so classic. But Netflix is bringing brilliant new programming, too; the Netflix Original Tigertail, directed by Alan Yang, promises to offer a heartfelt family drama.

The biggest announcement for Disney’s streaming channel is that Onward, their latest animated feature will be skipping Australia and New Zealand cinemas entirely due to the pandemic. Instead the film will be reaching our screens on 24 April. Featuring the vocal talents of Chris Pratt and Tom Holland, this is sure to delight children and children at heart.

Some highlights include 1the addition of critically acclaimed Thor: Ragnarok, Night at the Museum (yes, all of them), and Edward Scissorhands to the platform on 10 April. On 24 April, X-Men: Dark Phoenix will also reach our screens.
On top of these films, the month is peppered with new documentaries and cartoon series, including the final season of Clone Wars, which will be showing weekly throughout the month.

Last of all, Amazon Prime is keeping it pretty chill on the original content front – but their updated movie lineup is not to be trifled with! Excitingly we have Aussie favourite Ride Like a Girl making its streaming debut on the platform on 25 April. It’s not the only Australian film on the lineup; Paper Planes also streams from 1 April.

Aside from these Aussie favourites, there are some real gems from across the pond streaming from this month. Amazon is filling the platform with films that express a real emotional range, from Helen Mirren’s stunning performance in Woman in Gold, to the blockbuster Downton Abbey film, to Jim Carrey’s feel-good comedy flick, Yes Man. Honestly, with options like these, who even needs to go outside?