Quarantine Cinema is Making Do

Keeping community connected is the goal for the Melbourne Cinémathèque, but there's no pretense it's ideal.
Rochelle Siemienowicz 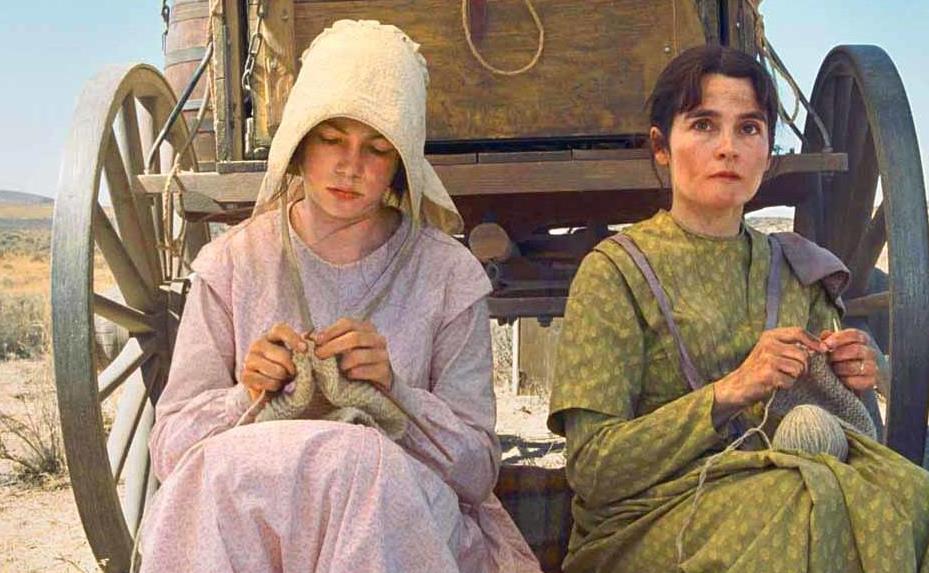 Kelly Reichardt’s Meek’s Cutoff is one of the Virtual Cinematheque films this week, available on Tubi. Image via Oscilloscope Laboratories.

Human beings are incredibly adaptable. Shut us alone indoors and we’ll find new ways of doing the things we love. We’re also irrepressibly optimistic, and the desire to find silver linings inside the COVID-19 cloud has spawned a thousand articles about how we’ll evolve to be better, wiser and maybe even more cultured.

But when it comes to the pleasures of cinema, real cinema as an art form, consumed in the old-fashioned way in front of a big screen with an audience, there are few silver linings to this lockdown, and it’s refreshing to hear someone say so.

Professor Adrian Danks, co-curator of the Melbourne Cinémathèque, Australia’s biggest and second-oldest film society, is one such person. Speaking to Screenhub about the Cinémathèque’s quickly cobbled-together alternative of free online movies that can be watched at home, supported with contextualising material, he’s keen to emphasise that this is NOT in any way a permanent or desirable shift.

‘This is definitely not Cinémathèque moving online,’ says Danks. ‘It’s a collaboration with ACMI to help us maintain a sense of community and engagement. It’s no replacement for our proper program, and there’s no attempt to replicate what was planned in our calendar.’

A passionate community in a complex ecology

The annual Cinémathèque calendar is a thing of beauty and high aspirations. It’s a huge glossy foldout that Melbourne film- lovers peruse to plan (sometimes only in dreams) their attendance at weekly Wednesday night double bills of rare and important films, usually screened in their original format.

Screenings traditionally took place at ACMI, but in recent times moved over to the RMIT’s Capitol Theatre during the Fed Square renovations. The last Cinémathèque screening was on Wednesday 11th of March, a double bill of Marlene Dietrich films featuring Angel (1937) and Destry Rides Again (1939). Danks says the closure was especially disappointing as audience numbers have never been better, with some sessions attracting 400 people. (A good audience is 300, and usually there’s at least 200.) ‘Passionate’ is the word that comes to mind, and contrary to popular belief, members are not all old people or film students, but many in the middle, often with a 15-year time-off to raise the kids.

Danks has been involved for 30 years since he was an undergraduate at RMIT, and Michael Koller, a Melbourne dentist and renowned film buff, has been there since he was at Melbourne University in 1974. Rounding out the programming team of the volunteer-run not-for-profit organisation are Eloise Ross and Cerise Howard.

Each program is always supported with CTEQ annotations in the long-running journal Senses of Cinema. Here are some of the key organisms in the Australian film culture ecosystem: the Cinémathèque, ACMI, the universities, Senses of Cinema and MIFF, the city’s huge and sprawling film festival just cancelled. They are all suffering right now, all making it up as they go along and trying to stay connected.

When asked about the cancellation of MIFF, Danks has this to say: ‘I think it was inevitable and necessary. Even if there was some possibility of some screenings occurring in August, there is no way they would be able to confirm and organise any of this logistically. It’s definitely a further indication of the impact of the Coronavirus on the social experience of moviegoing. The saddened response tells us that people generally don’t want to be stuck at home watching everything on streaming. Even if MIFF could do that it would be a poor replacement for the physical act and even mobility of film watching that MIFF presents; let alone the ability to meet people and talk about the films. This whole experience has made me realise how much I value the time and effort of going to the movies as an essential part of the experience – even in winter. Bring on MIFF 2021.’

As the editor of the 2020 calendar, he was of course disappointed to put on hold carefully planned programs devoted to the likes of Dirk Bogarde, Billy Wilder, Douglas Sirk and Gillian Armstrong, and says it’s up in the air as to what will happen when cinemas reopen.

Compromises will have to be made

Instead, each week on the ACMI website, there is a program of films available to watch, discuss and read about. Put together on the fly as a collaboration between ACMI’s programming team, led by Kristy Matheson and the Cinémathèque committee, this Virtual Cinémathèque has so far included some films by Jafar Panahi (The White Balloon and Offside, available on SBS On Demand), a couple by Powell and Pressburger (also on SBS On Demand) and Russian classics (Tarkovsky’s Solaris and Andrei Konchalovsky’s Asya’s Happiness, available on Mosfilm’s official YouTube). Where possible these are supported by annotations and introductions, and although they can be watched at any time, there’s the option to use a free program called Metastream that allows you to invite friends to watch at the same time – preferably on the usual Wednesday night, though there’s no pretense this is a live event.

With ACMI shut for renovations, this first half of 2020 was always going to be one where they needed to think of different ways of staying connected with their community. As Danks says, the Cinémathèque at the Capitol was one of ACMI’s few screening activities, so it was important for the organisation to respond to the lockdown with some quick virtual activity.

Programming for the free virtual even is being done about two weeks in advance. ‘We’re building it as we go, and this approach allows us to draw on existing material from a variety of different sources, rather than create a new program where you try and upload films and have to get permissions and copyrights.This is an opportunity to do something quickly. It will get more comfortable and pick up variety over time.’

‘We are our audience, and I think we will survive. With the virtual offerings we don’t actually want people to get too happy and comfortable watching films at home because what we do is all about the public medium.’

There are masses of movies freely available online, but Danks says it’s still taking time and negotiation to find things that will work in this context. ‘There’s a couple of local streaming services we’re talking to about getting access to for a period of time so that we can actually utilize them. And we’re also just testing a few to see if they actually work properly if quite a lot of people try to watch the same thing at the same time. For example, the City Library in Melbourne actually has a very good collection of material online, which anyone can join. But we want to make sure it all works.’

As for what happens next, Danks is, like the rest of us, just taking it day to day and struggling to maintain focus amidst fears for the future of arthouse cinema and the health of the higher education sector. These were concerning even before the pandemic.

An Associate Professor at RMIT’s School of Media & Communication, he says he’s fortunate not to be having to scramble to teach online right now and is currently on study leave, researching and writing  a couple of projects – one on 3D, another on international production in Australia in the post war period between 1945 and the mid 70s. He says  it’s clear that not every cinema venture will survive this lockdown, but if anything can, the Cinémathèque can, with its strong ties with partner ACMI and a fervent fan base.

‘We are our audience, and I think we will survive. With the virtual offerings we don’t actually want people to get too happy and comfortable watching films at home because what we do is all about the public medium.’

Virtual Cinémathèque for the week of Wednesday 15 April is a Kelly Reichardt double: Meek’s Cutoff (Tubi) and Certain Women (SBS On Demand), with a range of extra material including Barbara Loden’s The Frontier Experience (Youtube).