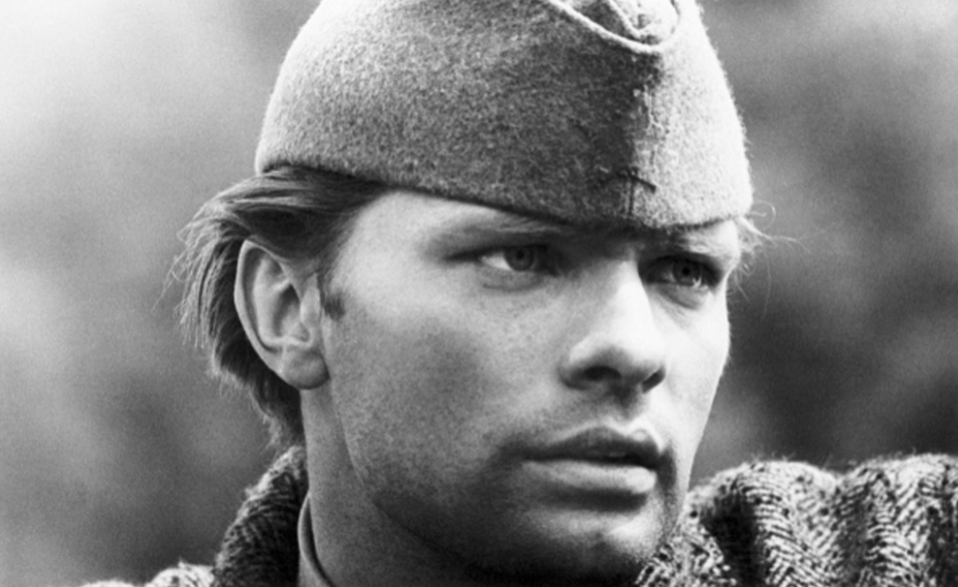 Was actor Oleg Vidov the most handsome man in the world? Russian audiences thought so.

For screen creators and cineastes, watching films from countries with alien ideologies is either fascinating or disgusting. The Nazi feature films of the 1930’s are crimes against humanity.

But the Communist cinema of the USSR and the Warsaw Pact countries gripped audiences who loved film from the 1920’s on. After all, Eisenstein, Pudovkin and Dziga-Vertov were the first intellectuals of film form and their work burst with new ideas. Despite brutal censorship, Mosfilm routinely exported beautifully made films until the fall of the USSR. Festival audiences rolled in them like dogs in snow.

Russia’s version of a matinee star

Enter the story of Oleg Vidov, once Russia’s most popular leading man, and to some tastes the most handsome actor in the world.

His story has now been told in Oleg: The Oleg Vidov Story, the first and probably only documentary by Melbourne filmmaker Nadia Tass, proprietor of Cascade Films with David Parker, and the owner of a long, pragmatic career. Her grandparents, who raised her in Greece, were born in Russia and escaped the Bolsheviks. One way to sense the dramatic fascination of Soviet cinema history is to explore the story of the Mosfilm logo, actually a titanic statue atop a Moscow tower block.

Oleg Vidov picked a terrible time and place to be born – midsummer, Moscow, 1943. His mother, Varvara Ivanovna Vidova, was a committed Communist, a valued functionary and a teacher, and the boy was carried with her across Russia, Mongolia, East Germany and Kazakhstan. He was a child of Revolutionary Ardour.

But, says Nadia Tass, his mother eventually fell foul of the Party, and was discarded by the time Oleg was 12 years old. The trauma shaped his life. ‘So that was a huge lesson to him, and he was completely against joining any political institution,’ Tass believes.

The young actor looked like Robert Redford dipped in Lenin’s tears, and could ride a horse and wear a stetson in a weird part of Europe that loved cowboy films. Here he props up a bar in The Headless Horseman, the first and most successful Soviet Western.

But Vidov had terrible political taste in his marriage. His first wife Natalia Vasilievna Fedotova may or may not have been the daughter of a respected historian or a KGB general; either way, she was tangled up with Leonid Brezhnev’s daughter Galina, who went on to marry a circus strongman. Tass records that the Fedotovas were close enough to the idiots in charge in the 1970’s that they offered the heartthrob hero the opportunity to become the Minister of Culture.

He said no, Natalia was obsessively competitive with Galena, his marriage collapsed, his nomenklatura relatives turned on him and his career went down the toilet. From now on, he was in survival mode, even though he accumulated around thirty films behind the Iron Curtain. Ride-em Comrade Cowboy. (He was in good films as well).

He was working in Yugoslavia when the Kremlin suddenly wanted him back, so he slipped across the border to Austria, sought asylum in Rome and ultimately went to Hollywood around 1985.

There he finally made a truly loving marriage, which lasted almost thirty years until his death. Joan Borsten was an agent and the daughter of Orin Borsten, described as a ‘Hollywood publicist, scriptwriter and studio executive.’ It is very possible that Oleg Vidov had one father-in-law who kissed Josef Stalin, but his second was no friend of Ronald Reagan.

Joan Borsten was an international journalist who befriended Nadia Tass in Hollywood, which is why she met Oleg. ‘The two Slavic souls came together in Los Angeles,’ she explains. ‘We got on really well, and we used to meet for coffee and to discuss the Russian way of life.’

Nadia Tass was, and is, fascinated by Russian cinema. ‘I love the excellence of communication. The intention of the filmmaker, and how beautifully they had used cinematic language to communicate their intention. The emphasis was on communication of a concept, a belief.’

Oleg Vidov did not find fame and fortune in Hollywood. After all, the Americans had the real Robert Redford, and they definitely didn’t like Lenin’s tears. Instead, they offered him many roles as a sinister KGB apparatchik, which Vidov always declined, even though he brought a wealth of naturalistic personal experience to the roles. He was through with making crap.

He did get a trickle of roles he found acceptable, was brilliant when he had the chance, but not enough to mainstream his now slightly lop-sided features in fan magazines. Instead, he reinvented himself and set up production and distribution company Films By Jove with Joan, and visited Russia in 1992. In the chaos they found Soyuzmultfilm Studio, an animation outfit started in 1935 and still run by the Russian government. Borsten and Vidov agreed to restore and internationally distribute their classic animation films, including Hedgehog in the Fog.

“His restorations were meticulous, and they used extraordinary actors like Charlton Heston, Bill Murray and Kathleen Turner to voice the English language versions. He wanted the world to see that Russia had a strong, serious cultural heritage’, said Tass. The work was so expensive that the deal was ultimately mired in lawsuits, triggered by the classic Hollywood problem of net profits which were chewed up in costs.  At one stage this became a lawyers’ cold war, as Russian courts decided for Soyuzmultfilm and the New York judges declared for Films By Jove for over five years. In the end, the Russians bought the physical assets back.

The pair ultimately set up the Malibu Beach Recovery Centre, which Joan Borsten calls ‘a successful addiction treatment facility in Malibu based on Russian methodology,’ ultimately on-sold to the iconically named Wells Fargo.

The documentary is an American production, funded by private US and Russian business interests, based on film clips, archival research, interviews with film people and Oleg Vidov’s unpublished autobiography.

The Moscow Film Festival calls it ‘a nuanced and honest look at the positive and negative aspects of life in the USSR’, and hosted the world premiere on April 23, 2021. A week later, Joan Borsten wrote this message on Facebook:

Dear Husband: I am happy to report that “Oleg: The Oleg Vidov Story” had a very successful Russian premiere at the Moscow International Film Festival. At the end of the film the audience began clapping rhythmically and chanting “Spacibo, spacibo.” Most stayed for a long question and answer session. Oleg, your fans still love you, and young people in the audience, born after you left, say they will recommend the documentary to their generation.

Nadia Tass claims there is a sense in which they brought Oleg home. ‘People didn’t know why he had left. Suddenly he wasn’t in any of the movies and his name was being taken off movies he had already shot. They felt a little betrayed and wanted to know why he had escaped.

‘Here he is saying, “I love Russia and I am never not going to be Russian.” This was a Russian man, living in the West, living in Los Angeles. Aside from the political and historical information, I was driven to portray a man who only wanted the freedom to live his life, to pay his taxes as he said and be a normal citizen.’

Tass was unable to go to Moscow because she can’t leave Australia due to COVID-19. Borsten did get an entry permit and reached the border all the way from Los Angeles only to be turned back by a guard. Despite claims that this was revenge for the old legal case with Soyuzmultfilm Studio, she insists that others had the same problem, including some festival judges.

She watched it on her iPhone, though a local stringer shot a pretty good piece in the foyer after the film.