Independent Cinemas Australia has helped its members through huge challenges like digitising and collective buying. But the Coronavirus is much worse.
David Tiley 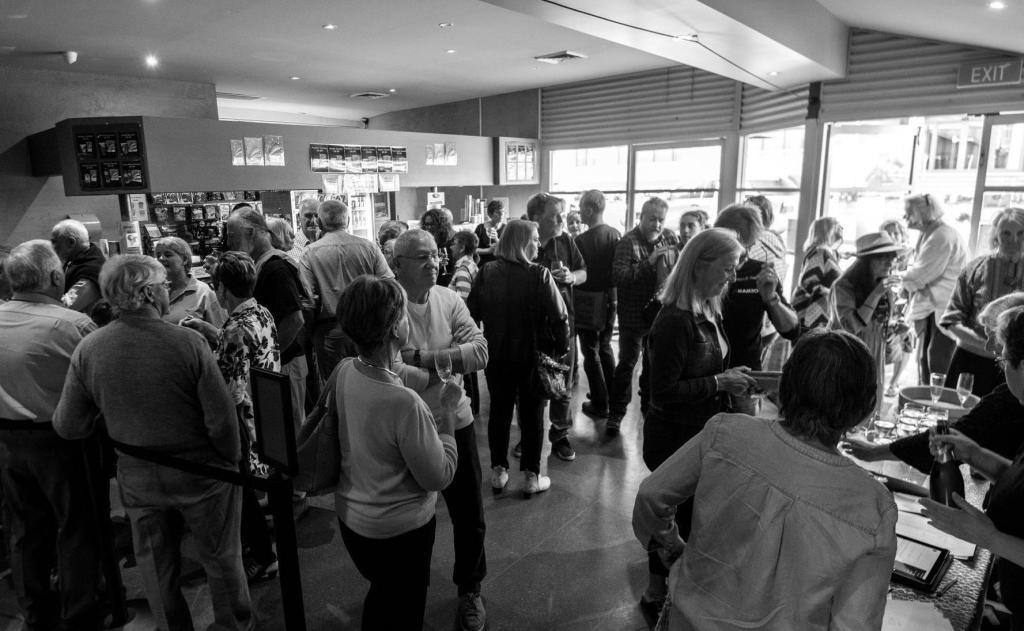 Every cinema in Australia is now shut. Adrianne Pecotic, the CEO of Independent Cinemas Australia, is providing support to the smaller chains, arthouse cinemas, and local picture houses at the centres of their community.

She is dealing with an immense whirl of detail and hearing people in a world of pain. ‘This is unprecedented,’ she said on the phone. ‘Nobody’s done this before in quite this way or at this scale. Sharing of information is really critical, and sharing support. You’ve either just lost your job or you’ve just fired everybody and put yourself on the Centrelink line, assuming you can get through, which nobody I’ve spoken to has been able to do.

‘These cinemas are businesses that people are running because they love the community, they love movies, they are show people.’

Denis Parkes is a former owner and now consultant to cinemas up and down the NSW south coast, like the Picture Show Man in his home town of Merimbula, where cinema attendances were hacked by fires and then the collapse of tourism. In Bateman’s Bay, the Perry Street Cinema lost a roof in the flames, only to experience significant rain damage. The cinema is now wrestling with insurers to pay for repairs during the shutdown. It may even struggle to find tradespeople currently working who could do the job.

In different forms, this sense of disaster started early for many regional proprietors as drought, fire and floods bit into rural life. The national shutdown started on Monday, normally a closed day for rural cinemas, so the owners had to ring around to their staff.

Said Parkes, ‘We were confirming what they probably already knew. They were assured that the cinema is closed and will reopen. Jobs are not lost but people need to stand by for the government support which could come through automatically.’

Cinemas often have quite large staffs. The Merimbula cinemas have up to twenty people, most of which are casuals.

Pecotic is advising her members to stay in touch with staff as they wait out the freeze.

It doesn’t help that picture show people are in the entertainment business. They tend to love the business, the constant flow of customers, the myriad small details. They are energetic and outwardly focused. At the moment they tend to be okay because there is so much to do, but Pecotic fears the point when the doors swing shut and owners and staff go home and slump on their sofas, to deal with the same weeks of isolation and family tension that millions of people are now enduring.

‘One of the things we are really trying to do is have a regular members meeting on the phone,’ she said. ‘We had one last week. We had the generous support of people like PriceWaterhouseCoopers and Holding Redlich and Acumen Insurance, who have been amazing’. Besides the legal issues, the banks, the landlords, distributor payments and the staffing issues, proprietors are faced with the peculiar glitches of modern technology.

ICA is trying to get a dispensation from the government so exhibitors can go to work at least once a week to fire up the projectors which are designed to work almost continuously. Fiddly details like internal batteries can cause enormous damage if the system doesn’t switch on when the punters come back. The sector spent millions of dollars in the digital transition and businesses can’t afford large scale rebuilds.

There is a particular cruelty for anyone who runs a venue, because every smart idea to repurpose a business relies on putting people into the space, which is currently impossible. This means their most important resource is now worthless. What is more, any attempts to repurpose into selling popcorn in the street or providing takeaways could well disrupt other local businesses, which are hanging on for grim death.

Really, this is a microcosm of so many industries which reveal the pressure points in a complex world. Rural communities may feel that the virus is abstract because it is hunting through cities. This logic fails to consider the fact that in the case of a rural outbreak, local hospitals will be totally inadequate. So many areas now rely on high-technology elements from petrol stations to milking machines, printing systems to pharmacy stocks. It is everywhere and it has to be maintained. All of which folds into the ordinary cycles of seasons, school holidays and peaks of demand. Not to mention the sheer lack of money.

Denis Parkes has a son who runs a dairy supply business, mostly to restaurants. He has lost a lot of business and is reduced to some speciality outlets like hospitals and nursing homes, along with supermarkets. He is effectively doing the same work and losing money.

Meanwhile, virtually no businesses are working in Merimbula. Only the supermarkets are still open, pouring food into the community which takes all it can get. The town is simply running out of cash.

Pecotic knows that her members provide social centres and the cheapest large scale entertainment in a family schedule. Good films will stack up for release. If her members can make it through this crisis, she believes they will thrive.

Denis Parkes is still grappling with the implications. Many cinemas are on a knife edge anyway and won’t survive their debt crisis, while others are run by older people who are ready to quit anyway. Who will buy a cinema in these conditions? Communities could lose a central asset which is used for much more than screenings.

‘At the moment, he said, ‘everyone is still in shock. I’ve been speaking to just the ones around me, and I think we’re still waiting for the penny to drop that this might go on for six months or more.’

Aside from anything else, this is a remarkable time for our national customs and identity. Parkes grew up in the area as the oldest of five kids with a father who had a damaged leg.

‘We were walking around the lake in Merimbula on our way home from school and the local barber called us all over and said, “Sit down on the bench. Your mother said I’ve got to cut your hair. So, we all sat down and had our hair cut. And we went home and Mum said, “Who cut your hair?” I was the spokesperson and I said, “Well, Mr Kilkenny did because you asked him to.” And she just looked at me and said, “No, I didn’t.”‘

‘And that was the town working’.

Who knows who we will turn into.