A year in, ArtsHub speaks with the National Sound and Film Archive’s new CEO on how exhibitions and digitisation are necessary to grow a living, accessible collection.
Gina Fairley
[This is archived content and may not display in the originally intended format.] 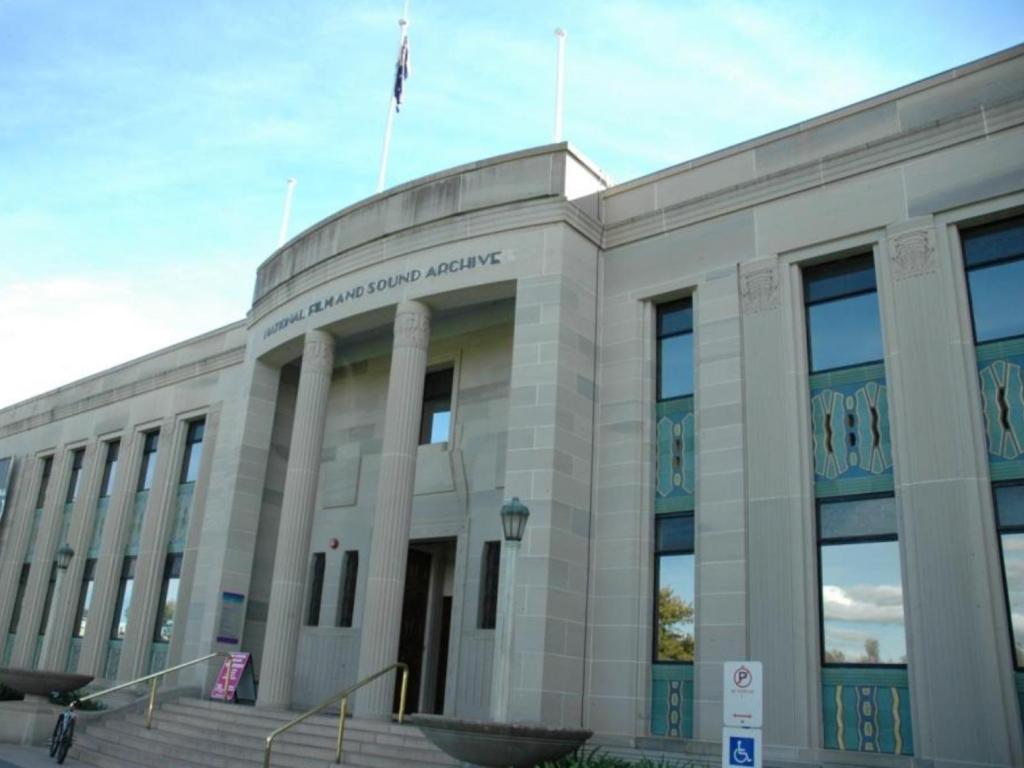 A year into the job as CEO of the National Film and Sound Archive (NFSA), Jan Müller is making changes.

‘It has been five years since we had our last exhibition at the Archive, and that was a permanent exhibition about film and the history of film. From today, the NFSA is open,’ said Müller.

He was speaking at the opening of the exhibition, Heath Ledger – a life in pictures, which recently opened at the NFSA in Canberra, having toured from Western Australia.

Müller continued: ‘The gallery had been empty due to budget restrictions – cuts from government – and with no money, we have been struggling with that.’

‘When I came to this country to pick up this role of CEO, one thing that was really important for my vision was the need to set money aside to be visible. An archive must be visible otherwise it doesn’t make sense – we need to be a living archive,’ Müller told ArtsHub.

How a European background can help an Australian vision

Müller started in the job in October 2017 with a four-year term. He came to Canberra from the Netherlands Institute for Sound and Vision – one of the largest audio visual collections in Europe – where he was CEO from 2009. He was also Chair of the Europeana Foundation, an online collection of over 50 million digitised items from museums, libraries, archives and collections, and had over 20 years working in the advertising industry including as CEO of Saatchi & Saatchi Amsterdam, President of the International Federation of Television Archives (2012-2016), was Chair of the Dutch Media Literacy program and the Dutch National Coalition for Digital Preservation and Sustainability.

At the time of his appointment, Minister for the Arts Mitch Fifield said: ‘Mr Müller is a global leader in film and media archives and museums and digital culture. His expertise will strengthen NFSA’s digitisation, public engagement and international and local partnerships.’

Müller’s appointment heralded an exciting next stage for the NFSA. With shoestring funding, but armed with an incredible resource, it needed to become more sustainable through become more active – that is a new push in the direction of exhibitions, workshops, partnerships and philanthropy.

Chair of the NFSA Gabrielle Trainor AO agreed with Müller. ‘We are in transition from an archive whose visitation and use has been limited by our physical footprint and outreach effort, to a collection which also can be accessed for research, education and enjoyment by exponentially more people, from their devices, online.

‘This requires re-invention of our physical presence and public engagement and a substantial ongoing investment in digitisation,’ said Trainor.

It was a ‘no brainer’ then, as Müller described, to bring the popular Perth-only Heath Ledger exhibition to Canberra to the national archive.

‘This place is about inspiration, and if we can inspire young students and new makers with this exhibition to make things and to create new audio visual work, then we are doing something right,’ he said.

Curator of the exhibition, Allison Holland said of the NFSA Collection: ‘I think it is inspirational if you are young and want to get into the film industry, then it is a great resource.’

She added that she felt the NFSA was a ‘place where that history and creativity can be stored for future generations. ‘Heath’s exhibition teaches you about hard-knocks and one of the quotes in the exhibition that Heath made was that “failure helps you to succeed”, Holland said.

The NFSA team pulled the tour off in a slim five months. ‘It is important to be visible and to come up with things like this show. We want to bring it – that heritage – to life, added Müller.

It a climate where YouTube, streaming and Netflix are part of our everyday, and exhibition that connects the visual object with that other visual reality is an interesting segway into bring audiences together.

What’s next for the NFSA’s exhibition program?

Müller admitted: ‘We don’t know yet. We are defining our exhibition agenda, but one thing for sure, we will continue to have an activity exhibition program.

‘Again, its’ not been easy; it’s about money. People expect things of an archive, but also its about re-allocating resources to do things better. We are building a curatorial team as we speak – we have a great staff and an archive depends on curatorial input – they are ready for the next exhibition,’ he said.

Part of the vision is building Ambassadors for the institution. ‘They are ambassadors for this exhibition – Abbie Cornish and Ryan Corr. It is all about being connected, and being connected means having ambassadors to go spread the word and tell people about what the NFSA is about, so when Abbie says how relevant an archive is, that is what we need – tell people that there is a place that you can experience and learn from our visual heritage,’ Müller concluded.

For more information about the NFSA, visit: www.nfsa.gov.au.

Gina Fairley was a guest of Ovolo Nishi, a partner of the Heath Ledger: A life in pictures exhibition at the National Sound and Film Archive.