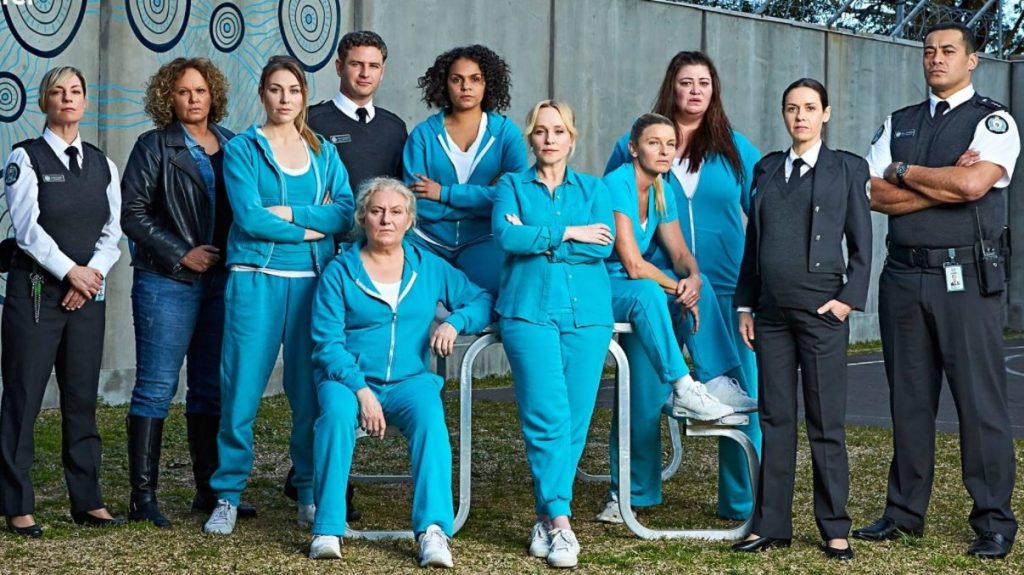 The cast of Wentworth. Image: Foxtel

This month’s streaming highlights see the return of old favourites, as well as some exciting new offerings across the board. There are opportunities to double down on Olympics fever with an Australian sports documentary, white-knuckle it through a locally-filmed thriller, or engross yourself in the ABC’s latest drama series. The biggest news of all is the announcement of the final season of Wentworth. The mammoth drama with a cult following will reach 100 episodes at its conclusion, each dedicated to the heightened drama of an Australian women’s prison.

ABC is set to premiere a new drama this month with The Newsreader. Set in the tumultuous world of an 80s television newsroom. Created by former Offspring lead writer Michael Lucas, the series follows newsreader Helen Norville, played by Anna Torv, who is determined to build her credibility, and her colleague Dale Jennings (Sam Reid) is desperate to become a newsreader. The series’ character drama plays out against a backdrop of era-specific issues, from Halley’s comet to the AIDS crisis.

Anyone who’s been enjoying skateboarding at the Olympics is likely to enjoy this nuanced documentary about Poppy Starr Olsen, the number one female skateboarder in Australia, who is currently representing Australia at the Olympics in the sport. The documentary follows her life from an early age, from first picking up a deck at age eight, to the complexities of a relationship with a mum-turned-manager as she finds her place in a male-dominated industry.

The second season of Abby McEnany’s painfully brilliant dark comedy, Work In Progress, is set to delight queers everywhere. The first season followed Abby, a suicidal self-described queer dyke who feels she has failed in life – until she meets bright-eyed 22-year-old trans man, Chris. What follows is a love story that is equal parts hilarious and heart-breaking, as Abby learns that her cycle of self-sabotage can’t be cured by love alone.

While the lauded first season ended on a dark note, The Politician’s Theo Germaine is set to return in the role of Chris. I’m not sure if I’m hoping for a reunion (narratively satisfying!) or for them each to find love elsewhere (honestly, probably healthier), but queer people everywhere will be celebrating to have them back streaming on our screens.

Teal Tuesday is finally back this August, with the premiere of season 9 of Wentworth. This is the much-anticipated final instalment of hit Aussie prison drama. The ten-episode season will show weekly at 8.30pm from 24 August onwards, as the monumental story of the women of Wentworth draws to a close.

Tony Ayres latest project is coming out on Netflix, streaming at the end of August. Clickbait is a character-driven thriller for the age of the internet.

‘American actor Adrian Grenier (Entourage) stars as Nick, a loving father, husband, and brother, who one day suddenly and mysteriously disappears. A video appears on the internet showing him badly beaten up, holding a card that says ‘I abuse women. At 5 million views, I die.’ Is this a threat or confession? Or both? As his sister (Zoe Kazan) and wife (Betty Gabriel) rush to find and save him, they uncover a side of Nick they didn’t know existed.’

Despite featuring international talent, the eight-part series was filmed in Victoria during 2020, and written by bestselling Melbourne author Christian White.

Finally, Stan has a treat for fans of superheroes. The local streaming service is bringing a huge cache of DC classics to the platform, ranging from 2016’s Suicide Squad, to the deliciously camp 90s live-action Batman films, to classic cartoons. The full list is below: