Quibi disaster: how to lose $1.75b on something you don’t understand

'No I don’t have any data – but it’s true,' says Hollywood mogul Jeffrey Katzenberg, as he turned Quibi into a Hindenburgian explosion in the digital domain.
QUT Digital Media Research Centre (DMRC) 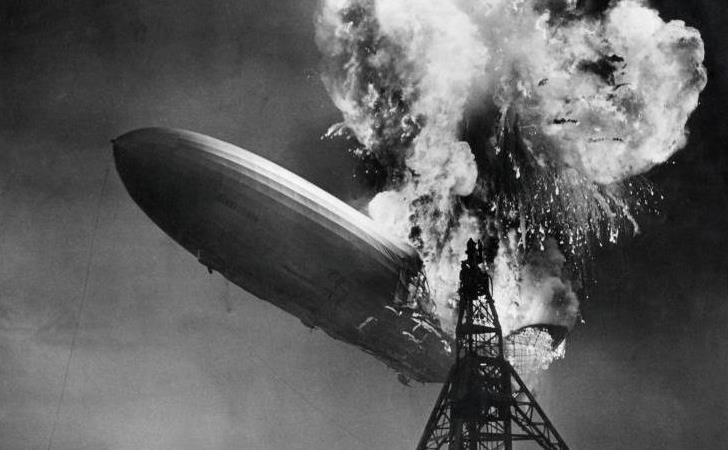 Digital short-form series, often referred to as web series, has been around since the early days of the internet. National funding bodies, broadcasters, production studios, streaming services and even apps became hypnotised by the huge numbers of clicks they secured. They began to acquire and thus fuel the production of series, which helped a new generation into mainstream media.

Surely online streaming could provide new audiences for short films as well, and bring the same career magic to filmmakers?

In a way, the Western screen sector was taunted by the evolution of short film entertainment across China, Japan and other Asian countries, where commuters on their way to work created rich pickings in a vast market.

What followed was a saga of misunderstanding, overconfidence and sheer rigidity which is sad but instructive.

Only six months after its launch, Hollywood mobile short-form app Quibi announced in late October that it will be shutting down after failing to find a buyer. The collapsed venture thus claims pride of place in a line of commercial failures in the relatively short history of short-form series, in what can only be described as a predictable ending.

Screen Australia, which comes out of this story pretty well, has administered various funding initiatives for web series production since 2012. They have funding partnerships with Google/YouTube and, more recently, with Snapchat for series content specifically produced for their platforms, by either emerging or established screen producers and/or social media entertainers. In 2017, Screen Australia reported to have funded more than 150 online projects with more than $25 million (since 2012), and that these series had amassed more than 3.5 billion channel views on YouTube alone.

Quibi, however, announced in mid-2018 (as New TV) was touted as a mammoth in the – popular, albeit financially unwieldy – digital short-form series market. It was a financial rather than a cultural play.

Backed by US$1.75bn in venture capital from major investors, including Hollywood studios, tech companies and legacy broadcasters, Jeffrey Katzenberg, a former chairman of Disney and co-founder and former CEO of DreamWorks, promised blockbuster entertainment with A-list talent, delivered in ‘quick bites’ (hence the name ‘Quibi’) to your mobile, ‘tailored to your daily commute.’ The new venture was going to make waves in the market because it had a major point of difference that meant it wouldn’t be competing with the giants in the streaming wars. Beyond that, Katzenberg was coy about exactly what the point of difference was, except it would involve mobile devices.

Quibi’s mobile app launched in April 2020, amid the COVID-19 pandemic. It noted 1.7 million downloads in the first week in the US – far below its projected 7.4 million, and despite a 90-day free trial. Already within the first week of the launch it fell out of the top 50 apps in Apple’s App Store, and it became apparent the titanic venture was heading for the metaphorical iceberg.

Katzenberg has largely blamed the pandemic for the failure, suggesting the biggest problem was that not many people are commuting during a pandemic, and therefore their core audience was practically non-existent.

While there may be some truth in the claim, this article argues that Quibi positioned itself out of the picture from the start, by ignoring obvious lessons from the past and the present.

Quibi joins a conga line of commercial failures in the short-form series space – one that Katzenberg himself was arguably leading from the front already. One of the first notable failures was a platform called Pop.com, which was a joint venture between notable investors that included DreamWorks, where Katzenberg was CEO at the time; Ron Howard’s Imagine Entertainment; music industry heavyweight David Geffen; and others. It folded in 2000, having spent its $7.2 million funding, with Katzenberg conceding: ‘There was just no market out there.’

‘There was just no market out there.’

Over the two decades that have passed, numerous ventures have tried and failed at finding a viable business model for short-form serials, across the spectrum from largely being driven by user-generated content (UGC) and professionally generated content (PGC). Viacom’s $200 million takeover of Atom and its Atom Films in 2006 was ensued by a slow death before being absorbed by Comedy Central in 2011 and going defunct in 2012. Other platforms came and went with multi-million-dollar losses, including KoldCast TV (2014) and Blip TV (2015). The latter was initially owned by Disney, before receiving its long-awaited death sentence under the auspice of Maker Studios, a YouTube multichannel network. More recently, the collapse of other short-form and, importantly, mobile subscription on demand platforms such as Verizon’s US$1bn disaster Go90 (2015-2018), Canal+’s Studio+ (2016-2018) and Blackpills (2017-2019) were arguably canaries in the coal mine for Quibi’s business model – though it’s worth noting the latter two focussed exclusively on scripted content.

Quibi entered an already crowded streaming market at a price point above both Amazon’s Prime Video and AppleTV+. Also, Disney+ had announced its launch in November the same year. Quibi’s monthly subscription fee was US$7.99 for an ad-free experience or US$4.99 with ads. (The issue of charging for a subscription with ads will have to be a topic for another piece, another time).

Quibi’s ‘point of difference’ was an impossible sell

It’s tempting to say that history repeats itself given Katzenberg’s background. But it is important to note that the market and audience that he argued ‘weren’t there’ in 2000, are most certainly there in 2020.

They are content hungry, but also savvy and choosy. They want flexibility of access and they want to connect, share and discuss. Being mobile-only, Quibi had painted itself into a corner in the marketplace.

The lack of flexibility of access was an issue that was repeatedly dismissed by Katzenberg as it was widely observed and criticised by commentators along the way. The content was locked to mobile only, also restricting users from connecting to other screens, and with no offer to engage with the content beyond passive consumption.

At the time it shut down Quibi had only about 500,000 paying subscribers – hardly enough to cover exuberant budgets for its original series.

Star power alone is not a model for success

Quibi focussed almost exclusively on star power on both sides of the camera, citing budgets of up to US $100,000 per minute. These are extraordinary expenses in the short-form market, which is otherwise largely driven by early-mid career professionals and proto-amateur creators, who are also arguably the leading experts in engaging audiences. The failure of YouTube Red’s A-list approach should have provided an obvious red flag in this regard.

Despite lavish budgets, the content Quibi offered also lacked an edge in the market. It had only 16 narrative series in a slate was heavily loaded with unscripted content largely made up of reality, lifestyle and game shows. All of which are arguably assembly line productions in the free-to-air broadcast sector. It has also made its way into the streaming giants, and thus unlikely to attract new subscribers to a platform with limited offerings.

Media and industry press loved to hate Quibi and not without its reasons. The announcement of one of its slated reality shows, Squeaky Clean, where contestants would compete in household chores, was largely met with ridicule – for somewhat obvious reasons (who wants to pay $8 per month to watch stressed out couples scrub their ovens?). Chance the Rapper couldn’t be helped in the decidedly mediocre Quibi reboot of MTV’s guilty pleasure hit Punk’d.

To put it bluntly, as Kathryn VanArendonk did in Vulture, everything on the app “feels like queasily retrofitted versions of other kinds of video storytelling, not a dramatic investment in the creative potential of short, small mobile stories. It’s bad.”

At SXSW in 2019, CEO Meg Whitman said the following about the decision-making dynamics:

“I am deeply analytical and Jeffrey will argue in stories and allegories […] And I will say: ‘Jeffrey, do you have any data to suggest that what you have just said is true?’ And he’ll say, ‘no I don’t have any data — but it’s true,’ Then I will come with data, facts, total available market size, market segmentation, market research, and he will say, ‘you know, not everything yields to analysis.’ And I’ll say ‘no, not everything does, but most things do.”

As for the limited scripted offerings, in a market where the Hemsworths are everywhere already, it seems a tough proposition to charge a comparable price for less content featuring your favourite stars.

If only Quibi dared to dream different – and perhaps, as Whitman suggested, looked more closely at the data available.

Instead it attempted to platformise what is an organic, non-hierarchical, hybrid, and transmutable form. Audience engagement and the feedback is central to the success of web series, short-form series, ‘quick-bites’ or whatever we want to call it. Limited feedback and interactivity with the content restricts audience participation, and potentially diminishes the ability of content producers to be nimble and respond their audiences.

A flawed model: Short-form is not Hollywood

In their 2019 book, Social Media Entertainment, Stuart Cunningham and David Craig accounted for ‘significant differences’ when comparing SME with the major streaming giants, noting the flexibility created by limited ownership stakes in IP from the platforms, and focussing on creator-driven and audience-driven spread of the content.

Henry Jenkins, Sam Ford and Joshua Green observed as early as 2013 that a key measure of success in the post-Web 2.0 world is the ‘spreadability’ of media content, referring to “the potential – both technical and cultural – for audiences to share content for their own purposes, sometimes with the permission of the rights holders, sometimes against their wishes” (2013: 3). The term ‘spreadable media’ thus works as a metaphor for what is a significant paradigm shift from ‘distribution’ (meaning access is controlled and limited in a top-down flow from the rights-holder) to a more open and audience-driven ‘circulation’ of content.

The old chestnut here, of course, is finding ways to monetise this approach. The secret ingredient in the magic pudding that is financial viability for short-form screen content remains undiscovered. But history repeatedly tells us, loud and clear, that locking up the content on a single screen with zero engagement strategies is a recipe for a short life, and not a happy one.

Here is the SXSW 2019 session with Katzenberg and Whitman. It has an eery “before hindsight” edge: 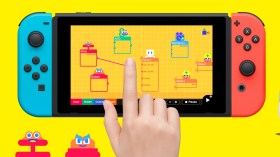 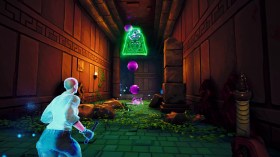