Based on the novel by Antonio Incorvaia and Alessandro Rimassa, 'The 1000-Euro Generation' is a comedy set in today’s Italy and follows the fortunes of a member from the Y Generation.
Fouli Christmann 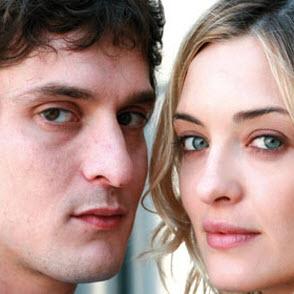 Based on the novel by Antonio Incorvaia and Alessandro Rimassa, The 1000-Euro Generation is a comedy set in today’s Italy and follows the fortunes of a member from the Y Generation.

Matteo played by Alessandro Tiberi is a 30 year old mathematics graduate who works in a marketing department of a telecommunications company. He is a small character with a bit part in his company and reality is dismal. On a salary of 1000 Euro a month he shares an apartment with flatmates and contends with the daily problems of covering the rent and meeting unexpected expenses which arise from a flooded bathroom. He says he feels like a small character in a video game controlled by others and daydreams of a happy ending sharing his life with a soulmate.

As a maths graduate, he continually ponders the probability of events happening to him. He estimates his likelihood of being sacked, of winning the science award, of gaining a permanent job in academia. Life seems so random that even the ability to analyse it on an objective level offers no certainty. Just when it seems he is going to be sacked, he receives the opportunity of a lifetime. Just when he meets the girl of his dreams, she is going to leave.

At some point Matteo realises that he has to decide who he is and what he wants from life. He cannot retreat behind his theories, but needs to become the protagonist and choose his position. Only when he is offered a choice between the daydream and the reality does he realise what he values. Matteo is played expertly by Tiberi who brings out the nuances in his character. We start to see him as a naïve and bumbling character, but he develops with layers of passion and feeling.

The comedy between Matteo and his flatmates is lighthearted and the cast is fresh and likeable. A contrast is achieved between the ambitious perfectionist Marketing Director Angelica and the zany and vivacious flatmate Beatrice. The best friend Francesco is a classic character who is at Matteo’s side with sound advice.

This is realist cinema, taking a short time in a protagonist’s life and following him on his journey. On show here is modern Italian society, depicted with all its flaws and without melodramatization. Though the economy has disintegrated and the youth do not have any guarantees, they are happy through meaningful relationships and staying true to their ideals. It is hopeful, but you are left wondering what future these youth will make from all the uncertainty.

Directed by Massimo Venier, this is his seventh film. He has written and directed films mainly in the comedy – crime genre. Origianally Venier was part of a quartet of directors including Aldo Baglio, Giovanni Storti and Giacomo Poretti who became famous following the successful 1997 comedy Tre Uomini E Una Gamba. The film was a breakout from the mould of arthouse films. Its humour relied on a knowledge of contemporary Italy and social and political awareness. Nevertheless it was a box office hit, a model for the film 100 EU Generation in terms of its humour and appeal to ordinary Italians

Fouli Christmann is a Melbourne based writer. She loves exploring Melbourne and embraces the City’s search for cultural enlightenment. She last attended the Melbourne Open City Walks and discovered some previously unknown corners. She is usually found at one of the many festivals including the Greek, Italian and German Film Festivals. With links to these countries by birthright and marriage she has acquired an extensive knowledge of their idiosyncracies and foibles. She enjoys winding down by cooking for family and friends and trying out the restaurant of the moment. When not attending the latest cultural offering, she can be found at work in the Australian Public Service.