Janine Hosking's documentary investigates a complex musician and the arts establishment that failed him.
Anthony Morris 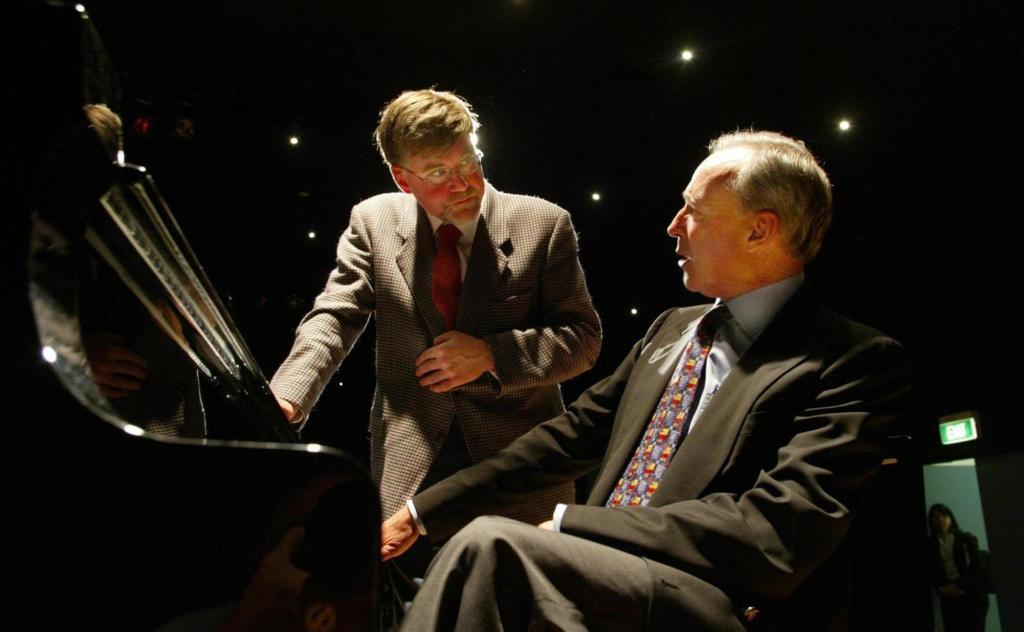 In 2009 child prodigy turned internationally renowned concert pianist Geoffrey Tozer died alone and destitute in a rented Melbourne house at the age of 54. At his funeral at St Patrick’s Cathedral, former Prime Minister Paul Keating gave a eulogy where he described Tozer’s death as a massive loss to music around the world – then went on to lay the blame for his death at the feet of the Australian arts establishment, specifically the Sydney and Melbourne symphony orchestras.

According to Keating, it was their indifference and contempt for Tozer that led to his premature demise: “If anyone needs a case example of the bitchiness and preference within the Australian arts, here you have it.”

But was it true? Janine Hosking’s documentary The Eulogy sets out to find the answer, with music educator Richard Gill (now sadly deceased) doing the on-screen legwork. In a very real way, Tozer’s fate was sealed before he was born: Victoria Tozer was a gifted pianist and music teacher singularly determined to create a musical genius, and it rapidly becomes clear that she succeeded spectacularly with Geoffrey.

But his childhood was tough, offering little more than endless practice. Even when his career took off, it wasn’t easy. His mother wasn’t the best help when it came to moving beyond being a “boy wonder”, and making a living as a concert pianist is a struggle anywhere in the world – but especially so in Australia.

Gradually Hosking and Gill lay out the case that Keating’s take isn’t so much wrong as just one side of the story. For one thing, Tozer was clearly brilliant, but he was the kind of brilliant that got bored playing things the same way every time, which is a problem if you’re going to be part of a team.

Keating was a fan and a friend since he first heard him play in 1986. When his government directed a pair of hefty grants his way (Keating had no involvement in the decisions), it generated both envy and ill will in the wider arts community, even if Tozer was obviously deserving of the support. And as one of Gill’s students points out, Tozer was clearly so far ahead of the pack in Australia at the time that having him play with others would merely make the others look bad.

So why didn’t he leave the country? A range of personal issues definitely played a part. His mother dominated his life; it wasn’t until after her death that he explored his sexuality (and, it seems, started seriously drinking). Partly, it seems, he simply couldn’t afford to leave his pianos.

Friends say his only serious romantic relationship was what hastened his demise; Hosking interviews Tozer’s lover, who has a more nuanced take on things. And Tozer was an artist in Australia, which is rarely an easy thing to be, though this documentary is at times frustratingly vague when it comes to the grit of how the establishment thwarted Tozer’s career.

With his eulogy, Keating, one of Australia’s greatest political operatives, knew exactly how to sink the knife into the establishment (it’s notable that while Tozer’s flaws are laid bare by his friends and colleagues, the rebuttal of Keating’s claims of artistic neglect presented here is far less robust); in investigating his claims, this gives Tozer a more nuanced and rounded tribute.

The Eulogy is a warm, generous, informative look at a complex man who struggled with his own issues and an arts establishment not suited to his genius. If anything, this could do with a little more of Keating’s passion, even if this suggests that passion was fueled by his sense of having failed a friend (Keating himself declined to be interviewed, though he does read from his eulogy).

“We should have cared more and done more,” Keating said, and it’s difficult to argue with that.