Unjo Moon's debut feature has profound affection for its subject but the script could have done so much more, argues Mel Campbell.
Mel Campbell 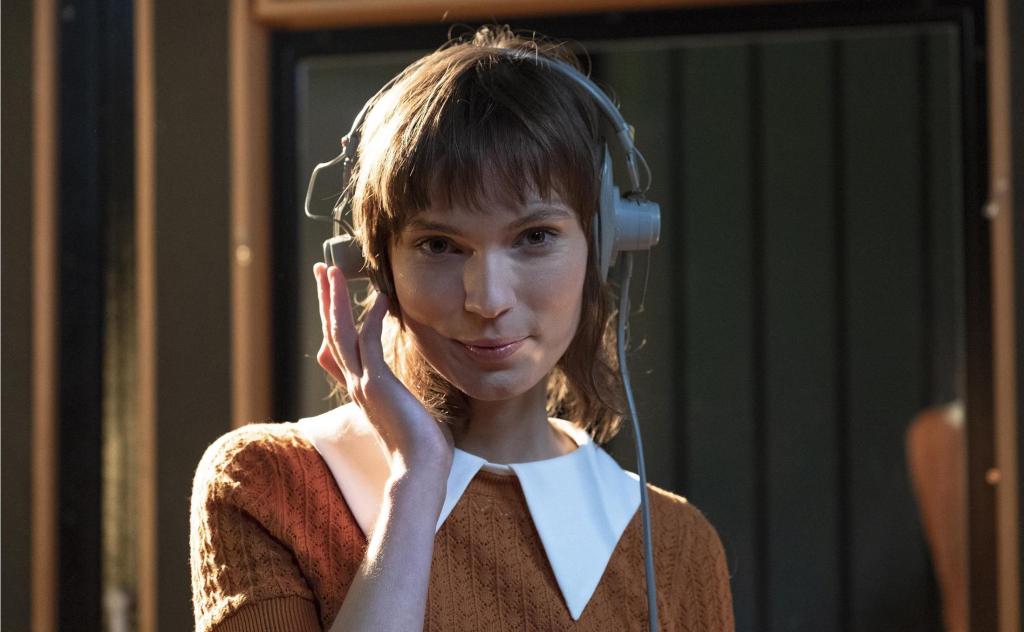 Australian superstar singer Helen Reddy was never cool, which is what makes her both intriguing and challenging as the subject of a creative biopic. Such movies want their audiences to vicariously share both the struggles and the spoils of stardom. They also explore the protagonist’s cultural legacy in order to justify their own existence. Reddy’s music has got to mean something to people, even now, or why even make this movie?

The song that gives Unjoo Moon’s debut narrative feature its title emerged at just the right time to become an anthem for a mainstream feminist movement, even though – as the film dramatises – male record executives found ‘I Am Woman’ “too angry”, and buried it as an album track. Even so, it’s an outlier in Reddy’s oeuvre; she preferred to exercise her supple voice in lushly orchestrated middle-of-the-road ‘story songs’ written by others.

I Am Woman is at its best when it’s energised by a profound affection for its subject, and by Tilda Cobham-Hervey’s similarly sincere lead performance. Its deft incorporation of archival footage, and its production design (Michael Turner), art direction (Marianne Evans & Peter ‘Babylon’ Evans) and especially Emily Seresin’s costumes, effectively ground the film in its 1960s–1980s setting; older viewers who lived through this time will find much to enjoy.

Yet it suffers from a dull, cliché-sodden script by Emma Jensen (who did the same thing to Mary Shelley), which insists on squashing Reddy’s career into a predictable biopic narrative arc, and struggles from the get-go to portray her as a feminist icon. In so doing, the film slides over what was really defiant about Reddy.

Raised in a Melbourne showbiz family, Reddy was a consummate professional. A teetotaller with an indefatigable work ethic, she struggled against music-industry tastes for youth-oriented debauchery, experimentalism and rawness, yet she was perfectly placed to benefit from the 1970s shift towards smooth, virtuosic craft that appealed to adult listeners. Reddy’s feminism expresses itself as an ordinary, everyday faith in her own value as a person and a performer – but the film’s corny storyline constantly renders her naive and passive, exploited and humiliated by her cocaine-huffing husband–manager Jeff Wald (Evan Peters).

The film begins in 1966, when Helen arrives in New York after winning a recording contract in a Bandstand TV competition. Having already rebelled against her unconventional upbringing by settling down in an ill-judged teenage marriage, she’s now a single mum. And when her dream is crushed almost immediately by a leering, sexist record executive who explains they’re really after all-male groups right now, Helen keeps chasing it anyway, singing in dingy, mostly empty cocktail lounges while her three-year-old daughter Traci waits in a scummy, cockroach-infested hotel.

Her luck turns when she befriends fellow Aussie expat Lillian Roxon (Patti Cake$ star Danielle Macdonald), a gregarious journalist who introduces Helen to New York’s demimonde, awakens her to the emerging women’s liberation movement and – crucially – throws her a rent party where she meets Jeff. Sloe-eyed, Beatle-mopped, talking big yet silently enraged when Helen beats him at chess, Jeff is clearly destined to be an absolute millstone around Helen’s neck. The first red flag – he doesn’t even pay the party’s cover charge.

Together, Cobham-Hervey and Macdonald command the screen. I could have watched a whole movie about Helen’s and Lillian’s chalk-and-cheese friendship. Two outsiders striving to make it in the US, they were both perfectly placed to observe the shifting cultural zeitgeist. And their loyalty to each other is challenged by their divergent professional values – Helen is scared she’s not edgy enough for Lillian, while Lillian expresses her own fear of abandonment on the page, through her brutal, excoriating wit.

But here, Lillian is not much more than a narrative engine. As soon as she coughs bohemianly and mentions her asthma, we know she’ll lead Helen along a feminist path and then provide her with motivating angst by dropping dead in act two – though she continues to inspire Helen late in the film through her liner notes for Helen’s debut album. For a supposedly feminist project, it’s a crappy treatment of female friendship.

Jeff’s cocaine sniff serves the same clunky foreshadowing purpose. Peters, so sly in other roles, is weirdly flat and charmless here; it’s mystifying that Helen trusts him to run her career, but it’s no surprise that he fritters her fortune away. Jeff quickly becomes so paranoid and dishevelled that it’s almost satirical, like the slurred dialogue and askew wigs in Drunk History.

What saves this film is Moon’s intuitive understanding that Reddy shone brightest in live performance, where she could be completely, unambiguously herself. As Helen’s singing voice, Chelsea Cullen strikingly evokes the combination of vocal warmth and texture that made Reddy so successful, while Cobham-Hervey nails her quiet self-possession.

A key early scene has Helen transcend the recording booth by imagining she’s serenading Jeff with her breakout hit, a cover of ‘I Don’t Know How To Love Him’ from Jesus Christ Superstar. And several enjoyable, extended stage sequences are captured with glowing immediacy by award-winning cinematographer (and Moon’s husband) Dion Beebe. These include two performances of ‘I Am Woman’ that are intercut with rapturous responses by women of all ages and ethnicities.

Rather than banal biography, it’s this confident presence – this insistence that uncool, ignored feelings deserve a spotlight where they can be heard and shared – that is the secret of Reddy’s enduring popularity.