"This too shall pass.' In a week of convulsive re-invention, we remember the basics.
David Tiley 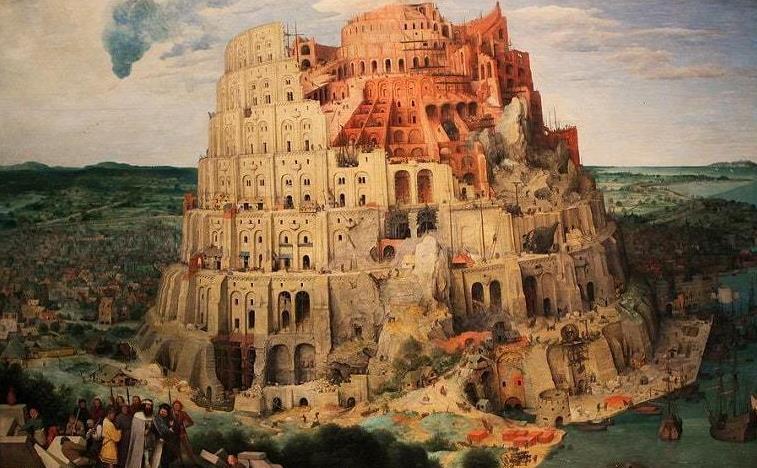 Well, what do we do now? Image: The Tower of Babel by Pieter Brueghel the Elder (1526). Image: Wikipedia

Graeme Mason, CEO of Screen Australia, is always determined to argue a positive case, which is echoed in our consistent coverage of success. After all, he has spent most of his tenure dealing with government cuts in a time of increasing demand so he can’t surrender to the glums. .

But I like to think he was referring to us in a comment he made to Matthew Deaner, CEO of Screen Producers Australia in a zoom conversation on Thursday 1 October.

‘I understand that it’s always a concern if you had one thing, and suddenly you’ve got less. I’m not immune to that. But I guess I was slightly bemused yesterday by some of the… you know, it was an emotional day for someone.’

It was certainly an emotional day for us and for many people who have tracked the battle to protect children’s television over decades, and to sustain television production levels. They told us they were gutted.

Mason went on to say, ‘But it felt a little bit over the top to think it’s the end of the world when you are still talking about a mid-size film here, a local Australian film, [for which] the Federal Government’s going to give you a 30% offset, Screen Australia could be giving you up to15-20%, as well, as the states giving you between five and 10%, so you’re still talking about having 50% plus from government money.’

All that is true, and the government invests an enormous amount of money in screen, if we include the ABC and SBS, as we should.

Maybe we should acknowledge that if producers can’t get the rest of the money with that support, they should dump a project or at least rethink their own CVs. The second half of the money is difficult to get, which is a truism made worse by collapsing distribution guarantees and presales. But the final deals are the hardest to pin down, and put producers in the hands of vultures, to use a word I have heard often. For this money they surrender the most in returns, and decisions like selection of cast.

The market for projects has a really strange twist. This is an abstract environment, about risk, future behaviour and the uncertainties of audiences. Financiers of all kinds build rules which drive producers nuts, and then those rules magically disappear. Mates, some cry, cultural mirroring, ambitious executives, distaste for certain genres… all probably true to some extent.

But a great project, with good marketing assets like a clear purpose and vivid promise, creates a gravity well with the power to change reality itself. Getting that great project is a trick with many parts.

Screenhub’s general editorial position is this: how do we step back and work out how to support excellence? We admire the significant portion of this industry that has always understood that goal, and we are thrilled that the opportunities for world class production are expanding so rapidly. The bizz is getting better from web series clear up to tentpoles, and that is a delight for all of us.

We particularly value lower budget and more adventurous projects, but we think this raises a very basic question: how much of the market-failure role of agencies and the Offsets can be justified for training? Can we find some better way of making sure that support goes to projects with excellent development? And how do we build that into our screen production culture?

At the same time, we are a trade publication and we are here for everyone, and we are enchanted by the way that screen has become a key form of communication across the whole society.

Everything is a muddle right now as producers race back to the familiar ground of production. We shall see. But we are pretty sure the solution lies with new generations of creators who may live in the back rooms with whiteboards and an encyclopaedic knowledge of the medium. Those people have always been there, but they have been too easily ignored, and  been out-competed by gimcrack rulemakers.