There are good reasons why Little Women is a remarkable film, which are surely worth honouring.
The Conversation 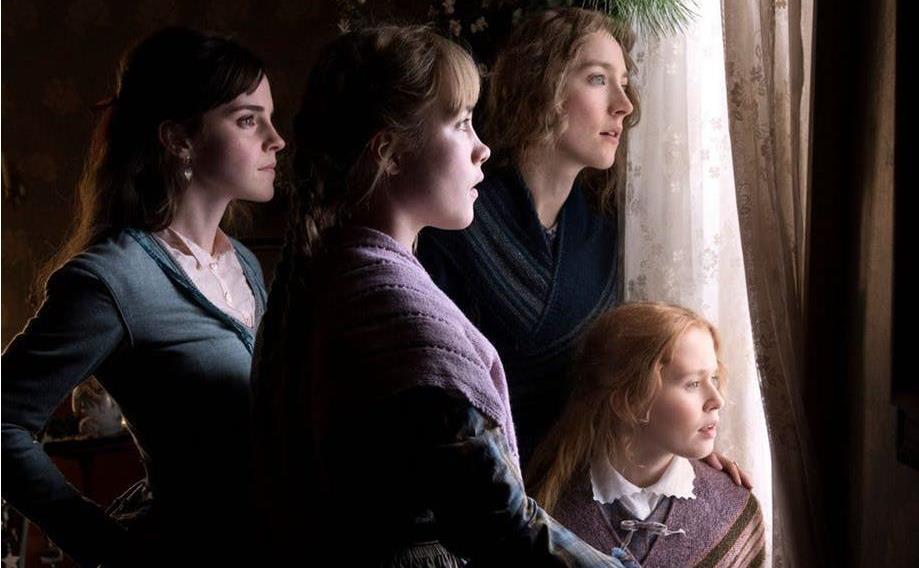 Greta Gerwig’s Little Women (2019) has received Oscar nominations in several of the same categories as her solo directorial debut, Lady Bird (2017). Most notably, another writing nomination for Gerwig, this time in the adapted screenplay category. However, Little Women, unlike Lady Bird, did not earn her a nomination for best director. The shortlist for that category is, for the 87th time in 92 ceremonies, all male, and some might say, all rather macho to boot.

To understand what gets a director nominated, you have to understand what they do. Directors are responsible for integrating every moment of a film – does that camera movement work in this space? Will that costume work for this character in this situation? – and for how one moment relates to another, which creates dimensions of experience crucial to the success of any effective movie: pace, rhythm, mood.

If this is the job description, then Gerwig more than meets the shortlisting criteria.

In adapting the novel for the screen, Gerwig presents the story using a dual time scheme. We begin with the March sisters scattered – Jo writing and teaching in New York, Amy in Paris, Meg married, and Beth still at home. Once this timeframe is established, the movie jumps back and forth between it and one that starts seven years earlier, with all the girls under the same roof.

This structure goes beyond achieving narrative economy. By shuffling the temporal deck, Gerwig brings moments from the characters’ lives into proximity to one another in ways that serve, and create, much of the film’s emotional effectiveness.

This is where we can see vivid instances of Gerwig’s skills as a writer meshing with her skills as a director. In the most powerful instance of this device, Gerwig jumps between parallel incidents across her two timeframes to amplify the emotional effect of each. For those who have seen the film, they will know that it’s in the scenes of Beth’s sicknesses. __

It begins with Jo returning home from New York to tend to Beth. We flash back to her doing the same during Beth’s first illness. Jo falls asleep next to Beth. When she wakes up, the bed is empty. She rushes downstairs to the kitchen. We see her feet on the stairs and her hand on the banister. Her mother turns to face the camera, and in so doing reveals Beth, out of bed, and recovering at the kitchen table. Joy and relief overflow.

It is not much later that we return to the present and cut to Jo, again, waking. The bed is empty. Jo again goes downstairs, but more slowly this time. We see her feet on the stairs and her hand on the banister. In the kitchen, her mother turns, but this time, she is alone, crying at the table. A narrative event is given a form that makes the effect at once less straightforwardly sentimental, and more deeply emotional.

The sustained structuring of the audience’s emotional experience may be Gerwig’s greatest achievement in Little Women. Hitchcock is probably the most famous example of a director who recognised that what is ultimately being directed is the viewer’s emotional response. But while Hitchcock’s audience positioning tends towards the sadistic, Gerwig works in a very different emotional register. The key emotions she seeks to depict and evoke are joy, kindness, generosity, and openness to the experiences of others.

Little Women is full of moments of shared delight. Sometimes these are key events, like weddings or reunions, but the film also makes space for more everyday instances – such as a short scene where the sisters, dressed up as men and running what readers of the novel will know as the Pickwick Club, harrumph with affected self-importance at one another while chewing on pipes and stamping their feet, all delighting in and feeding off one another.

The challenge of having to stage images and manage the action for four (or more) main characters becomes a resource for Gerwig. Organised chaos and overlapping dialogue create an appealing sense of bustle. Being able to cut sequentially to four close-ups allows the infectious emotional responses of the characters to be amplified and elongated for a few extra beats.

Towards the end of Little Women, when asked about her writing, Jo tells her sisters that she has been writing about all their lives, but is worried that this subject matter is too trivial for public consumption. Similarly, Gerwig’s emerging body of work aligns her with filmmakers who avoid world-historical “eventfulness” or “importance” in favour of pursuing more valuable possibilities of film art. 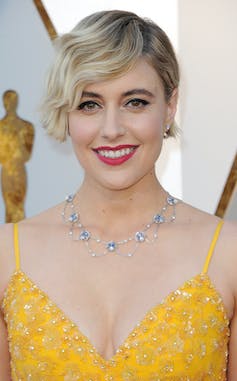 Greta Gerwig received a directorial nomination for her first film Lady Bird but was overlooked for Little Women.
Tinseltown/Shutterstock

Perhaps Jean Renoir– many film lovers’ quintessential example of the director who embodied and captured film-making generosity – put it best in a letter to a downhearted actress Ingrid Bergman, consoling her after the disastrous reception of Joan of Arc (1948). Renoir tells Bergman that he sees his previous defence of the importance of “great subjects” as stupidity, and laments not having seen more clearly “what alone is worthwhile” in filmmaking: “the detail in human expression”.

Such detail abounds in Little Women. Gerwig builds the film’s overwhelming emotional experience out of a series of wholehearted human encounters, realised with warmth and joy. This is a feat of directing all too rarely attempted, as indirectly attested by the films on this year’s Oscars shortlist for direction, which focus on confrontation, and violence. So to have succeeded in the feat as deeply as Gerwig has in Little Women should surely have earned her an Oscar nomination.

James Zborowski, Senior Lecturer in Film and Television Studies, University of Hull. This article is republished from The Conversation under a Creative Commons license. Read the original article.