Smart policy, cultural pride and an Asian language puts Korean cinema at the heart of change. Here's an excellent potted history.
The Conversation 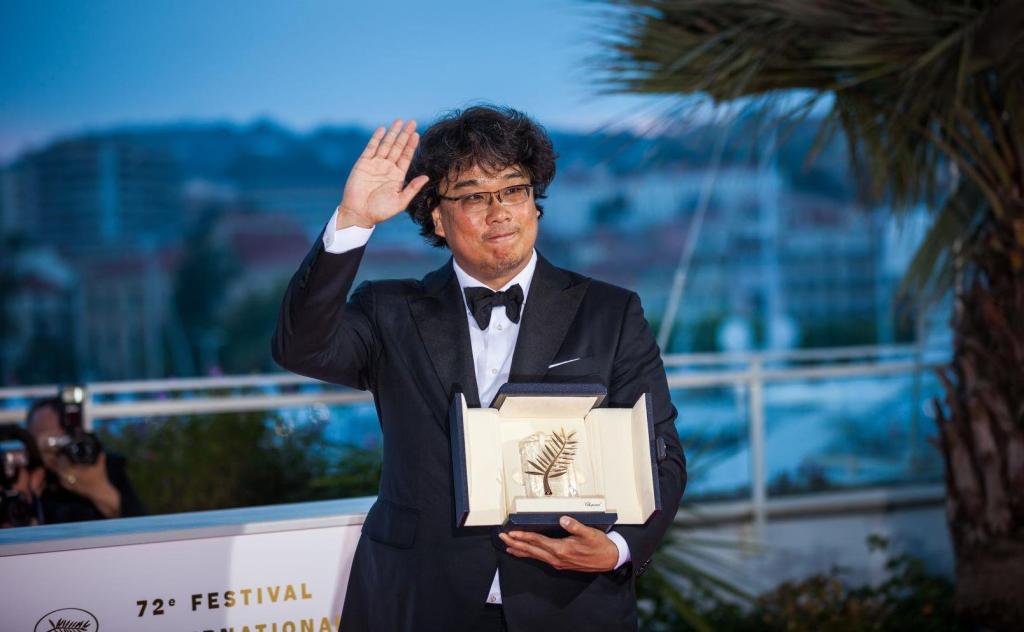 The international success of Parasite, the black comedy thriller by Bong Joon-ho, has been rather spectacular. It started with a slew of early season awards, including the prestigious Palme d’Or (by unanimous vote) at Cannes. It has now won Best Motion Picture – Foreign Language at the Golden Globes, multiple nominations at the Baftas, and six Oscar nominations, including in some of the most distinguished categories (film, director and screen play).

If it wins an Oscar, it would be the first Korean film to do so and a testament to the rising popularity and success of the Korean film industry internationally.

The estimated export value of the Korean film industry in 2018 was US$41.6 million (£32 million). South Korea is the fifth leading film market by gross box office revenue after the US, China, Japan and the UK.

Rooted in the 90s

South Korea has come a long way since the damaging effects of Japanese occupation (1910 to 1945) and the Korean War, which ended with a ceasefire agreement in 1953. Experiencing monumental growth between 1960 and 1990, the country became one of the Four Asian Tigers and is now the continent’s fourth largest economy.

In the late 80s, as Korea emerged from a period of censorship, restrictions that had previously limited the influx of foreign films were lifted. This led to an increased appetite for Hollywood blockbusters and a decline in Korean cinema. To protect the country’s arts industries and counter the effects of the Asian economic crisis of the late 90s, the government mounted several policies with a strong focus on promoting Korean culture abroad.

Central to this was the Framework Act on the Promotion of Cultural Industries in 1999, which said:

As a result, South Korean culture has grown globally in recent years. K-pop, K-drama, K-beauty, and K-cuisine have all found new international audiences, initially in China and later in wider Asia and the west.

The ‘Korean New Wave‘, the international fascination with Korean entertainment and film industry, began in the 1990s. This phenomenon, known as Hallyu, centres around the work of directors Park Chan-wook (Oldboy, Lady Vengeance, The Handmaiden), Bong Joon-ho (Memories of Murder, Host, Okja and Parasite) and Kim Jee-woon (A Tale of Two Sisters and I saw the Devil).

Korean cinema is deeply embedded in the Korean experience, eschewing Hollywoodisation and producing an oeuvre that makes a Korean film distinctive to international audiences. Korean society has a reverence for tradition and at once extraordinarily modern, and its cinema embodies these qualities proudly.

Korean cinema has become known for often exploring the dark side of human experience. The films can be unsettling, often mixing dark humour with elements of extreme violence, sumptuous cinematography and high production values. Many of them feature passionate revenge stories (Oldboy, 2003, or I Saw The Devil, 2010), captivating crime investigations (Memories of Murder, 2004), or unusual friendships (Joint Security Area, 2000, or The Handmaiden, 2016).

Not shying away from controversial topics or challenging its audience, Korean films dare to tread in places western films are sometimes scared of. It is not surprising, then, that they have attracted the attention of a wider public and the admiration of filmmakers such as Quentin Tarantino – who has compared Joon-ho to Steven Spielberg in his prime.

Parasite has amassed a box office revenue of US$137 million (£105 million) globally, and is set to rake in more with this slew of awards and nominations. Exceeding everybody’s expectations, this subversive anti-capitalist film is winning over both critics and audiences. So much so, there is already a rumoured HBO series spin-off in the works.

Parasite’s accomplishments come off the back of Joon-ho’s previous critical success with the 2017 ecological fantasy Okja, Park Chan-wook’s 2018 film Handmaiden (the first Korean film to be nominated for and win a Bafta) and Lee Chang-dong’s 2018 film Burning (the first Korean film to make it to shortlist for best foreign film at the Oscars). If this momentum is anything to go by, the ‘Korean Wave’ is only set to get bigger.