Screen executive Bill Gavin, known for some wonderful NZ films, cut his professional teeth in London and became a force in the expansion of Hoyts in Australia.
ScreenHub 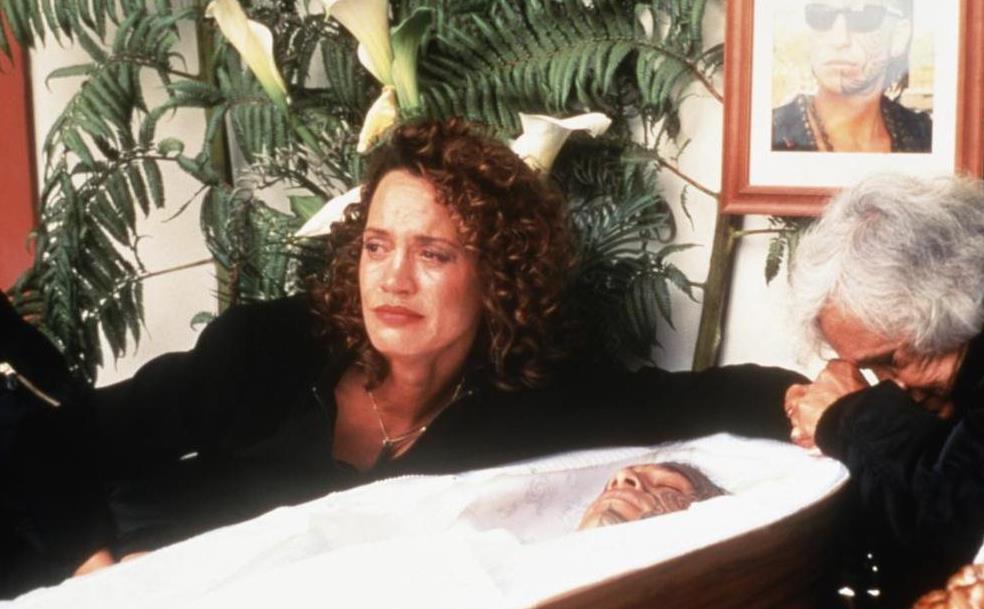 Bill Gavin was involved with many important films, including. What Becomes of the Broken Hearted, with Julian Arahanga and Rena Owen, which he produced. Image: IMDB

Once upon a time, a determined sales agent and production executive could set up a career which would resonate beyond their death. Bill Gavin was a New Zealander who left to report on motor racing, became an executive at legendary UK company Goldcrest, moved to Australia as a formative power at Hoyts, and ultimately went home to work on iconic but much smaller pictures.

He has died at the age of 83, at home in Auckland, his main activity for the last 11 years described as ‘writing memoir at home’. The New Zealand Film Commission produced this tribute to a modest pioneer which we are honoured to share.

‘The New Zealand Film Commission (NZFC) joins the New Zealand and international film community in sadly acknowledging the passing of Bill Gavin. Our thoughts are with his close family and friends and we celebrate his achievements.

Bill Gavin’s long career touched on almost every aspect of the screen industry and he was great friend to the many filmmakers whose careers benefited from his touch.

A passion for motor racing led Gavin to begin his career as a journalist in Auckland, covering motor-racing locally before receiving a contract to write about New Zealand drivers competing internationally.  His entrée into filmmaking came when he wrote the narration for John Frankenheimer’s Grand Prix in 1966.

In the early 1970s, Gavin shifted his focus to the music business, joining GTO where he managed a number of popular acts including Sweet and The New Seekers.  While at GTO, he helped set up GTO Films to make movies promoting their musical acts.  The company soon moved into distribution with Gavin handling the UK release of Peter Weir’s A Picnic at Hanging Rock among others.

Gavin left GTO to move to Australia where he became the general manager of Hoyts Theatres and led the company’s diversification into distribution and financing local productions.

Gavin’s Australian successes led to him being invited to join ITC Films in London where he focused on pre-sales to distributors, handling films like The Dark Crystal, Sophie’s Choice and On Golden Pond.

He started his own company, Gavin Film, but before he really got started, was invited to head sales at Goldcrest Films which was then at the peak of its success.  Given a seat on the Board, Gavin travelled widely, selling the substantial Goldcrest catalogue.

Upon leaving Goldcrest, Gavin turned his attention back to his own company, focusing on pre-selling and financing a slate of predominantly British independent films including Sid and Nancy, Sammy and Rosie Get Laid, Belly of an Architect and Whit Stillman’s debut, Metropolis.

Gavin Films also worked to get international sales for a number of New Zealand films including Shaker Run, Came a Hot Friday, Constance and Bridge to Nowhere.

In the early 90s, Gavin returned to New Zealand where he co-produced The Last Tattoo and took an executive producer role on short film, Larger Than Life. He was a development consultant for the NZFC for two years and then joined South Pacific Pictures as Head of Features. In his time at South Pacific he produced Jubilee and the Once Were Warriors sequel, What Becomes of the Broken Hearted. Drawing on his knowledge and experience in market pre-sales he was instrumental in raising the finance for South Pacific’s production of Niki Caro’s film Whale Rider. Whale Rider became one of New Zealand’s most successful films and launched Caro into an international career.

Since stepping away from actively producing and selling films, Gavin acted as a mentor to many emerging and Māori filmmakers who benefitted from his experience and local and international connections.’