The Drover's Wife looks like the ultimate revisionist Western, turned inside out and upside down by Indigenous Australians and sent back with a note from the formerly victimised.
David Tiley 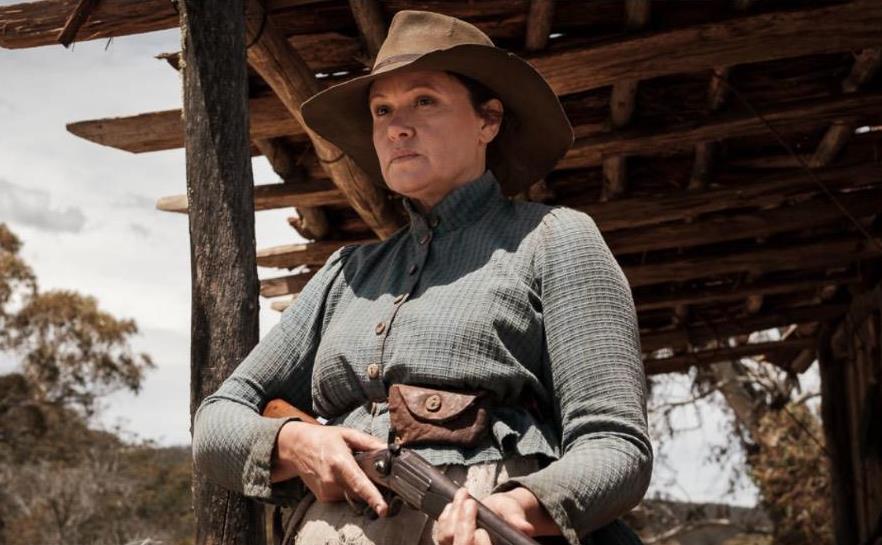 Sales agent Momento International has sold the North American rights for The Drover’s Wife to Samuel Goldwyn Films. The film was written, directed and performed by Leah Purcell, based on her stage play.

This piece of producers’ business is another stage in the Samuel Goldwyn Films’ long dance with Australian pictures.

The company first appeared in the Australian market in the 1990’s as Peter Goldwyn carried the family name beyond its illustrious origins into more modest deals and films. Since then it has supported Japanese Story, Better than Sex, Master and Commander, and  Mao’s Last Dancer.

Sweet Country was released into US cinemas in 2018, peaking at 24 locations,  running for 38 weeks, and taking $135,000.  The company also took on That Sugar Man, Judy and Punch, Measure for Measure, H is for Happiness, Koko: A Red Dog Story, Top End Wedding, Rams and Dirt Music. Some of these films were expected to have a cinema release but fell back on VOD due to Covid.

Bunya’s Greer Simpkin and David Jowsey continue to energetically combine common sense with the zany dream that verve works for audiences and that Australian Westerns are a law unto themselves. So far they have helped to push the form by supporting Sweet Country and High Ground with a side order of modern desert noir in the incarnations of Mystery Road.

While they each disrupt and subvert genre in their own ways, they are still anchored in the traditional tropes of guns, revenge and the possession of women as objects, so Jowsey is delighted to be involved with an artist who turns the sugarbag upside down and finds her own form of glory in the dust.

‘[The Drover’s Wife] is doing something set in the past which really resonates with an audience in the present. It is so modern in so many ways, including the music and the themes – and it is so great to have a powerful woman who is not in a revenge role, but is the protector of her children.’

Simpkin praised The Drover’s Wife, saying: ‘It is doing something set in the past which really resonates with an audience in the present. It is so modern in so many ways, including the music and the themes – and it is so great to have a powerful woman who is not in a revenge role, but is the protector of her children.’

Leah Purcell really owns this story, demonstrating her singular voice and her sheer power as an actress. As Simpkin pointed out, the story is still read a lot in schools where it is about the hardships of colonial life and the travails of White woman alone in the bush. Give the story to an Indigenous woman and it makes a whole new kind of sense.

The film is a co-production between Bunya and Oombarra Productions, the company owned by Purcell and her partner Bain Stewart since 1996. Focused mostly on Purcell’s work, the outfit calls itself a multimedia content creation company with experience in TV, film, theatre and print. Described on the website as a  proud Ngugi-Goenpul-Noonuccal Murri man from Quandamooka in Queensland, Stewart plunged deep into this production, and became someone who Jowsey called ‘a privilege to work with.’

Jowsey has now worked productively with Samuel Goldwyn Films three times, on a mutual journey into an American form told with very different eyes and rhythms.  ‘They were keen to get their hands on it in advance of SXSW’, he said. ‘They moved quickly to lock in a deal.’

The film premieres at SXSE in Austin on March 18. The timing means all parties will gain from an expected wave of support conjured from the Austin festival audience. The domestic North Americans can be there but the overseas creators are still stuck on Zoom. ‘We won’t get the red carpet,’ said Jowsey, with no hint of regret.

Fingers are crossed for its premiere at SXSW in Austin on March 18; this is the third deal by the company for an Indigenous themed film, following on from Sweet Country and High Ground.

Roadshow will release the film in Australia; plans are not pinned down but the Roadshow crew will remember the success of The Dry and hope that the strong female point of view will give this film even more power with a general audience.