The art of a great logline: if you suck yourself in, you will never get out

The logical processes behind a fine trailer turn out to be a powerful development tool when a project is struggling to be born.
David Tiley 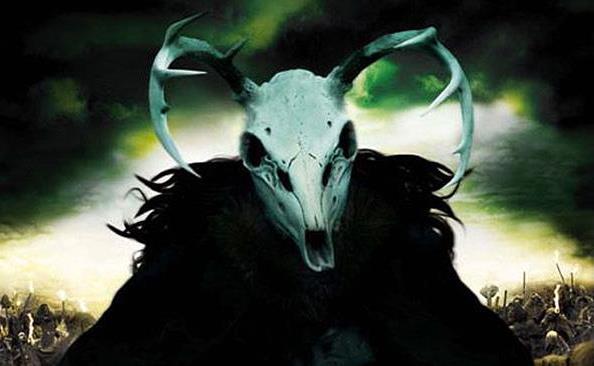 A cropped Solid State poster, part of the marketing collateral for The Wild Hunt, produced and directed by Canadian Alexandre Franchi<

Walter Bientz and Anna Churven of Solid State are responsible for the trailers to projects including Ride Like a Girl, Danger Close and The Babadook. They set part of the tone for Screen Forever 2019 with an early session on loglines to maybe a quarter of the delegates, eager to talk about marketing though they were soon talking development.

Communication is central to the creative, financing and selling spaces of screen media creation. According to Solid State, there is one essential tool that can transform the process: a good logline, which is really a tortured sentence or a paragraph. It communicates the film to financiers and provides the concise core which creates that space to dream together.

The task of that initial pitch is to:

Those are also the rules for a great trailer, so they are telling us that the sales elements must inform the process as early as possible. In fact, the requirements for a trailer are so concise and dramatic, they can provide the essential tool which binds the project from start to finish.

That logline/para is a key tool. The search for this is at the core of early development, as it demands the dramatic clarity that drives a screen project. It will evolve, and offers a clear path to decisive change. It can diagnose problems in projects which can’t get off the ground despite a general feel of excitement around them.

It contains the essence of everything that makes moving picture communication different from any other art form. The tone and mis-en-scene and storyworld is indicated by that bland sentence, ‘Show the product and leave them wanting more.’

There is a paradox here. Solid State is asking to be involved very early, but the service is not cheap and development budgets are under pressure. Hence, screenmakers need to learn how to do this themselves – this core feeling and thinking should become instinctive anyway.

They also talked about the triangle of conflict, in which we find a protagonist, whose struggle is central and whose point of view dominates the story. The antagonist is the ‘who or what’ which creates the major difficulties or dilemmas. The third element is the conflict which creates the clash, engages the audience and escalates through the story. At its simplest, this is about ‘A setting where the protagonist has a problem caused by an antagonist and faces a problem to achieve a goal.’

None of this is rocket science but it does set the rules of engagement, particularly for newer screen creators. In a way, it drives our thinking from static to dynamic. It helps to link the various elements together, because problems have to be solved simultaneously.

Walter Bientz and Anna Churven ran a practical exercise to develop the logline for a short film. There were plenty of emerging filmmakers in the room, who quickly found evocative adjectives for the central character and his inner journey which communicated the essential freshness of the film. They are looking inside the structure, to distinguish plot and story, apparent and underlying; one way of diagnosing failure in a project is to track how that disappears under the pressure of genre formalities and managing resources.

I really liked a remark from Anna Churven.

‘Filmmakers limit themselves a lot of the time’ she said. ‘They work back from the budget and focus on the nuts and bolts, and the temperament of the marketplace.

‘We can say “what if”. We can stretch and see how we can pull it until it breaks.

‘Filmmakers here have amazing skills and can create partnerships. They should not be limited, at least in the first phase.’

Walter Bientz referred to a quote from John Le Carre, the great spy writer, really named David Cornwall, who has reflected on his work in fascinating ways. I pulled out the whole statement from an interview led by George Plimpton, published in the Paris Review.

George Plimpton: What happens then? You have your character; what process follows?

Le Carre: ‘The process is empathy, fear and dramatization. I have to put him into conflict with something, and that conflict usually comes from within. They’re usually people who are torn in some way between personal and institutional loyalty. Then there’s external conflict. “The cat sat on the mat” is not the beginning of a story, but “The cat sat on the dog’s mat is.”

The full interview is included in Conversations with John le Carre, edited by Matthew J. Bruccoli and Judith S. Baughman.