Honed by work in Australia, Silver Trak Digital is building an Asian hub to support cultures to preserve their audio-visual heritages.
David Tiley 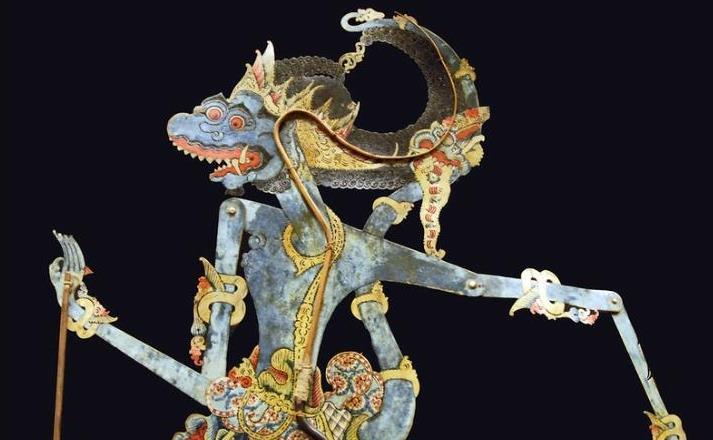 The Malaysian word for film is Wayang, which comes from Wayang Kulit, a shadow puppet. Image: Jean-Pierre Dalbera, Flickr.

Digitising footage from obsolete formats is a gigantic task. In Australia, digitisation is done under the auspices of the National Film and Sound Archive – but since 1982, most of this work has been done under contract by Silver Trak Digital.

Silver Trak is moving ever closer to a full service system since its takeover of authoring house Motionlink, and partnership with BUFF Dubs. Film Finances International (FFI) has been observing this growth. Known to the sector here as the cheery completion guarantor Film Finances Australasia, FFI is actually a respected unit in the biggest bonding company in the world.

FFI built a war chest which allows it to buy into the profitable and/or vital parts of the value chain. As it says in its slightly evasive website,

Due to FFI’s key “gatekeeper” role in the production life cycle, through the issuance of completion contracts and monitoring of the entire production process, coupled with FFI’s extensive network of relationships in the entertainment industry, FFI believes it is uniquely situated to provide various ancillary services and products to the makers of film and television productions via a platform growth model.

At the end of 2017, FFI Holdings dumped an unknown but substantial amount of capital into Silver Trak in return for unspecified assets. Silver Trak then bought archival transfer specialist DAMsmart six months later.

Inspired by early business from Asia, the company decided to investigate the idea of an Asian Hub to provide the technical facilities to support archival projects across the region, represented by SEAPAVAA, the SouthEast Asia-Pacific AudioVisual Archive Association based in Manila. The National Film and Sound Archive is a member.

Sites and deals were explored in many of the South-East Asian capitals from Manila to Hanoi until it settled on Kuala Lumpur. According to Tim Creswell,  the CEO of Silver Trak, there is ‘a lot of content in that region that really needs to be processed and it hasn’t been done well. The environmental conditions are as wet as anywhere in the world and there is no decent player in the market. Kuala Lumpur seems to be the best bang for the buck, and has people on the ground and we have partnered there before so it was a good fit.’

The formal opening ceremony, after two years of development, occurred this month in the presence of diplomats and YB Gobind Singh Deo, Minister of Communications and Multimedia Malaysia.

The clients, Creswell said, ‘are really the big archives, like the government libraries and all the historical archives which have tens of thousands of hours, whether it be tape or film. In those big economies you build a facility for big clients like the TV stations.’ The history of the national film archives across Southeast Asia is told by the Asian Film Archive, based in Singapore.

It turns out that the Malaysian market is very substantial. There is a huge amount of home movie footage, and large troves of government films, a category which Australians see as dutiful rather than inspiring.  The Malaysians tended to hang onto two inch and one inch material longer than Australians.

‘There’s tens of thousands, hundreds of thousands of hours of material just sitting in a vault, or in a room somewhere, with very little management,’ he said.

There is a real sense of urgency about the work, particularly for popular but comparatively short-lived formats like Betacam. Creswell uses the mantra of all digital transfer specialists: we are running out of machines, of spare parts, of the specialists to maintain them. In ten years, he said, any rescue projects will be much, much more expensive.

While Creswell brings a special passion to Silver Trak’s archival work. the new Digital Media Supply Chain Centre of Excellence is led on the ground by DAMsmart Asia, with TransMedia Dynamics and its Mediaflex UMS system to create what the release calls ‘a hub that offers a full range of digital media services to government, media and entertainment clients throughout the region.’

For audiences, the arcana and determination of archiving boils down to a simple service. There is a major bread and butter market in spectator sport, from soccer to rugby union, hockey and basketball. There are enormous forgotten stashes of historic games which are now being lovingly restored.

But the history of film and television in Malaya is tied up with its extraordinary history over the last hundred years. Through the Japanese invasion, the end of British occupation, and the birth of Malaysia with and then without Singapore, it was a genre playground, often run by Chinese Malaysians, and supported by the government. So there is also a lot of truly archival material entwined with popular culture.

It turns out that the identity lens through which we see Australian production history is comparatively simple. Across the region there is a lot of power locked up in old cans and cassettes to be deployed to make sense of different pasts and present tensions. Citizens can see nations created before their very eyes.

Here’s just a hint of the richness, from the blurb for Malaysian Cinema in a Bottle

‘Wayang is the Malay word for film, taken from wayang kulit (Malay shadow play). The term wayang also means a facade and of hidden hands that manipulate while remaining in the shadows..’