There's never been a better time to catch up with recent, locally-made features, from Miss Fisher to The Invisible Man, In My Blood it Runs and Judy & Punch.
Rochelle Siemienowicz 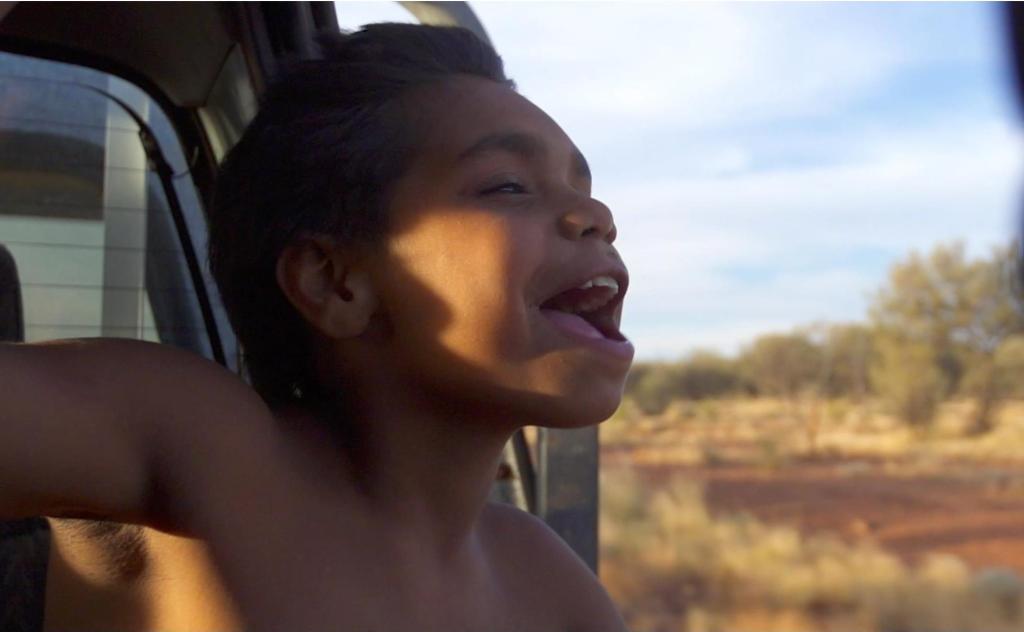 In My Blood it Runs. Image via the production.

Miss Fisher and the Crypt of Tears

Released on 27 February, the Miss Fisher movie had already completed its big dash in cinemas when the COVID-19 shutdown was announced. Fervent fans will miss the chance to don their glad rags and drink champagne at the movies, but the film is available on lots of platforms to buy or rent now, including Acorn TV, iTunes and Google Play. You can find Mel Campbell’s review of the film here, or read our interview with star Essie Davis about playing the glamorous flapper sleuth.

In My Blood it Runs

The groundbreaking documentary, directed by Maya Newell (Gayby Baby) and made in association with Indigenous families and communities in Alice Springs, had a great little run in cinemas but would have gone longer without the shutdown. It’s now kicking off  four special event online Virtual Cinema screenings + Q&As with filmmakers and partners from 17-19 April. This allows audiences to watch it simultaneously with others and be part of an interactive question and answer session immediately afterwards. Another option is to rent it online through Vimeo. You can read our interview with Maya Newell about the fascinating collaborative process of making the film.

Released in cinemas in January through Roadshow, this fun family go-kart film is now available to buy or rent on Apple TV, Google Play and YouTube. Starring William Loder, Frances O’Connor and Richard Roxburgh, it’s a kid’s story written by Steve Worland (Paper Planes) and directed by Owen Trever, who’s made a lot of Top Gear. You can read our four-star review by Anthony Morris here.

Shot in Sydney, written and directed by Lee Whannell and co-produced by Goalpost Pictures’ Kylie du Fresne, with Jason Blum’s Blumhouse Productions, this taut and economical thriller qualifies as a locally made film on many levels, though you’ll struggle to hear an Australian accent. It stars Elisabeth Moss as a woman trying to escape her abusive partner, a brilliant inventor who has found the secret of invisibility.

The film was doing great business worldwide when cinemas shut, grossing $125.8 million against a $7 million budget, making it the fifth highest grossing film of 2020. Its rush to online by Universal will probably see its run continue. It’s available to buy or rent now on a variety of platforms, including Apple TV, Amazon and YouTube.

True History of the Kelly Gang

Justin Kurzel’s punkish adaptation of Peter Carey’s novel is available to watch on Stan. If you’re in a particularly Ned Kelly-obsessed mood, you can also watch Tony Richardson’s 1970 Ned Kelly, also on Stan, starring Mick Jagger in his screen debut. Reviewing for Screenhub, Chris Boyd said Kurzel’s version was unmissable. Or you could check out this interview with Kurzel about the making of the film.

Starring Mia Wasikowska and Damon Herriman, Mirrah Foulkes’ daring feminist reimagining of the 17th Century puppet show is a twisted tale of love and revenge. It’s available to rent or buy now, and will also be available on Stan from 30 May. Sarah Ward’s review for Screenhub calls it anarchic and distinctive.

Stay tuned for more news of films going straight to online as the lockdown continues. Hearts and Bones (Madman) has been redirected straight to online, and will be available to buy and rent from 6 May.  Also coming soon through Madman, The Leunig Fragments.

And while it’s easy to get stuck in the Netflix vortex, keep an eye on local platforms like FanForce TV, DocPlay, Stan’s Australian Movie Catalogue and SBS On Demand’s Homegrown Cinema for a particularly classy selection.