Film, philanthropy and the biology of hope

Q: What makes a great cause-related documentary? A: a great documentary made by amazingly driven people, as demonstrated by the Documentary Australia Foundation and Film Victoria.
David Tiley 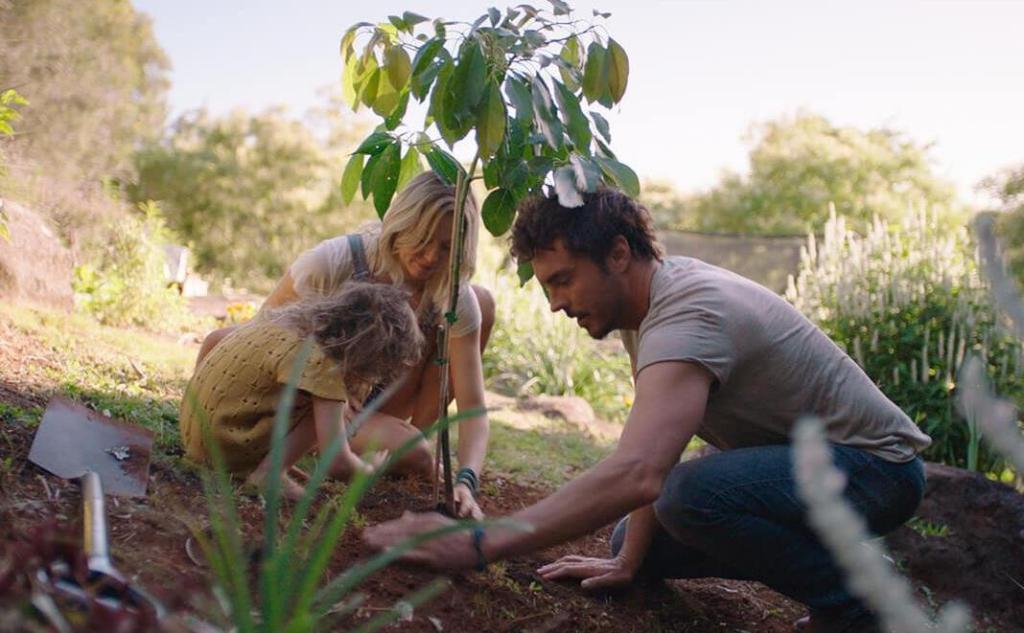 The first appearance of the Documentary Australia Foundation was a provocation. Ian Darling, a well connected documentary filmmaker, popped up in public to challenge creators with an idea: film and philanthropy is a natural fit. Can we learn to work together?

The idea resonated because a lot of filmmakers were feeling left out of a funding system which was reflexively hostile to ‘propaganda’, but documentarians are often driven by passion for a cause. While crusading was a vice in mainstream television, it was a virtue to philanthropists dedicated to cause-related expenditure.

Fast forward ten years. Documentary Australia Foundation (DAF) ran Stories that Work, an event in Melbourne which combined makers and movers in its classic pitching way. It also showcased Storyworks, an eight month alliance with Film Victoria to embrace 20 filmmakers and their projects, specifically to develop them through campaign partnerships.

DAF now has Mitzi Goldman as CEO, presiding over nine part-time staff who run a calm, expert show which glows with goodness. The website has recently been refurbished and the written materlal is elegant and sure of itself. Hucksters need not apply.

So DAF has matured very well. At the same time, casual discussion with philanthropic representatives revealed a solid range of organisations that are good at understanding their needs, working with partners, and evaluating the results. People with even small amounts of cause related cash can find organisations to trust, which fit their ethics and replace the old favourites of the Red Cross and the RSPCA.

Writer, director and presenter Damon Gameau and impact producer Anna Kaplan presented 2040 as a keynote. The $1.5m take at the Australian box office makes it the most successful Australian documentary on the normal cinema screen, where it was seen by over 100,000 people.

Gameau knew what he was getting into when he proposed a film inspired by his young daughter and looking for successful grass roots answers to climate change, because he had already made That Sugar Film. Making 2040 took a solid eight months of research, three years of production, 14 countries and 20 interviews with kids around the world.

They raised money specifically to start the impact production with Anna Kaplan from the very beginning. The campaign was key to the production because they could rely on the knowledge, connections and sheer hard work of the experts in the field, including their organisations.

They shot 60 short clips and crowdfunded an educational version. They provided experts for local screenings and did dozens of q&a sessions, some for up to two hours, which engaged with local issues. Projects have been supported around the world, a Regeneration Movement is operating, and the film has become an agent of change. It will have a cinema release in the UK on 15 November.

1. They were completely dedicated to working publicly and collectively, which is the opposite of self-expression and auterist peace and quiet.

2.  They are not filmmakers who have expanded their vision into social action. Nor are they activists who have taken to film. Instead they understand how the very worldview of documentary filmmaking crystallises and is advanced by social action. This includes the use of examples and metaphor, of simple language, of storytelling, of climax and surprise, of identification and wonder.

3. They were resourced to develop the whole extended process from the very beginning. The social impact side cost around 30% of the total budget.

4. They understood the power of hope. As Gameau explained, dread tends to shut down the limbic system in the brain which is responsible for a huge range of emotional behaviour, including memory, creativity and decisiveness. Get scared, get paralysed. In concentrating on positive action, they ignite our curiosity and pay into our changing zeitgeist, while demonstrating the practical methods to take back power. This is mostly about the basic processes of collective action, which are far wider than protest and defiance.

While 2040 can be the most spectacular example, the session went through Ka-ching! Pokie Nation, which has been a vital part of the Alliance for Gambling Reform since 2015. Another example, The Show Must Go On, is very recent, and the results may be more subtle since it covers the psychological costs of working in the arts.

I think these projects neatly emphasise the fundamental rule of this genre: they are all remarkable films from extraordinary people.

Damon Gameau is an actor, already known to the culture and excellent on camera. He is sincere, genuinely questioning, able to think on his feet and in control. We want to follow him and share his adventures. At the same time he is ordinary, a kind of passionate everyperson, responsible for a family like millions of other people.

Ka-ching! Pokie Nation is a textbook example of an excellent documentary, which knows exactly how to grab an audience: ‘They’re rigged, they’re addictive and they’re everywhere.’ It has the right crew in director Jane Manning (Who Do You Think You Are, Deadly Women, Dark Temptations), writer Andrea Lang (an editor on The Scribe, We Don’t Need a Map, The Cambodian Space Project, The Surgery Ship) and presenter Michael Shackleford (mathematician, actuary and expert on games odds). The producers were Neil Lawrence, who originated the concept, and Mitzi Goldman, who runs DAF.

The Show Must Go On is a redemption story in which presenter and guide Ben Stiller deals with his own psychological rollercoaster in the industry by making a film based on dozens on powerful interview with significant artists. Producer Sue Maslin has created a National Wellness Roadshow to go with it.

Read more: The show must go on – but at what cost?

The importance of calibre became pretty obvious as the organisers went through several of the Storyworks projects. Over eight months, funded by Film Victoria, DAF provided tailored support so participants could approach financiers. They were all defined as social impact projects.

The examples surely benefitted from working with campaigning organisations and philanthropists in the very different territories they occupied, but I was really struck by their mainstream credentials. Most of them had producers with solid track records who were game to take on difficult and fragile stories. So many of them have a strong sense of the cultural underpinnings that create strong intellectual journeys.

They cover the gross and criminal exploitation of backpacking temporary workers, the real story of young African migrants, the history of modern feminism, adult literacy and Indigenous incarceration. We are offered the untold story of the firebombing of Tokyo, of six young doctors investing routes to happiness, of life after juvenile prison. My personal favourite is We Don’t Want You Here in which an Israeli trauma psychologist, herself living with childhood horror, studies a group of bereaved Israelis and Palestinians who seek to forgive their enemies.

The set of films looks like a very good strand of broadcast documentaries, destined either for SBS or the ABC. Which brings us to a remarkable change in the factual departments’ approach to the involvement of outside parties and crusading money. They not only accept it, they will encourage filmmakers to engage with wider sources of finance. While they have stopped looking down their noses, they will still insist on editorial control to ensure some sense of objectivity and respect for the audience’s way of thinking.

It is still true that audiences, broadcasters and key filmmakers share a distaste for propaganda and a passion for new ways of seeing the world. They also want projects which are thoroughly researched, with a world view which is tested during production by consultation, and they want a sense of hope.