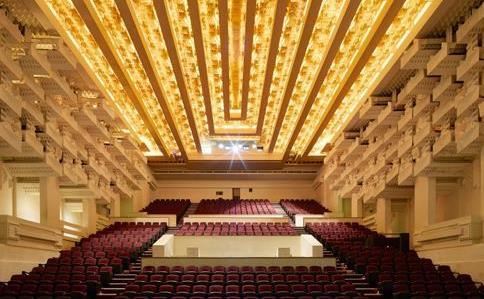 Disguised as a chairperson, Claire Dobbin AM has been a portable energy generator at the Melbourne International Film Festival since 2003.

She will leave that post this month, ending what is surely a distinctive era in the history of MIFF. She came into the role at a time of enormous change in the festival movement, as it abandoned the familiar technology of celluloid for the chaos of digital delivery with its mess of nascent formats.

Dobbin has a long engagement with the performing arts at a time of intense change. She was once involved in the Pram Factory and the theatre revolution of the 1970s around Carlton and entered film history as a character called ‘Worms’ in Dimboola, the one mainstream film made by the group.

By the late 1980s she was the force behind the Melbourne Office of the Australian Film Commission, engaging with filmmakers, supporting script proposals, shepherding projects through production financing to completion. The role covered short films, documentaries and features. Together with Carole Sklan they defended the Melbourne office in a time of considerable attack; it still exists today as a branch of Screen Australia.

She also became involved with broadening the approach to development, mostly through the French laboratory eQuinoxe Europe, and learnt to champion the notion that development and scriptwriting is a globalised adventure, based on art and sympathetic to the individual voice of writers and directors.

After she left the AFC she became a script editor and freelance development executive driven by a fierce determination to get that part of the national production process right.

All this experience is vital because it fed directly into her philosophy behind the Melbourne International Film Festival. While she worked with a succession of really interesting people to develop the program, the strands, the structure and the complex organisation to run nearly 400 films in 17 days across a shifting matrix of venues, she also insisted that MIFF had a vital role for Victorian filmmakers and the Australian production sector in general.

The board convinced successive governments to support a production fund, which added to the budgets of a string of Australian arthouse films. With Mark Woods, Dobbin built 37°South, a tightly constructed touch-point between Australian producers and overseas financiers, sales agents and distributors.

Perhaps the most useful initiative in the long term is the MIFF Accelerator Lab which ‘provides four days of workshops, screenings, seminars and networking events on the business and creative aspects of the film industry by leading local and international film practitioners for 15-20 short film directors seeking to make the transition to feature film making.’

Claire Dobbin was a very engaged chairperson. She took a strong interest in the development of programmers, travelled to festivals with the artistic directors, and plied her craft busily between MIFF, the government and the philanthropic possibilities.

One of her less obvious aspects in public was a clear understanding that resources and art are utterly synonymous – a view which is shared by any independent producer. She favoured a board which was financially well connected, and took MIFF through complex corporate changes. The traditional role of artistic director was split, the office base became a continuous force, the program enticed new generations and new cultures, and the budget adjusted to the realities of paying distributors for films.

She has been a unique presence, and no subsequent chair will even attempt to follow her path because it combined a festival mind with a developer’s instincts. Instead, the new chair is Teresa Zolnierkiewicz.

‘Teresa Zolnierkiewicz joined the MIFF board in 2016. Previously Head of Philanthropy at ANZ, Zolnierkiewicz more recently co-founded filantropia – a consultancy that provides strategic advice and guidance to private philanthropists, as well as to companies wanting to engage with them. She is an experienced representative on a number of charitable foundation boards and has served as director and advisor to various not-for-profit organisations.

“To chair MIFF is an enormous privilege and one which I do not take lightly,” Zolnierkiewicz said.  “I commit to approaching this work with passion, responsibility and humility with MIFF’s talented Board and Management.”

“On behalf of the festival’s Board and staff, I thank Claire for all that she has achieved for MIFF,” Zolnierkiewicz added. “Claire worked tirelessly to position MIFF as the world’s largest showcase of Australian cinema, a powerhouse of talent development via the MIFF Industry programs and MIFF Premiere Fund, and a much-loved festival of the best of contemporary cinema – all of which is deeply adored by our loyal audience. I also acknowledge and thank outgoing Board Members Sam Mostyn and Dennis Tomaras for their valuable contributions and welcome to the Board, Ms Jirra Harvey and Dr Andrew Lu OAM. ”

An Industry Fellow of Indigenous Enterprise and Innovation at RMIT University, Jirra Harvey is also the founder of Kalinya Communications – an agency that promotes the voices of First Nations people through communications strategy, brand development and event design.

A partner with law firm HBA Legal, Dr Andrew Lu has substantial experience representing the insurance industry, health practitioners and government; as well as serving as a non-executive director of the Arts Law Centre of Australia, Australian Youth Orchestra and the National Gallery of Australia Foundation.’

Disclosure: David Tiley worked with Claire Dobbin over four years at the AFC from 1996 to 2000.