The only piece of normality in Australian cinemas last week is a Chinese war movie. 'Tenet' tried, and made perhaps 50% of its potential in ordinary times.
David Tiley 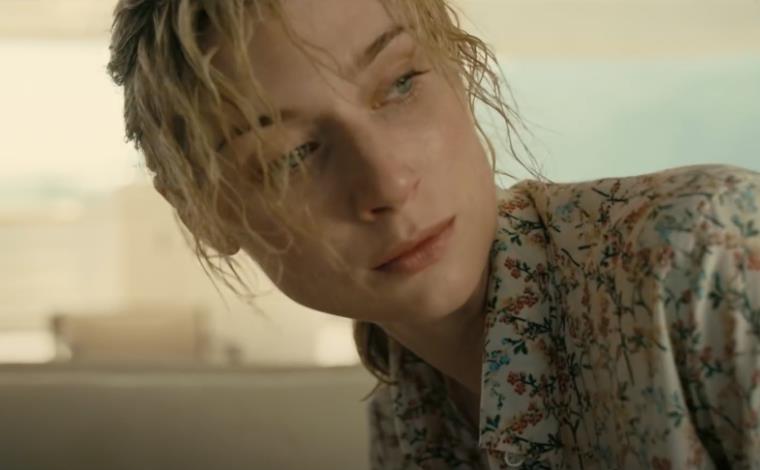 Tenet has a secret pleasure for Australians. Lead female role features Elizabeth Debecki, who is building a remarkably versatile career in mainstream films. She can do intelligent mischief in a zillion different ways, with the intense physicality of a second generation dancer.

Christopher Nolan, director of Tenet, said this about her, according to Indiewire.

‘Elizabeth’s one of these great actors who, when they’re brought to your attention, you realize you’ve seen them in a lot of things but not realized it’s the same person,’ Nolan said, adding that he was blown away by Debicki’s range after he went back to watch her in Widows, The Great Gatsby, and The Night Manager.

Nolan continued, ‘For somebody as striking and interesting to look at as she is, the idea she has a chameleon-like ability speaks volumes to her skills as an actor.’

There are great hopes for Tenet to be the tentpole release which points to a brighter day. It opened here at number one on 760 screens at $3,274/screen. So far it has made just under $4m, with $2.5m this weekend. The missing $1.5m is either previews or the fact that it opened on Wed 26 of August and did well on that first day.

Is ‘Tenet’ the saviour?

How can we evaluate those numbers? 760 screens is by far the largest release since COVID-19 arrived, but in happier times we would call the result underwhelming, and dangerously low for a tentpole film. But we don’t the possible capacity of those screens because they are limited by the state-based rules of lockdown.

Total takings are up by 201 per cent to reach $3.6m. Take out the launch of Tenet and the total gain is around $100,000. So this is a Tenential explosion. It has made $73m around the world, and is yet to be let loose in the US, where it arrives on 3 September, followed by a Chinese release a day later.

‘A film finance source tells Deadline that given the pricey economics of Tenet, it requires a domestic release of 3,5K theaters including most of the major cities, and more than 30K screens worldwide. .. Also we hear that Nolan has 20% of Tenet‘s first dollar gross, which makes the need for a huge gross even greater for Warner Bros.’

The finances could get interesting later, because Warners has its own streaming channel, HBO Max. So in the US the picture will boost the company’s own brand while it is released on Foxtel in Australia. To its lantern-jawed delight.

Two quick conclusions: local industries are getting little chance everywhere at the moment. If we take out the Tenet figure, the box office total for the week is almost exactly the same. The Trolls World Tour made $362,000 off 161 screens.

The Australian pictures are a mixed bag. Babyteeth, bless its teeny bite mark, lost all of 9% in takings in week six.down to $578/per on 36 screens. $20,227 to bring the total to $273,128. That is pretty good in unreal times, but it would surely have done much better without COVID.

The Secret: Dare to Dream has halved its take in week 5, to bring in $40,000 to make $980,000 all up. However, the number of screens has halved as well so it is pretty steady on a lowly $281/screen. In ordinary times it would have been out with the cat to fend for itself. Which it will probably do on a streamer.

Low Down Dirty Criminals was given its chance and did not live up to expectations. Week two, 71 screens, an average of $137, proving the universe is doubly cruel to those who give it a go.

For the first time since COVID really bit an Asian film has the top per screen average. The 800 took $120,00 off 27 screens to make $4,424/screen. Two years ago the comparable Wolf Warrior 2 made $101,000 in its first weekend, so this could be the very first normal moment since March.

While the mainstream world follows Tenet, we are holding our breath for I am Woman. Since 28 August I Am Woman has been streaming on Stan. It opens in North American cinemas on 11 September. Here is the press conference after the TIFF premiere twelve months ago this week.