We are in strange, strange territory in the international box office, while local crowd pleasers can't bring customers out of doors.
David Tiley 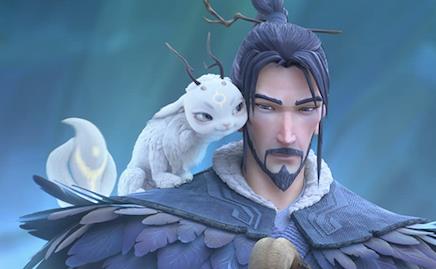 Jiang Ziya Legend Of Deification is now one of  the top three box office films of 2020. Image: IMDB

Tenet is really top terrier in tuff-town, as it has taken $11.m in seven weeks though the weekend box office was down to $348k, or 35%. However, its bark is getting pretty hoarse. Meanwhile The Secret Garden has done $2.53m in four weeks. The results seem to be skewing towards G and PG projects; to be expected in school holidays but they may be a good release valve for Covid-squashed families as well.

Dirt Music has started to carry Australian hopes. Week one, 200 screens, $188k on the weekend, it has made $300k altogether. Do the maths and despair. Directed by Gregor Jordan, written by Jack Thorne, starring Garrett Hedlund, Kelly Macdonald and David Wenham, produced by Finola Dwyer, Amanda Posey, Angie Fielder and Polly Staniford, with the participation of UK’s Film Four, released at TIFF, all built around a Tim Winton novel.

It adds up to a great hand, beautifully managed and executed until the casino caught fire.

Slim and I, a rural-focused film on boutique release deserved high expectations but $361k in five weeks says the virus has done harm.

The Steve Jaggi Queensland film Swimming for Gold has taken $139k in four weeks. Again a wholesome niche teen flick for which this cinema deal is not the main game.

The Leadership documentary built around Fabian Dattner, Antarctica and a group of youngish high achieving women scientists has made $73k in two weeks. On five screens it has modest goals but deserves to do well in specialist environments. It would be great to see this film used a lot to generate discussion, and the education market surely beckons.

His for Happiness, a positive film for dark times, again made for younger audiences, has popped up in one cinema to add $1.6k and create a total of $405k. Ditto Holding The Man for a mature audience, now on $1.29m.

Babyteeth continues to inch along, now up to $358k and gaining around $4.2k/weekend off six screens. For the first time it has dropped significantly as a 46% trip onto the downhill slope marks the end of buoyant times.

Just to balance out the goodness of these pictures, Bloody Hell, described as a USA-Australian cannibal action flick, has hit the cinemas here. Out on 50 screens, it has taken all of $32k. The director Alistair Grierson made Kokoda and Sanctum, while the writer Robert Benjamin has edited a lot of martial arts projects. This film is a black comedy.

The Chinese films are definitely coming back. Tsai Chin’s New York mob comedy Lucky Grandma did badly, My People My Homeland is a government financed tribute film which has totalled $178k in a week and made $250m in its opening in China.

Jiang Ziya Legend Of Deification has take $324k in two weeks in Australia and $220m in China. It is part of that whole generation of contradiction films which get through the system despite the injunctions against fantasy and religion.

Jiang Ziya Legend Of Deification, My People My Homeland and The Eight Hundred now dominate world box office figures, due both to strong local demand, an absence of competition from the US, and the raw fact that Chinese cinemas are now 70% open.