Box Office: Little Monsters, Ride Like a Girl and Promised

Parasite has sucked the arthouse world dry and hasn't finished. Ride Like a Girl is still out in a mad counter. Little Monsters is being unfairly dismissed.
David Tiley 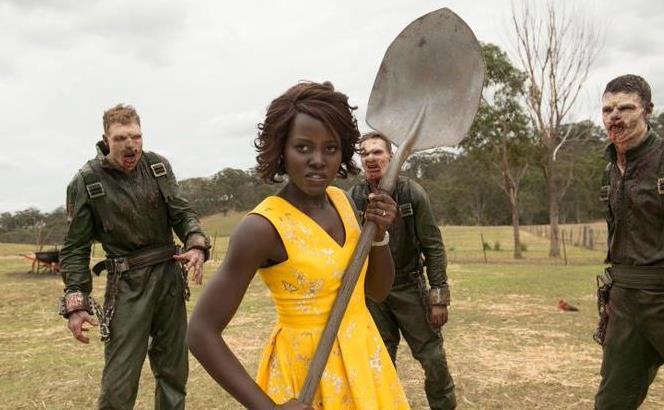 Six weeks in and Ride Like a Girl is now a true stayer. The film reached a grand box office total of $1.52m last weekend, earning $1686/per off its 270 screens. It made $472,000 this weekend and dropped only 15% and was not pushed out by Halloween movies. Still a long way to true profit but very fine for a domestic feature.

Little Monsters, distributed by screen publication Filmink, has made $11,551 off 19 screens at $608/screen. Little sign of it catching fire which is an unfair result for an amiable, light hearted picture gifted by a wonderful female lead in Lupita Nyong’o.

Promised, the little Australian flick from Nick Conidi and Tony Ferrieri, has done rather better.  Two weeks and $260,000 off 28 and then 14 screens.

Terminator: Dark Fate rumbled in on 561 screens, delivered just under $6,000 on average, with $3.41m to claim the top of the league table. It was a quiet weekend in general. This film made $40m in AU$ in the North American market which is said to be a disappointment. The Joker has done $433m in a month in the US and $1.35 billion around the world.

As a blockbuster Maleficient, Mistress of Evil is not doing crazy business here. $6.8m in three weeks, down to $3560/screen off 339 screens. A bit meh, with $121m in the US so we are doing less than equivalent per head business here.

Zombieland: Doubletap is on its way down with $4.745m after three weeks, Gemini Man is in the two dollar basket with $3m in four weeks and the boot from all but 99 of its screens. Not hot in the US either while the original budget of $200m will make the current total world return of $232m look like a bad bet.

The Garland biopic Judy is hoofing hard like the legend herself, increasing screens by 39 to reach 99, making nearly $2m in three weeks and working screens to the tune of $3752/per. The Garland fanbase is maybe smaller than we thought, but the numbers make this a fine commercial proposition. It has made $47m around the world and the Australian figures are better per eyeball than the US.

Hustlers keeps going with $8.2m in four weeks though it is shrinking. With a budget under $30m and a take of $190m around the world, mostly from the US, it is solidly in profit.

We are a bit surprised that the Pakistani tribute to Bruce Springsteen Blinded by the Light has not done well. With half a mill here and $27m around the world, against a budget of $21m that looks heartbreaking. Pavarotti has delivered $500,000 here in two weeks which is pleasant for Madman. It has made $4.6m in the US so we are ahead on points and averages.

After 19 weeks Parasite is about to give up the ghost, going down to 6 screens. But it has taken $1.76m and demonstrated once again that grifting in the true arthouse cinemas can build a reasonable figure as long as the advertising runs on word of mouth and the distributor doesn’t pay too much for the title. In the US it has taken a healthy $10.8m for an arty Asian film after the most successful ever opening weekend for a foreign-language film.

This is a headsplitting success. Even with the loyalty of its home audiences, it is doing extremely well for a Cannes Palm d’Or winner.