The drily titled The Dry is doing remarkable business which could well be leg one of a trifecta.
David Tiley 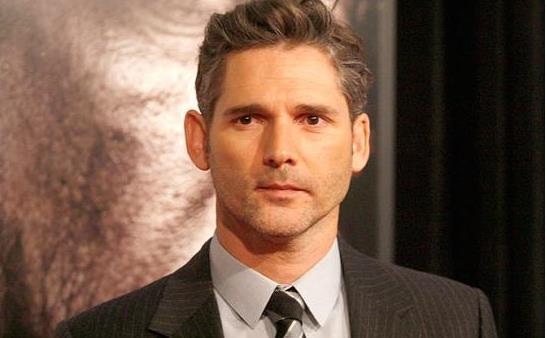 Eric Bana is the scariest Australian to wear a tie since Paul Keating entered parliament.

There is a certain symmetry in the story of Eric Bana and the Australian screen sector. Just 20 years ago he broke through with Chopper, really a small indy film with a first time director, Andrew Dominick who also went on to Hollywood. Now Bana has turned small(ish) indy film The Dry into a box office success, which is a useful breakthrough moment for the sector. It is all in the timing.

Week three and The Dry dropped all of 7%, while gaining 16 theatres and 7 screens. Think of this as a tribute from the ultimate realists as even more exhibitors catch onto the zeitgeist.

Week three also saw the picture at the top of the ladder again. It took $1.84m this weekend and beat Croods by $400,000 and Wonder Woman by a cool half million.

What is more, there is nothing else international to displace it from the top slot until at least the end of February.

The box office for Wonder Woman 1984, the only true tentpole in the cinemas, is still rising pretty quickly and we don’t know when it will stop. But right now, The Dry has taken almost half of WW 1984, in one week less. That in itself is an unusual curiosity.

Instead, we will see something which is probably unique in the history of modern exhibition as the dominance of The Dry is challenged by other Australian films. Penguin Bloom will bid for the family and emotive audience this weekend, followed by High Ground, which is also a gritty genre film and therefore direct competition.

Not that competition is the right word. The audience for High Ground will probably have already seen The Dry, or vice versa. We can only hope that the audience’s taste for local films has been tickled and they see the particular fun of our stories in our locations.

That is a lot of the charm of The Dry. It has such a strong sense of place, even though it is iconic rather than literal – the feeling is so clearly driven by how it is shot, almost as a series of tableaux. And Bana is a model of intelligent, alert fearlessness.  A distillation of presence, born to hunt David Wenham in some other indy descent into hell.

Rams is in terminal decline, although $4.53m is an excellent result. It dropped 49% to make $14k last weekend, even though that pushed the tile up nine slots to 31.

I keep finding film tragics who are wondering what happened to The Furnace, the camel Western by WA first time timer Roderick MacKay who has proved himself with this project. It made $379k in six weeks and is still running on a dozen screens so it is haunting the arthouse cinema of your choice. Not, however, for prime sessions as proved by the 11k it made last weekend.

Audiences will still get a solid chance to see it since it will go to Foxtel, SBS will run it on free-to-air, and it will pop up as a pay-per-view on other streamers.

Even Babyteeth is still rolling along in six  theatres after 26 weeks. It will pass half a million next weekend and climbed 56% to take $7.0k over the weekend. At this end, lots of strange minor bumps occur. Slim and I is recorded in one cinema to take the total to $434k, ultimately a respectable figure over 19 hard weeks.