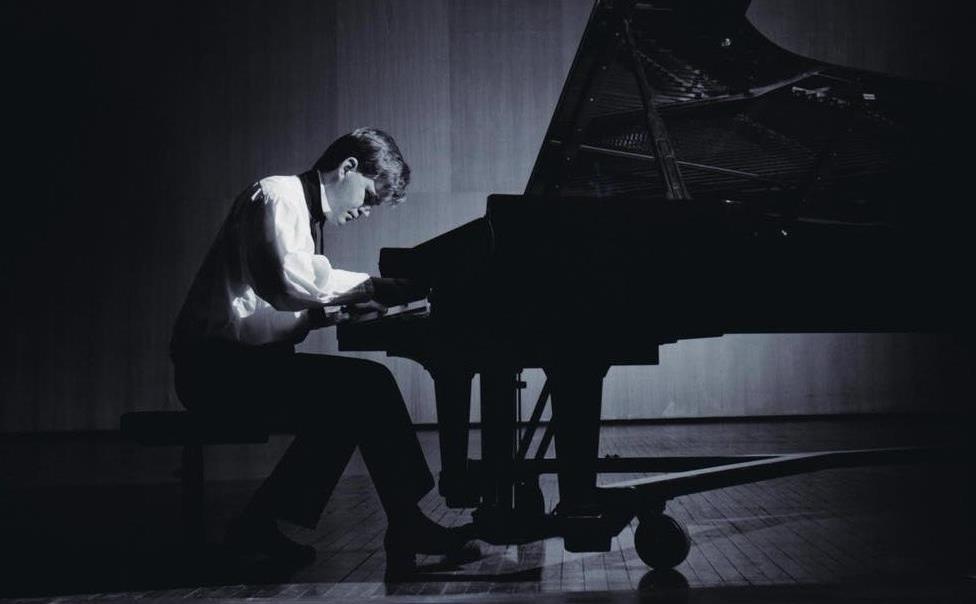 A young Geoffrey Tozer onstage, from The Eulogy, released today.

Let’s open with a remarkable moment. China has just celebrated the 70th anniversary of its founding, which is really a week of flag-waving, which is available in huge amounts on Youtube. When all the soldiers in each row are the same height, you know they have taken trouble.

The government cleared all the screen schedules for three new films, described as a gift to the nation by production companies. They are now in Australian cinemas too.

My People, My Country and The Captain have taken over $1.5m and will be bolstered this weekend by The Climbers.

Buoyancy and Animals are really worth watching. The hivemind has gradually seen both of them and there is no argument about their quality. The Nightingale still provokes earnest conversation but there is no doubting its quality and artistic ambitions.  They’re on a tiny number of screens but are still out and campaigning.

However, Ride Like a Girl is doing very well and is available on a screen near you. Good unpretentious family fare, with tears and triumphs and really worth a squizz.

The Eulogy opens this weekend. It stars both a real life Paul Keating and the historic archive of piano god Geoffrey Tozer whose genius was tainted by his fragility. The film by Janine Hosking and Katie Grusovin with Trish Lake as the lead producer does not ultimately resist easy postures and does not surrender to the good bits or recoil from his decay. It leaves us thinking about the burden of genius and the way we treat our artists.

Gemini Man brings its tentpole chops to the screens this weekend. Despite the directorial skills of Ang Lee and Will Smith on the screen, the reviews are pretty dreadful. Which means it should do very well and will at least have some craft pleasures.

It comes up against The Joker which is pretty dominant. Local audiences have ignored poor reviews and given it an enthusiastic thumbs up so its a good destination for spectacle excitement.

We are not sure about Hustlers but we will know soon.

People are still watching Downton Abbey, while Ad Astra is on plenty of screens and enticing a trickle of punters. Opinion in the hivemind is divided. Some people think it is trippy and humane, others think it is an insult to the intelligence of the dust mites in the cinemas.

Once Upon a Time in Hollywood is trying to mop up the last of the Tarantino audience. It too has its enthusiasts.

Good Boys, about pubescent boys in a junior version of a teen comedy, has solid audiences so it is worth a comic bet if you like broad and daggily mainstream.

Working Women opens quietly, and has excellent reviews as a clear-eyed depiction of sexual harassment which goes far beyond cliches. It seems to be a hidden gem.

Scary Stories to Tell in the Dark comes from the world of Del Toro, based on some important kids’ stories of the bedwetting kind and is surely an interesting addition to the canon of modern horror with a great graphic twist.

Only in Melbourne though it has been elsewhere already, the NFSA restoration of Eternity from Lawrence Johnston and Susan Mackinnon will screen with a Q&A at the Nova at 3.30pm on Sunday. Pleasure is guaranteed.

Be  jealous of your friends in Brisbane who are deep in a film festival right now.

Meanwhile, Sydney people have the Greek Film Festival, which has just opened and runs at the Palace Norton Street until October 20.

The Antenna Documentary Film Festival opens in Sydney on October 17 and runs for ten days. It has become a very big deal. The opening film by Werner Herzog is In the Footsteps of Bruce Chatwin which should be heaps excellent.

On the October 23 at the Randwick Ritz in Sydney, the Jewish International Film Festival launches before another party a day later in Melbourne and a trundle around Australia from then on. First night film is Ask Dr Ruth who is a hoot.

The Japanese Film Festival starts in run in Canberra on October 16 and travels the country thereafter.

Palace has its usual run of fests. Lavazza Italian is running right now around Australia, the Mini-British fest starts at the end of the month, up against the Polish Film Festival, only in Sydney.