The project development support from the Asia Pacific Screen Academy is the most unusual program in Australia, but it offers a lot to the right applicants.
David Tiley 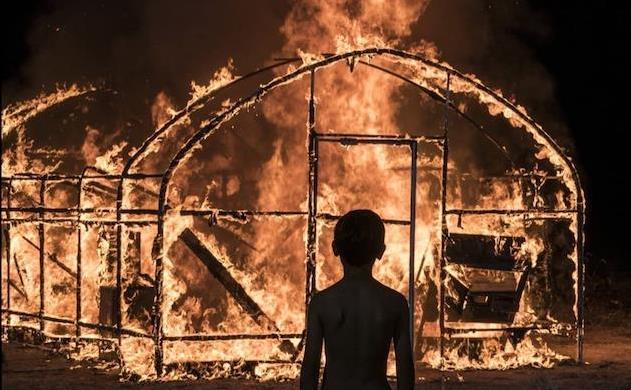 Korean film Burning by Chang-dong Lee, won the APSA prize in 2018, along with the Cannes FIPRESCI Prize. Image: IMDB

The Asia Pacific Screen Awards (APSA) used an event in Hanoi to announce the 12th round of applications for its MPA – APSA Academy Film Fund. It provides US$100,000 to develop four projects across the Asia-Pacific each year.

The Vietnam moment symbolises its determination to grow beyond Brisbane to other cities in the region. Because it has been funded around Queensland sources, often through tourism, this has been happening in baby steps.

The event was a Motion Picture Association script-to-screen workshop, which is a rolling set of encounters through the region. So far this year, the MPA has also organised an event in Taiwan and Indonesia. They are followed by pitching sessions. In Taiwan,

‘The Workshop will be led by TAICCA [Taiwan Creative Content Agency] and MPA APAC, inviting back Netflix’s Director of Creative Talent Investment Development, Christopher Mack, along with six other film industry experts to introduce the script development process of the American film industry. The workshop will cover the art and visual narration of mainstream TV series and allow Taiwanese film and TV talents to learn and exchange experiences that hopefully leads to future cooperation opportunities between the two countries. The winner of the pitching session will also have a chance to attend a film course at the North American Film Academy in Los Angeles in November.’

The Motion Picture Association is a trade group representing the five US major film studios (Walt Disney Pictures, Paramount Pictures, Sony Pictures Entertainment, Universal Studios, Warner Bros. Pictures) as well as the video streaming service Netflix – which devised the infamous Hays Code in the 1930’s to stop the moral crusades against the movies. These days, piracy is the hot button issue and the reason for its attention to the Asia-Pacific.

There was a time when the US film sector was essentially pushing the American way of life, limiting the power of foreign sales agents and advancing Hollywood exports. But it has moved with the times – witness the arrival of Netflix as a member. It now looks like a progressive player in a rapidly globalising sector which is also under pressure from ideological control across the region.

As a result, we can see the MPA logo on projects which have nothing to do with a Western aesthetic or a free market economy.

This year APSA has announced an Australasian jury. Maramanindji woman Penny Smallacombe is Screen Australia’s Head of Indigenous, New Zealand producer Catherine Fitzgerald has a seat as a 2019 MPA APSA Academy Film Fund recipient, and veteran film distributor Andrew Pike chairs. He has done it for the last twelve years.

As the release says,

To date, 44 projects from 22 countries and areas of the Asia Pacific have been supported through the initiative, with recipients including both emerging talent and established auteurs. 13 feature films have been completed and debuted to international acclaim.

The fund is an outgrowth of the APSA Academy, whose 120 or so members are previous finalists and winners. Each application must involve an Academy member, who will be from this list of roles: Director, Producer, Co-Producer, Executive Producer, Screenwriter, Actor, Actress, Cinematographer, Composer, Script Consultant or Cultural Advisor, a task defined by the UNESCO Universal Declaration on Cultural Diversity.

That creates quite broad opportunities for non-members, although projects are expected to reflect their cultural origin, demonstrate cinematic excellence and are deemed Asia Pacific. There are no criteria about marketplace or mainstream audience.

Staff are adroit at managing documents and translations in many languages and time zones.