The Dry, Penguin Bloom, kdramas, cartoons and more, in this month's roundup of what the office is watching.
Jini Maxwell 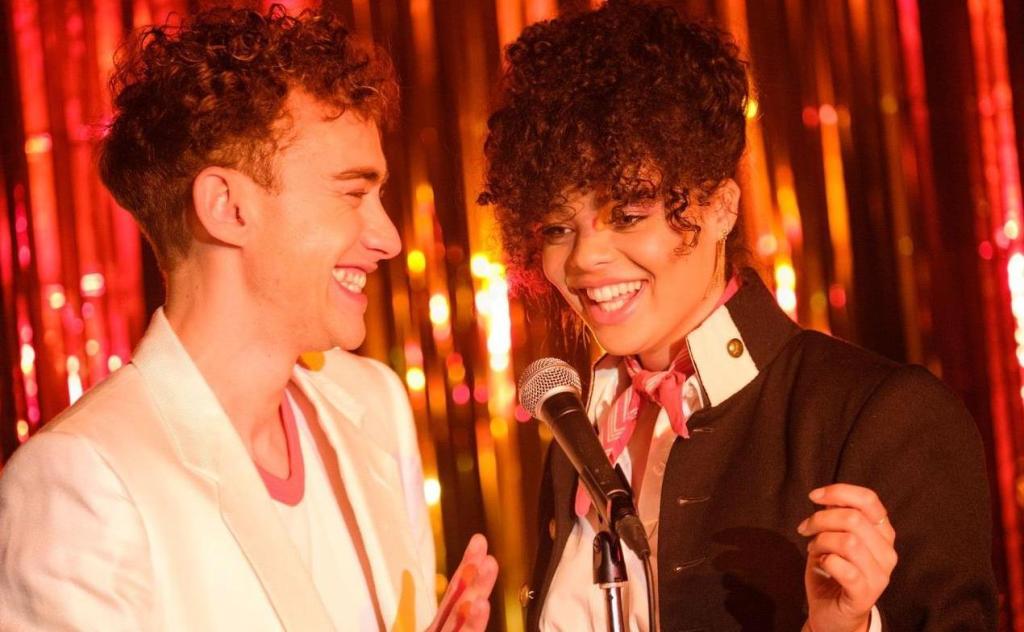 This month, a brief circuit breaking lockdown sent the denizens of our Melbourne office scurrying back to our screens — and luckily, there was plenty there to watch. Whether you’re interested in the existential, or looking for your fix of local content, these are Artshub and Screenhub’s recommendations for February.

I’ve never really delved into kdrama before, but I’m enjoying my foray into Flower of Evil immensely. It’s a murder mystery that follows Cha Ji Won, a glamorous detective with a loving husband, healthy daughter, and seemingly perfect life. But her husband Baek Hee-Sung has a dark past that starts to spill into the present.

It’s a fantastic weekday evening watch: it’s thrilling without being too scary, with plenty of moments of levity, and everyone in it is good looking. What’s not to like?

Ebony Dennis, Artshub and Screenhub’s newly minted sales operations and accounts manager, has been watching Netflix documentary series Surviving Death. The series delves into the concept of life after death, which she says, ‘made me contemplate my life and mindset on life in a whole new light.’

‘It recounts near-death experiences, mediums, signs from the dead, and the concept of reincarnation. A good thought-provoking watch for any open-minded souls.’

ArtsHub’s Richard Watts says he watched It’s a Sin, the latest TV series from UK showrunner Russell T Davies (Years and Years, A Very English Scandal) with some caution, given its all-too-close parallels with some aspects of his own life.

‘In 1981, when It’s a Sin begins, I was – like many of its lead characters – coming to terms with my incipient queerness in a distinctly hostile environment (in my case a small country town). By 1991, the year in which the last episode takes place, I was working at the Victorian AIDS Council as a medical receptionist as the waves of the pandemic broke all around us,’ Watts says.

‘There are moments in this series which I found almost unbearable, both because of the events they depict and the memories they re-awoke. If you plan to watch it, even if you didn’t live through the early years of the pandemic, I recommend you do so with a box of tissues handy and a sympathetic friend on speed dial – you’ll probably need them.

‘But despite its emotional impact, there are elements of It’s a Sin that rankle. As per previous shows written by Davies such as Queer as Folk and Cucumber, his central characters are often self-centred and difficult to like. It’s the characters orbiting around the arrogant Ritchie (Olly Alexander) such as shy apprentice tailor Colin (Callum Scott Howells, clearly playing a Davies-substitute akin to the Doctor Who-loving Vince from Queer as Folk) who are more attractively drawn and more compelling.

‘I also found the increasing significance of Jill (Lydia West) as the series progressed somewhat frustrating. As a representation of for every woman, gay and straight, who played such a critical role in the AIDS crisis caring for young men whose families abandoned them, she is a significant character. But the script’s increasing dependence on her as the audience identifier means that by episode five, It’s a Sin no longer feels like a program made for and celebrating the gay men who survived the AIDS crisis, but one in which we’re relegated to the sidelines, our perspective and our stories usurped by the heterosexual gaze.

‘Given Davies reportedly struggled to find networks which would commission the program, it’s no wonder that’s he’s crafted a show that’s palatable for straight audiences, but it also feels jarring – as if he’s compromised his queer vision, resulting in an uneasy juxtaposition of perspectives and storylines in a series that splinters towards its end as a result.

‘Performances are excellent, the soundtrack pops with some joyously nostalgic tunes, and the whole series races along at a cracking pace. My main criticisms aside, it’s still a deftly made and highly entertaining program,’ Watts concluded.

The Amazing World of Gumball, Stan

Content director George Dunford spent the last five days of Melbourne mini-lockdown in family mode. One of the treats he discovered in that time was The Amazing World of Gumball. ‘It’s been a real lockdown discovery to enjoy with my kid. There are over 200 episodes running at a sweet 11-12 minutes which make them a treat-sized version of screen time.

‘It follows 12 year old Gumball, a blue cat, who together with his kinda brother, kinda pet fish Darwin find their way into schoolyard scrapes or into adventures with their dad (a pink rabbit who Darwin insists on calling Mr Dad). It’s the brainchild of French-British animator Ben Bocquelet, who started out in Cartoon Networks UK office as the guy who would help other cartoonists pitch their work. His own idea – a school of rejected cartoon characters – eventually became Gumball. Because Gumball’s classmates all use different styles of animation (from a lumbering dinosaur to stop motion balloon to a downright nasty monkey teacher Miss Simian) it can be counted as homeschooling in art.’

And finally, Screenhub’s editor David Tiley reminds us to watch the Australian films which are in the cinemas at the moment. ‘The Dry came out first this year, with a great performance from Eric Bana and a loving rendition of rural life in Australia. It has all the fun of a mystery but with a sense of homage underneath it.’

He continued, ‘High Ground is also viscerally engaging, and clobbered my point of view about frontier history pretty hard. Like a lot of us I figured I knew the basics about massacres, invasions and displacement, but this film really took us into the Aboriginal experience of slaughter and dynamic resistance. It gained such energy in the storytelling.’

And if you’re after a gentler cinema experience, he recommends Penguin Bloom all the way. ‘The film worked really well for my sister and her daughter, who works in disability care and has slowly turned into a determined advocate. They both said it was really beautiful; they loved it, even though it made them cry.’