This week in the box office, an object lesson in the value of perseverance in the face of underwhelming beginnings.
Jini Maxwell 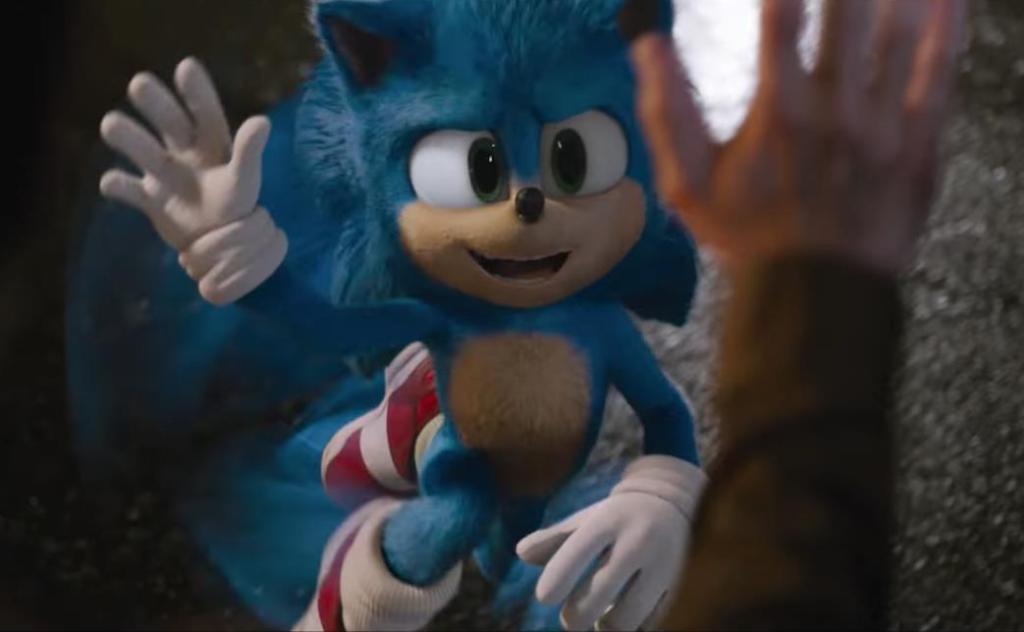 High fives all around. Image via Paramount.

The blue hedgehog might have had a tricky time in production, but he’s come out on top: Sonic the Hedgehog raced to the top of the charts in its opening weekend, for a weekend taking of $3,878,349 across 365 screens, for an average taking of $10,626 per screen. The spiny speed demon displaced Birds of Prey from the top spot in its second week, but the feminist action flick is still going strong, adding another $2,595,464 across its 316 screens, for a very healthy screen average of $8,213.

Despite some negative hysteria, the film is doing fine with $213m around the world, off a budget of $125m, in eleven days. It has no sale to China, even though her first film Dead Pigs will be released there and has no outing in the US. Director Cathy Yan is Chinese-American and is in the middle of a stunning career.

The the latest incarnation of the oft-adapted Austen classic, Emma, also made its debut this weekend, swanning on 302 screens for a decent screen average of $3,551, for a total weekend taking of $1,072,546.

We saw another solid debut in Fantasy Island, the supernatural horror that underwhelmed critics, but took the box office by storm. In its opening weekend, the film brought in just over a million at the box office – $1,001,728, to be exact, which makes for a very healthy screen average of $4,616 across its 217 screens. Bad Boys for Life has dropped from the third to sixth spot in the charts in its fifth week in release, but it’s numbers are still looking good: the film brought in $881,911 across 241 screens.

May I just say, there’s never been a better week to be on Parasite Watch: In the wake of its Oscars cornucopia, Parasite is up the top of the charts. In its 34th week in release, Parasite is showing on 100 screens, and its profits are up 378% from last week. That translates to a weekend taking of $749,072, or, a fantastic average taking of $7,491 per screen. With numbers like these, I can imagine we’ll see this film on even more screens next week; it’s clearly a favourite of critics and crowds alike.

There are a few other Oscar darlings hanging out in the charts, but none with the explosive success (and tenacity!) of Parasite. Bombshell is in its fifth week in release, and showed on 175 screens this weekend, for an average of $1925. That makes for a weekend taking of $336,807, just squeaking ahead of Jojo Rabbit by $165. Jojo Rabbit, which brought in $336,642, showed on 190 screens, up from $146 last weekend, for a screen average of $1,772.

Little Women is faring similarly; in its eighth week in release, the film made a weekend taking of just $274,418. That makes for a screen average of $1,542 across 178 screens, down from 271 screens the weekend before.

Over in the limited release charts, The Lighthouse enters its second week still on 25 screens, and added another $88,691 to its coffers, bringing its total box office takings to date to $489,620.

The Leunig Fragments also premiered on just 21 screens, and despite causing something of a critical hubbub, it doesn’t seem to be finding its audience; debuting on 21 screens, the documentary averaged just $746 per screen, for a meek weekend taking of $15,675. I guess the box office didn’t have space for more than one cartoon with a few controversies under its belt – and Sonic won out in the end.

H is for Happiness has left the chart, which is extremely sad.