Why 13 Going on 30 rom-com gets better with age

It probably doesn't comfort anyone to know that Christa B. Allen, who played Jennifer Garner's younger self, is now 30 years old.
Amy Loughlin 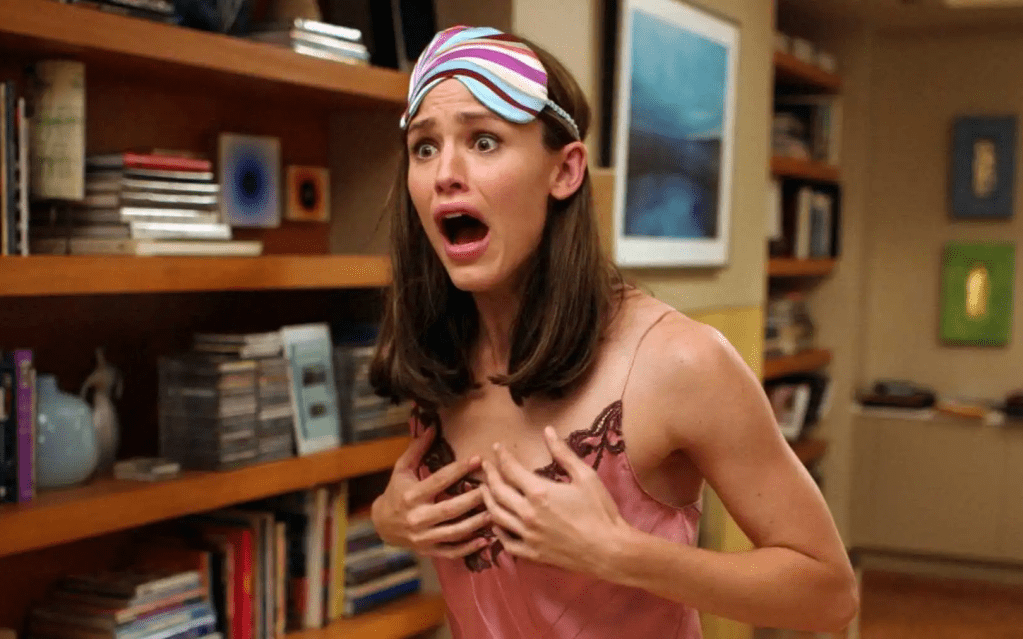 Last week, film-lovers were invited to Jenna’s Birthday Screening at Cinema Nova in Melbourne – Jenna, of course, being the protagonist of the 2004 comedy 13 Going on 30 starring Jennifer Garner.

Attendees – myself very much included – received a pack of Razzles candy on arrival and the screening was followed by a 2000s-themed dance party complete with $10 Pina Coladas (not virgin).

Jenna discovers that, in many ways, she’s achieved her goals – she’s successful, fashionable, and clearly kicking goals. But she also discovers that she doesn’t totally like the person she became in pursuit of her dream life.

In my view, it’s a brilliant modern fairy tale, and the nearly sold-out screening suggests I’m not the only one.

Now – this is certainly not a diss. But on the surface, 13 Going on 30 doesn’t have the fan or cult appeal of other specially curated screenings from the independent theatre – for example, Rocky Horror, or Nova’s recent Twilight marathon/retrospective.

So why now? Why did so many people flock to the cinema to watch a film that has been out for 18 years?

I argue that 13 Going on 30 might be the perfect film for 2022, and for multiple generations of young women who want to find a sense of community in their cinema-going.

Nostalgia is a hell of a drug

It’s no secret that nostalgia has driven the majority of blockbuster releases for at least a decade. A new Top Gun just came out, there’s a new Dirty Dancing and Indiana Jones on the way – if it’s not a direct remake or sequel, chances are it’s a comic book film based on a pre-loved, pre-vetted character.

But we’re not just nostalgic for stories and characters we already love – we long for the time periods we left behind. If you need any proof of the ‘Noughties-Renaissance’, walk through any Australian city and count the number of spiky space-buns, corset tops and platform sandals.

13 Going on 30 offers a double whammy of nostalgia. It features celebrate some of the best – and worst – of noughties pop culture (J-Lo, heroin-chic fashion magazines, prime-Mark Ruffalo, and a brief jump scare of Rudy Giuliani for some reason). But it’s already a tribute to growing up in the 80s (memorising Michael Jackson’s thriller dance, Wang Chung, Talking Heads, Madonna, bright blue eyeshadow, and seemingly a fear of technological advancement).

A fair chunk of the audience at Jenna’s Birthday Screening were children when 13 Going on 30 first entered cinemas. And it probably doesn’t comfort anyone to know that Christa B. Allen, who played Jennifer Garner’s younger self, is now actually 30 years old.

And why not feel nostalgic for two periods of time where life for young people was seemingly optimistic? Jenna is literally living out our fantasies of being a successful, confident, fashionable woman in a period where being comfortable in your career and finances by 30 wasn’t (quite as) insane.

A mother and daughter with a rocky relationship wake up to discover they’ve swapped lives. In order to find their way back, they need to learn to understand one another.

A wish with the creepy-as-all-hell Zoltar turns 12-year-old Josh into a 30-year-old man overnight – while he tries to find his way back to his body, he finds success working for a toy company and reminds the adults around him the importance of finding your inner child.

Two teenagers living in separate parts of Japan discover that every day, they are swapping bodies and lives.

A new take on the Freaky Friday model, a serial killer and a ‘final girl’ accidentally swap places – but the chase is still on.

Mike (Matthew Perry) peaked in high school. Going through an unhappy divorce makes him wish for a return to his high-school self – and he gets it.