Few punches are pulled in a drama of home, church and state that thrums with the unease of its country and setting.
Sarah Ward
[This is archived content and may not display in the originally intended format.] 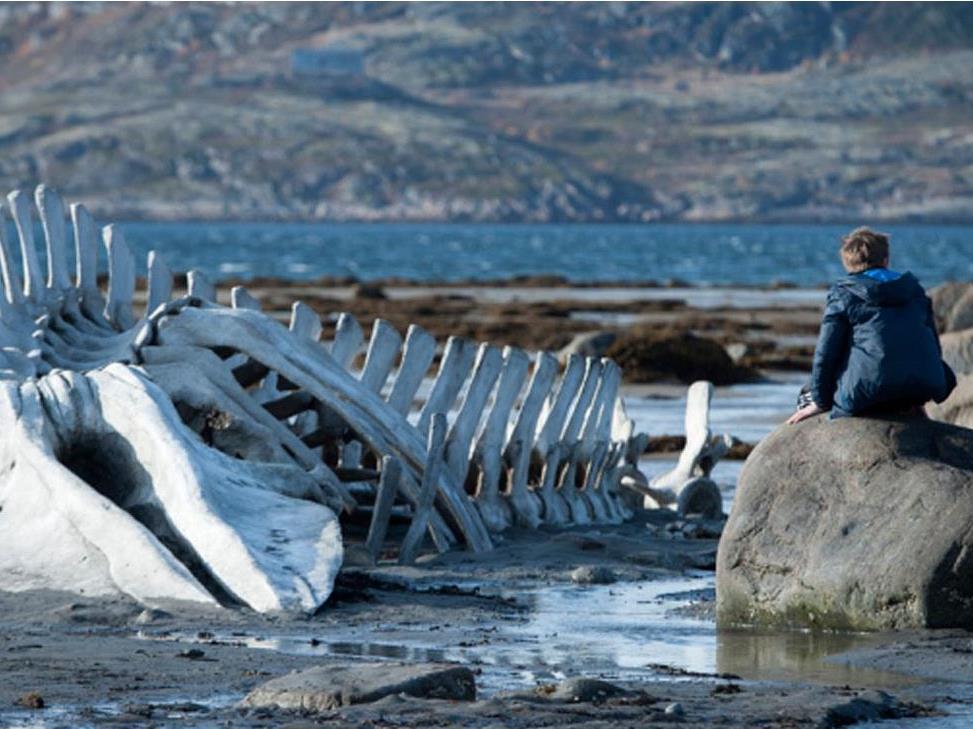 Kolya (Aleksey Serebryakov, Russian TV’s Ladoga) stands in court with his wife, Lilya (Elena Lyadova, The Geographer Drank His Globe Away), and his military buddy turned Moscow lawyer, Dmitri (Vladimir Vdovichenkov, miniseries The White Guard), listening to a summary of his case against his coastal hometown of Pribrezhny near the Barents Sea, and its corrupt mayor, Vadim (Roman Madyanov, Legend No. 17). Developments are offered, including the current state of his efforts to fight an acquisition order over his waterfront home and the auto-repair garage he runs as his sole source of income, but the tone of the matter-of-fact account uttered by a clerk doesn’t waver.

Instead, the stream of details melds into one monotonous, almost-comic drone of words, sending an apt message. It is not what is said that is so telling, but how, without pause for emotion or opportunity for hope, nor allowing even a glimpse of a pathway to pursue another alternative. It may not be Leviathan‘s (Leviafan) first scene; however it is one of the earliest examples of the film’s missive of gloom over the state of modern Russia – and one mirrored, all the more mournfully, later in the movie. Few punches are pulled in hammering home that statement in the sequences that surround these jaunts with the judicial system: Putin’s portrait hangs over Vadim’s office; pictures of previous presidents are used as target practice.

It is readily apparent, then, that Andrey Zvyagintsev’s latest feature once more thrums with a mood of unease tied to the writer/director’s homeland. In perhaps his most ambitious effort to date following 2003’s The Return, 2007’s The Banishment and 2011’s Elena, he paints an intimate story on a grand scale, focusing on one man’s plight but remaining ever-aware of the broader repercussions. Two sides of the same coin, corruption and justice, constantly spin throughout encounters big and small, personal and private, and with the church and the state. Kolya rallies against ill treatment and has ample ammunition to aid his battle – but, in a web of emotion that ensnares Lilya and Dmitri, he also has his own domestic issues balanced upon a precarious power struggle.

Perhaps less expected is the courage and conviction that Zvyagintsev, his returning co-writer Oleg Negin, their Cannes Film Festival-winning screenplay and the end product of their efforts that is Leviathan all demonstrate. At 140 minutes, the feature is slow and steady in ostensibly updating the biblical book of Job, yet its gaze is steely, focused and utterly unrelenting, as is the impact of the narrative’s endgame. The intersection of doomed beauty and unwavering harshness ripples through every shot, whether showing the ferocious waves that lap against the rocky shoreline; lurking with Kolya’s teen-aged son, Roma (Sergey Pokhodaev, The Private School), in the giant whale skeleton beached in the sand; or allowing a social gathering to play out with moments of stolen solace before tainting it with unavoidable drama. In look as in feel, anything other than anger, danger, hurt and sorrow is fleeting, the movie constantly posits.

The corresponding performances leave the same mark, all masterclasses in doing rather than saying in keeping with the filmmaker’s usual mode of operation. Each is played close to the chest in contrast to the expansive, widescreen backdrop the actors are constantly posed against, shown creeping through surroundings inside and out rather than nestled at home within them. They’re taut, terse, dense and delicate portrayals tailor-made for a film that can be described as the same. Once more, Leviathan thinks big while sweating the small stuff, wreaking its only disappointments from its inevitable obviousness. Zvyagintsev knows how to get his point across, poignantly, potently, and with the precision and patience of a cinematic craftsman, but that this tale is a tragedy is never in question.