As heretical as this will sound to some devotees of American writer-director Jim Jarmusch, I prefer the fairly obvious humour of The Dead Don’t Die to the overly solemn “poetry of everyday life” approach of his preceding fiction feature, Paterson (2016). It’s hard to divine exactly what impulse (or mix of impulses) led to this...
Adrian Martin 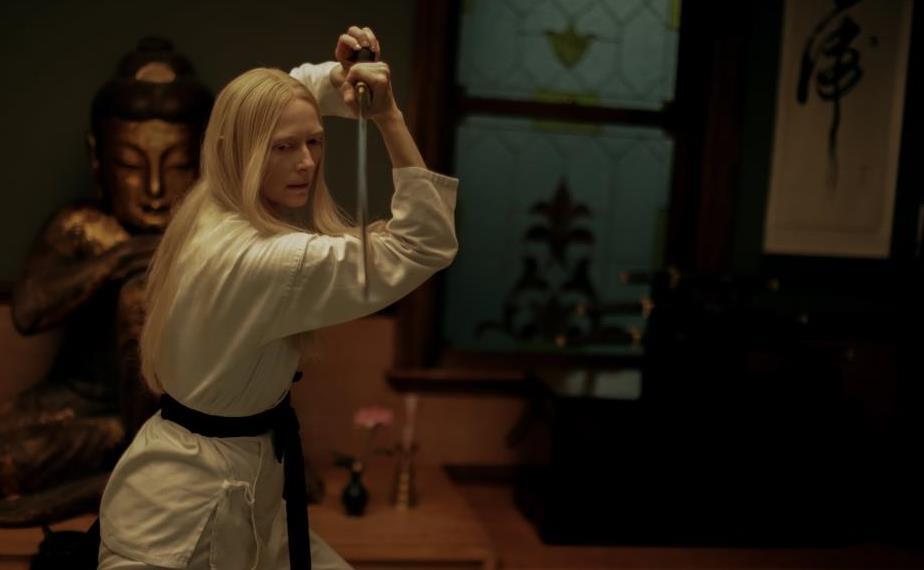 As heretical as this will sound to some devotees of American writer-director Jim Jarmusch, I prefer the fairly obvious humour of The Dead Don’t Die to the overly solemn “poetry of everyday life” approach of his preceding fiction feature, Paterson (2016). It’s hard to divine exactly what impulse (or mix of impulses) led to this embrace of comical zombie horror by Jarmusch and, as usual, he is not giving much away in interviews about his real intentions. But the result is an intriguing combo of giddy light-headedness and a bit of good, old-fashioned, punk nihilism.

The Dead Don’t Die is, in many respects, Jarmusch’s gift to his faithful fans. The cast, especially, is a flick-book of familiar faces trailing all the way back to Permanent Vacation in 1980, and proceeding through virtually every station in his filmography, whether fiction or documentary: there’s his partner and collaborator Sara Driver, Iggy Pop, Eszter Balint, Tom Waits, Steve Buscemi, Rosie Perez and many others. The front line of the cast is equally at-home: Bill Murray, Adam Driver, Chloë Sevigny and (most delightfully of all) Tilda Swinton.

Very little happens by way of plot. As is often the case in Jarmusch, there’s a basic, initial situation that is gradually unveiled – an encounter, a crisis, a change in the general state of things – and then there is a series of diverse reactions to that situation. Dead Man (1995), which remains his masterpiece, boiled that template down to its purest, most mysterious and poetic form: the character of the “dead man” (played by Johnny Depp) announced in the title spends most of the film, in fact, dying.

In The Dead Don’t Die, the sleepy, entirely ordinary American town of Centerville is – as its heroes take a while to realise – being turned into zombie town. Some casual snippet of news informs us that the same thing is happening the world over – so, say goodbye to any meaningful, utopian escape route. Police members Cliff (Murray), Ronnie (Driver) and Mindy (Sevigny) come to no greater insight into this global plight than that they should try to avoid being eaten, and stay firmly bolted (if they can) inside the jail. Still, through their ample front window, they can enjoy the spectacle of Zelda (Swinton) calmly slicing her way through zombieifed impediments with her trusty samurai sword – which looks like a detail right out of Nicolas Winding Refn’s recent TV series, Too Old to Die Young.

On one level – probably the major or overriding level for many viewers – the film gears itself to a deliberately semi-infantile level of nerdy, cinephile fun: the character names (“Cliff Robertson”, “Zelda Winston”) are frequently nutty, and the printing visible on tombstones includes a winking tribute to one “Samuel M. Fuller”. To appreciate the full extent of Jarmusch’s mischief here, you’ve got to pay attention right from the opening “Focus Features” logo: a few, fleeting frames of the zombie horde have been subliminally inserted there, as well.

All the same, there’s a disquieting note to these wacky proceedings. Other bunches of reasonably likeable characters are set up by the film – a group of teens (led by Selena Gomez) on vacation, another trio in juvenile detention, the old-timers who frequent the local diner, a nerd who runs a comic-book and paraphernalia store – who sometimes just drop out of the unfolding plot until we later find them dead, or undead. Jarmusch refuses to shine a hopeful light anywhere in this narrative tunnel.

The Dead Don’t Die positions itself squarely in the tradition of George A. Romero’s zombie classics made between Night of the Living Dead in 1968 and Survival of the Dead in 2009  – rather than, say, TV’s The Walking Dead, or many other international and multi-cultural variations on the zombie formula. Apart from all his brilliant play on the “rules” of the genre (how do you kill those darn things?), it was Romero who, with anarchic zeal, single-handedly turned this branch of horror toward socio-political allegory – even as he subtly shifted the terms of that allegory from one movie to the next. In Jarmusch’s case, however, he is clearly not looking to generate spin-off “franchise” sequels. And there are moments when one suspects that he’s unable to invent anything much that Romero hasn’t already covered before in this field – such as the detail of zombies “returning to whatever they liked doing when they were alive”, such as gazing at their mobile phones!

Speaking of those phones, one of the most intriguing published responses to this film to date has come from the distinguished critic Marcos Uzal in the highbrow French magazine Trafic. He takes it as given that Jarmusch’s zombies represent the fatally “stupid”, average consumer-citizens of the USA today – in contrast to the attitude of Romero who, by the time of his sublime Land of the Dead (2005), was imagining the undead collective as a new proletariat, imbued with memories of past oppression and an instinctive, revolutionary consciousness. Uzal detects a curious note of lacerating self-critique in Jarmusch’s assembled look-back through his career: the “slowness of zombies” is, after all, the same “existential manner” that his characters have always had of shuffling through a city or a landscape – except that now their wandering is rendered “imbecilic and pointless”. For Uzal, the core of Jarmusch’s nihilistic, dead-end poetry here is in the implied contrast between the zombies’ sluggish movements and the “intelligence and precision of gesture” associated with Zelda’s Tarantino-esque sword massacres.

As unlikely as it may seem, The Dead Don’t Die had me pondering a particular, relatively recent development in the academic sector, both in Australia and elsewhere. No, I am not talking about any general zombiefication. It’s this: I am often called upon by tertiary institutions to assess various kinds of “practice-led research” PhD projects – where a traditional, written thesis (or exegesis) is presented alongside a creative work. It’s an increasingly popular avenue of expression, especially (in my experience) for young artists just starting in the game or, at the other end of the age-and-experience spectrum, already well-established artists returning to the university fold. Many questions assail my mind during this process, particularly: is the creative part just a mechanical illustration of certain intellectual precepts?

Occasionally, the creative part of such projects materialises as an imaginary screenplay. Such scripts often exhibit the extreme self-consciousness of a “meta” dimension – that is to say, not only do events reflect certain ideas about narrative form, but the fictional characters may even “break the frame” of their roles to explicitly discuss these theories. It is commonplace, in fact, for characters in these situations to seek advice on their properly three-act destinies from a handy screenwriting manual – not entirely a new gag, since back in the 1959 Hollywood comedy The Gazebo, for instance, Glenn Ford was already putting in a call to Alfred Hitchcock for some assistance on the outcome of the film’s tricky plot.

Now, I would not have been at all surprised to encounter the screenplay of The Dead Don’t Die in the course of a “creative writing” or practice-led PhD. Its meta-patter begins early on, when Ronnie deflates Cliff’s déjà vu feeling about the song playing on the car radio – the sappy country music ballad “The Dead Don’t Die” by Sturgill Simpson – by matter-of-factly stating: “It’s the theme song” (which we will indeed hear many times). In case you don’t get the point of that gag when it appears, Ronnie will keep repeating for us that “This is all gonna end badly” – and backs up this supposition with the revelation that he’s “read the script” already.

There’s a strangely naïve, illustrative, undergraduate aspect to this strand of humour in the film. Maybe it goes with the general tone of infantile fun. Or maybe it’s Jarmusch’s preferred way of telling us – as Tom Waits also does, in his role as the secluded, bearded observer of this apocalypse – that we’re truly living in a “fucked-up world”.