Film Review: ‘Relic’ is an assured cinematic exercise in dread 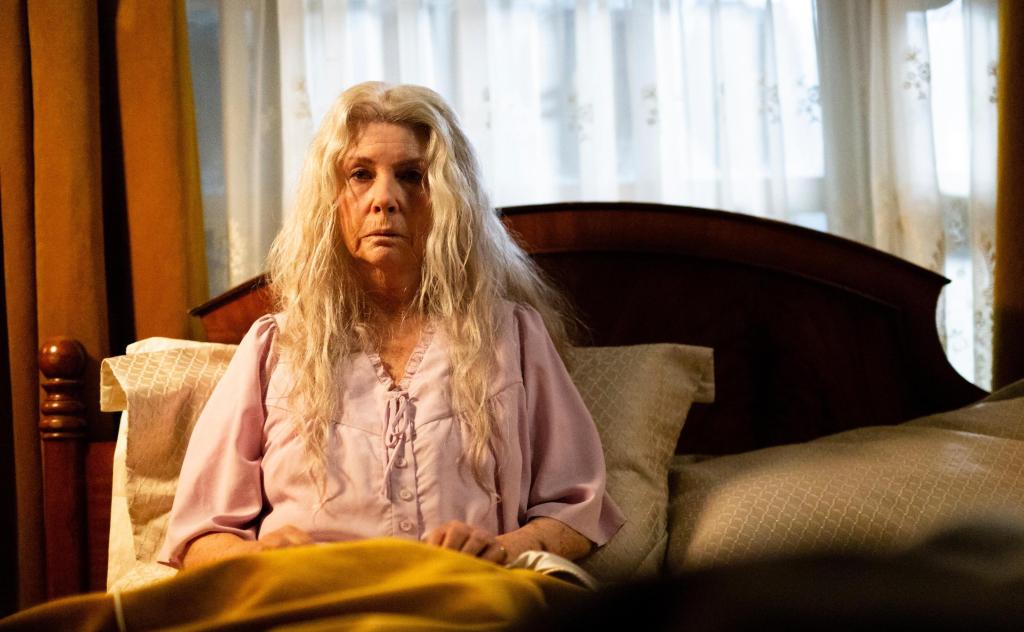 Decaying, abandoned objects hold a melancholy allure. They are relics: material artefacts of vanished lives. This is why the Titanic continues to fascinate us, and Chernobyl holds its morbid appeal. It’s why urban explorers find romance in disintegrating office buildings, theme parks and resorts. We use these objects to mediate the bleakness when someone dies alone and isn’t discovered until long afterwards.

Relic opens on a montage of dusty objects in a mouldering house, establishing the intense, almost suffocating quietness that makes Natalie Erika James’ directorial debut such an assured cinematic exercise in dread. Our gaze is particularly drawn to an octagonal leadlight window depicting a stylised landscape; this will become a key motif. Windows let in air and light; they mediate between natural and constructed worlds. This window is set in the house’s front door; it invites people inside. It’s a threshold crossed by family and friends who want to understand and care. But it’s also a warning, in the shape of a stop sign. And it allows less welcome presences to make themselves at home.

The rural house belongs to elderly Edna (Australian theatre legend Robyn Nevin), who lives there alone. As the film begins she’s gone missing, and local police notify Edna’s daughter Kay (Emily Mortimer, doing a pretty decent Australian accent), who drives up from Melbourne with her own daughter Sam (Bella Heathcote, last seen in Stan’s Bloom). As they search the house, and then the surrounding forest, it’s clear something is amiss. There are new locks on the doors – especially on the door to Edna’s walk-in wardrobe. Edna’s armchair has been turned to face the window. The kid next door, Jamie (Chris Bunton), is reluctant to come inside.

All this – including Edna’s disappearance – can be explained away as the onset of dementia. And when she suddenly returns, calmly, with no explanation but with a nasty black bruise on her chest, Kay concludes her mother can no longer live alone. She’s been haunted by nightmares of the original forest shack on the property, now demolished – except for its front door with the stained-glass window – where her own grandfather died alone.

And this film is about the tension between abandonment and care. It’s no accident that Kay is in the sandwich generation: middle-aged adults torn between responsibilities to both their parents and their children. One particularly unsettling sequence flips the familiar parental scenario in which a scared kid insists there’s something under their bed: it’s now Kay reassuring her mother, then as she humours Edna by checking under the bed, something moves…

With an economy of dialogue and a keenness of observation, James sketches a portrait of intergenerational alienation: Edna and Kay haven’t spoken in weeks, and nor did Kay realise Sam had quit work and study. The film is interior, in a psychological as well as an architectural sense: the three women circle each other warily, oscillating between affection, guilt, bewilderment and rage.

James keeps the audience off-balance by shifting perspective between them. Sometimes we feel Edna’s terror of losing her existential battle against an invading force: ‘Where is everyone?’ she cries to Kay. Sometimes we feel Kay’s powerless horror at witnessing her mother’s disintegration. And sometimes we’re with Sam as her beloved grandmother becomes a nasty stranger, and Edna’s possessions are no longer fond memories but an oppressive labyrinth. The three central performances are all terrific.

Charlie Sarroff’s cinematography moves the way mould spreads: slowly, dwelling in darkness and dampness, creating a powerful sense of contamination. Shots are framed and held elegantly to highlight creepy details, then cut away in the moment before the nightmare comes into focus. Shadowy figures shift in the background; tracking shots have a heightened, hallucinatory feel. The film’s final act brings the tension to a boiling point of gothic terror.

Some ‘domestic horror’ films – I’m thinking especially of JA Bayona’s El Orfanato – derive their power from the macabre twist that there’s a material reason for apparently supernatural events. But Relic, which draws upon James’ earlier short film Creswick, is closer to Jennifer Kent’s The Babadook in its refusal to explain away its central allegory.

The film’s final scenes are disturbing and ambiguous, but also cathartic and almost sacred. Relic will resonate with anyone who’s ever witnessed human frailty at confrontingly close quarters. It challenges us to valorise people in all their messiness, and not just to romanticise what they leave behind.