Seth Larney's time travel drama was opening night film at Adelaide Film Festival. Critic Adrian Martin ponders its place within the genre, and its attempts to have it both ways regarding the human perspective.
Adrian Martin 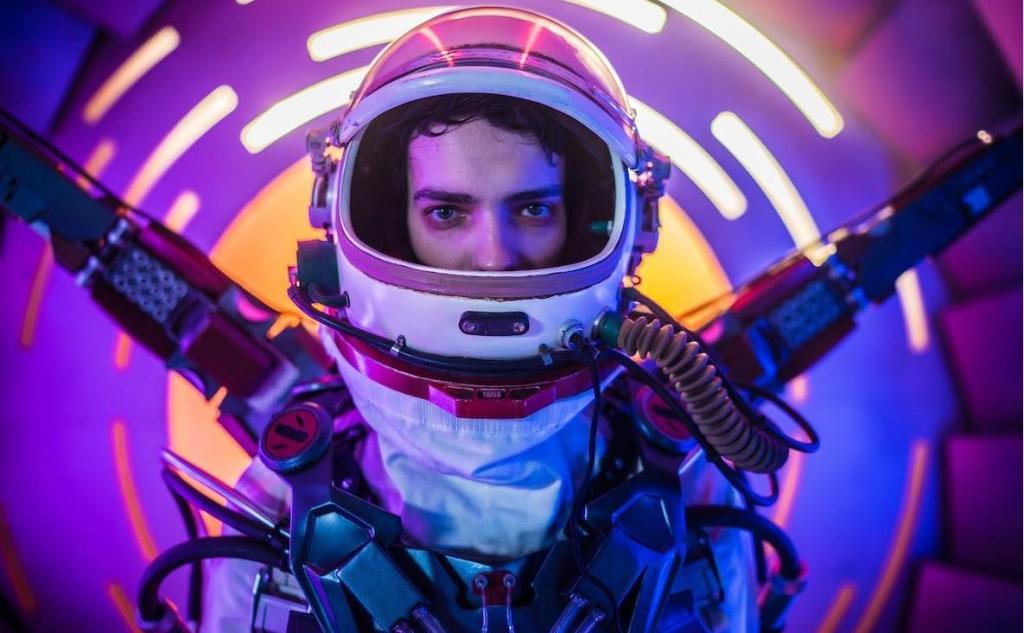 The movie memories hit you thick and fast during Seth Larney’s ambitious sci-fi time travel drama 2067. The open-ended dilemma of what happens if we ‘interfere with time’ recalls everything from Twin Peaks to the Bill & Ted franchise, via Duncan Jones’ Source Code (2011). The large, funnel-shaped device that allows this hopping through time is reminiscent of the one confronted by James Spader in Stargate (1994). A floating public-address hologram featuring an Asian woman returns us to the troubled, future-noir streets of Blade Runner (1982).

And on it goes, scene after scene. But why not? The very definition of genre in cinema is that each new film in the pack necessarily picks out, assembles and reworks the already given elements of a particular narrative and iconographic pool. This sort of familiarity constitutes a kind of ritual for the audience. So, it’s no use saying that 2067 is ‘derivative’, as if that constitutes a valid criticism. Most mainstream movies (plus a good many art movies) are derivative in exactly this way – some more obviously than others. Larney takes the path of obviousness, which is hard to avoid when using large-scale plot devices like time travel.

Let’s back up for some plot detail. Ethan Whyte (Kodi Smit-McPhee) is a young guy working down the techno-shafts of a gloomy future: ecological catastrophe and complete social breakdown rule the roost. He could be one of those tiny figures shifting the giant machine cogs in Fritz Lang’s Metropolis (1927). Ethan’s best mate – because this is definitely a film about a very Aussie code of mateship – is Jude (Ryan Kwanten).

One fateful day, Ethan is mysteriously called away from his ordinary anonymity by an imperious entrepreneur, Regina (Deborah Mailman), head of ChroniCorp, in order to become the central player in an experiment to fling him into the future – an experiment chock full of what-if mysteries and problems but, all things considered, perhaps the only hope left for mankind’s survival. Go Ethan!

Ethan, however, is not really a go-ahead kind of bloke. He’s a melancholic hero, a figure of ‘male pathos’ much given to tears, exasperated complaints and outright breakdowns. In his present situation, he frets about his ailing wife, Xanthe (Sana’a Shaik). And in flashback convolutions that are reminiscent of Denis Villeneuve’s Arrival (2016), we discover the murky depths of Ethan’s childhood and family life – especially revolving around the sudden disappearance of his father, Richard (Aaron Glenane), who happens to be the inventor of the time travel gizmo. Smit-McPhee’s interpretation of the character of Ethan emphasises the wounded ‘inner boy’ who has never been able to find closure or entirely grow into maturity.

At this point, 2067 meets up, most of all, with James Gray’s Ad Astra (2019), in which an astronaut played by Brad Pitt was handed the destiny of both surmounting and debunking the legacy of his enigmatic father (Tommy Lee Jones). Except that Larney (with a budget pieced together from Screen Australia, South Australian Film Corporation, Adelaide Film Festival Investment Fund and Screen NSW) is working with what is presumably a fraction of the resources Gray had at his disposal.

Larney and his team do a decent job – 2067 clocks in way above some previous Australian efforts in the sci-fi genre, such as Zone 39 in 1997 (described by one critic at the time – me – as ‘mind-bogglingly threadbare’). Digital effects, coupled with Earle Dresner’s cinematography, create believable vistas of ruined and rebuilt cities. Kirsten Axelholm’s music uses a churning cycle of majestic chords that has some of the same lyrical affect as Hans Zimmer’s score for Terrence Malick’s The Thin Red Line (1998).

Most commentaries on 2067, however, concentrate on the script, which is also by Larney. And it’s the script that brought up the strangest movie association of all for me. Back in 1963, French New Waver Jean-Luc Godard flouted movie convention in Contempt, by deliberately calling a halt to narrative flow and sticking his central characters (played by Brigitte Bardot and recently deceased Michel Piccoli) inside their apartment – and then watching them flirt and argue with each other, back and forth, for some 30 minutes. This may not be a specific homage on Larney’s part, but I did recall Contempt once Ethan and Jude camp inside an impressive set (designed by Jacinta Leong) and begin arguing the finer points of time travel philosophy.

‘Deborah Mailman, clearly realising that archetypal villainous roles (this one is in the mould of Cruella De Vil) are often the best for an actor, gleefully inhabits the part, thereby answering with gusto any possible objection in the air that ‘Evil Black Woman’ is a cultural stereotype to be avoided at all costs.’

2067 is not the first sci-fi movie to be tempted, on a relatively low budget, by such a ‘chamber drama’ device, heavy on talk and low on action (except for occasional bursts of buddy-buddy fighting), with occasional message-interjections from a pesky computer. How else to convey the often rather abstract (and even abstruse) concepts that characterise this genre? Certain ponderous keywords circulate between Ethan and Jude during this long section of the film: faith, belief, future, hope … all of which land loaded with traps, such as: can Ethan, finally, really trust his mate? And what is it that truly deserves our faith: love, society, humanity?

This brings us to the ripe role of Regina. Deborah Mailman, clearly realising that archetypal villainous roles (this one is in the mould of Cruella De Vil) are often the best for an actor, gleefully inhabits the part, thereby answering with gusto any possible objection in the air that ‘Evil Black Woman’ is a cultural stereotype to be avoided at all costs. I salute her for this.

Moreover, Regina gets to declare a position that finds some favour in our dire times. 2067 plugs into the modern philosophy of the anthropocene – the idea that the human race is hardly the be-all and end-all of cosmic history, but only, in all likelihood, a brief blip in the many facets of evolutionary time. When Regina announces that humanity needs to die out for a while in order let the planet reboot itself and live on, she might as well be citing the provocative recent book by Australian expatriate Patricia MacCormack, The Ahuman Manifesto: Activism for the End of the Anthropocene (Bloomsbury). This publication, in fact, aroused nasty reactions from some human beings apparently very unwilling to let go of their assumed sovereignty as the centre of the universe.

Without revealing too much, it can be said that 2067 valiantly struggles to have it both ways: to suggest the significance of a post-anthropocenic Planet Earth (a little in the vein of Alex Garland’s 2018 adaptation of Annihilation, but with less weird horror stuff), while also steering the story back to the all-too-human (and also rather Christian) mythic tale of father and son (and male buddy).

These two templates cannot, finally, be completely aligned, even by the greatest directors. Where, in most classic time travel tales (such as the Terminator series) the salvation of everything is squarely due to the acts of a heroic individual, the modern viewpoint (represented by MacCormack, or the sci-fi films of Andrei Tarkovsky) militates for a letting-go of the human as the centre of all things. For a timely reflection on where filmmakers with mainstream aspirations are sitting with these seismic shifts in collective consciousness, 2067 is an event worth checking out.