Leah Purcell's reimagining of the Henry Lawson classic will show on MIFF's opening night. The subversive film is the culmination of years of reflection and artistry.
Jini Maxwell 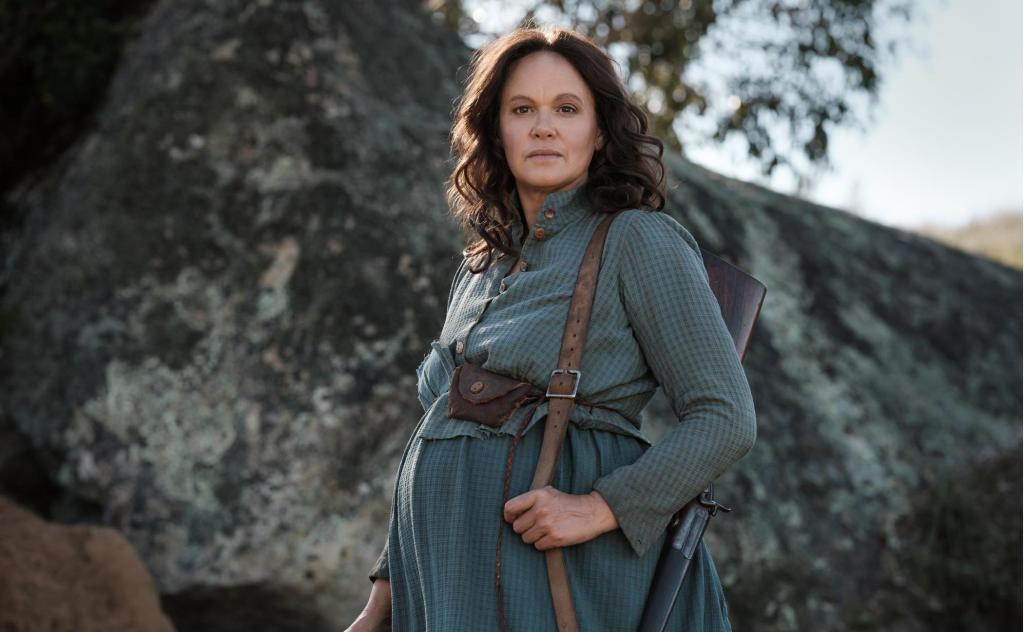 A new trailer for subversive frontier drama The Drover’s Wife: The Legend of Molly Johnson has just released. The trailer release coincides with MIFF’s announcement that the Indigenous-led film will open MIFF’s 69th festival on 5 August, providing audiences with their first look at one of the most anticipated Australian films of the year.

Due to premiere in Australian cinemas on 14 October, the film is a taut, postcolonial retelling of the classic Henry Lawson tale The Drover’s Wife as envisioned by Goa-Gunggari-Wakka Wakka Murri writer-director Leah Purcell, who also stars in the film as Molly Johnson herself. Purcell is best known for her roles in Wentworth and Lantana, but the new trailer is testament to a work that this work is entirely her own, the culmination of years of reflection, artistry and labour.

The film follows Molly Johnson, a heavily pregnant woman caring for her four children on a remote Snowy Mountains homestead as her husband is away droving cattle. Her private sanctuary is interrupted, however, when Yadaka (played by Glitch and Cleverman‘s Rob Collins, a Tiwi actor), an Aboriginal man on the run from white law enforcement, seeks refuge on her homestead, and a lifetime of secrets and trauma comes to light.

The Drovers Wife: The Legend of Molly Johnson draws on Purcell’s award-winning play of the same name, and similarly subverts Lawson’s frontier classic to tell a more complex frontier tale that isn’t dominated by whiteness. Here, the Aboriginal man at the centre of the murder conspiracy is characterised as a sympathetic, multifaceted human, rather than a stereotypical lying cheat as he is in the original. The drover himself, whose absence shapes the narrative, is not an upstanding working man, but a violent alcoholic who terrorises his family.

This genre subversion is not just an act of artistry; it an act of defiance against the colonial narrative that describes the Australian frontier as a heroic survival story where noble white people are pitted against the savage terrors of the land, a narrative that is still widely accepted in mainstream society.

As David Tiley put it in March of this year: ‘The story is still read a lot in schools where it is about the hardships of colonial life and the travails of a white woman alone in the bush. Give the story to an Indigenous woman and it makes a whole new kind of sense.’

For Purcell, it is also a deeply personal project. In January 2020, she told SMH’s Kerrie O’Brien that, growing up in a single-parent household, the story of a solitary protective mother resonated with her: ‘I sort of saw us in that story. My mum was the drover’s wife in the sense that we didn’t have any men around the house; my father wasn’t in my childhood, so she was the drover’s wife.’

The Drover’s Wife: The Legend of Molly Johnson is a co-production between Bunya and Oombarra Productions, the company owned by Purcell and her partner, Ngugi-Goenpul-Noonuccal Murri man Bain Stewart, who is a producer on the film.

The Drovers Wife: Legend of Molly Johnson will premiere in Australian cinemas on 14 October through Roadshow Entertainment.
Tickets to MIFF 2021 are available now.