Screen News in Brief: Breaking the Ice, Victoria back in business

Cinemas open, feminist docs rule, production re-starts and Liam Neeson will be around town in Melbourne this month. Here's our fortnightly round-up of news, interviews and reviews.
ScreenHub 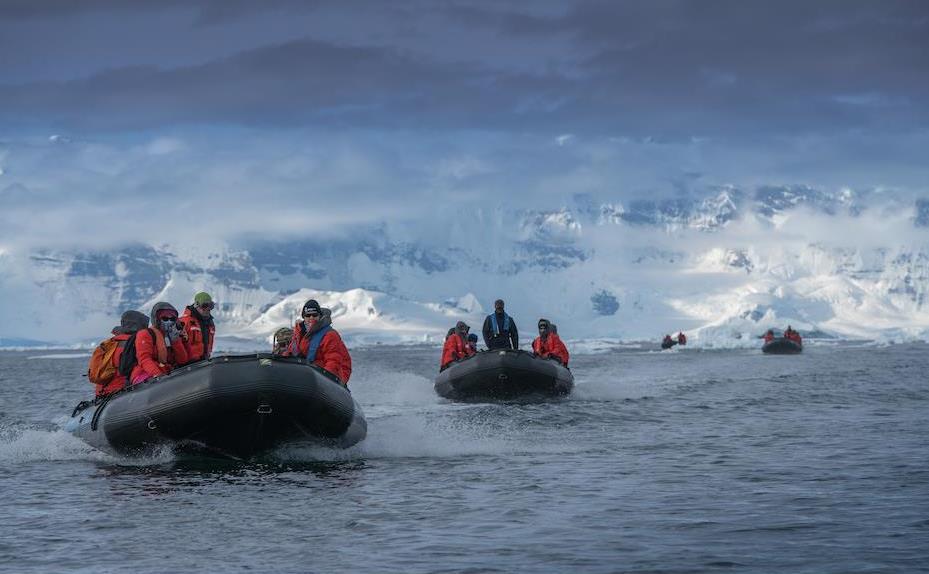 Ile Baré’s feature The Leadership is one of a number of Australian documentaries with feminist themes to arrive this year. Image supplied.

CINEMAS, BOX OFFICE AND THE FUTURE OF EXHIBITION

After eight months in lockdown, Victoria is finally open for business again. Indoor cinemas are back this week, albeit with limited 20-seat per space capacity. This makes it hard for proprietors to make ends meet (and seems odd considering the rules around more spittle-risky venues like restaurants). Hopefully a continuing string of donut days will bring about relaxed rules.

Australian films now viewable on the big screen include Babyteeth, Dirt Music, Rams and Never Too Late, as well as feminist documentaries Brazen Hussies, and for the first time on Victorian screens, The Leadership (Cinema Nova).

Written and directed by Ili Baré, and produced by Greer Simpkin, The Leadership follows a group of women in science on a leadership cruise to Antarctica. The film, which screened in online versions of SFF and MIFF, turns into a complex reflection on what it takes to be a good leader and the obstacles to women’s advancement in science and beyond.

It’s a good year for Australian feminist history in documentary, with Women of Steel also available this month for cinema screenings via Fanforce. A finalist for the SFF Documentary Awards, and jut announced as winner of the 2020 NSW History Council Applied History Award, Women of Steel is written and directed by 30-year career steelworker Robynne Murphy, who left a promising career as a young filmmaker (she was selected for AFTRS’s very first intake), when she became caught up in the Jobs for Women Campaign. Using rare archival footage and interviews to camera, Women of Steel tells the story of migrant and working class women fighting to be allowed to work at Wollongong’s steelworks in the 1980s. Their 14-year battle against BHP took them to the High Court and changed the rules for working women throughout Australia.

What is the future of Australian screen exhibition? An interview with Kirk Edwards, CEO of Village Cinemas, lays out some key ways in which the industry will evolve after COVID-19, with the help of a certain magpie.

Box Office: Rams does well, with feminists and returned terrorists following on. Numbers may be cruddy but cinemagoers have solid local options to whet their tastes for community.

It’s Lights, Camera, Action again in Victoria, with at least 15 screen productions commencing across the state in the last few weeks, and the reopening of the Docklands Studios. In the big news for the state, announced today by Federal Arts Minister Paul Fletcher and Victorian Minister for Creative Industries Danny Pearson, Docklands is hosting the production of the $43 million action thriller Blacklight starring Liam Neeson. Written, directed and produced by Ozark co-creator Mark Williams, Blacklight is expected to create more than 500 local jobs for cast and crew, as well as 550 roles for extras.

Read: Seeing is No Longer Believing: the manipulation of online images

Other Vic productions include: Matchbox’s Clickbait and Every Cloud’s Ms Fisher’s Modern Murder Mysteries, as well as Kitty Flanagan’s six-part workplace sitcom Fisk (previously Entitled) for the ABC. Flanagan stars as a contract lawyer forced to take a job at a shabby suburban law firm specialising in wills and probate. Julia Zemiro, Marty Sheargold, Aaron Chen and Glenn Butcher also star. Fisk is one of Porchlight Films’ final productions and will air on ABC TV and iview in 2021.

The ABC and Screen Australia announced a second series of irreverent comedy Superwog (Princess Pictures) is in production in Melbourne now. Created by and starring brothers Theodore and Nathan Saidden, the six new episodes will dive further into Superwog’s volatile highly dysfunctional family as they struggle to navigate life in Australian suburbia.

In other funding news, NSW ramps up screen funding by $20M per year. With stimulus funding flying around, NSW pumps a substantial swag of new money into the screen sector.

DATES FOR THE CALENDAR