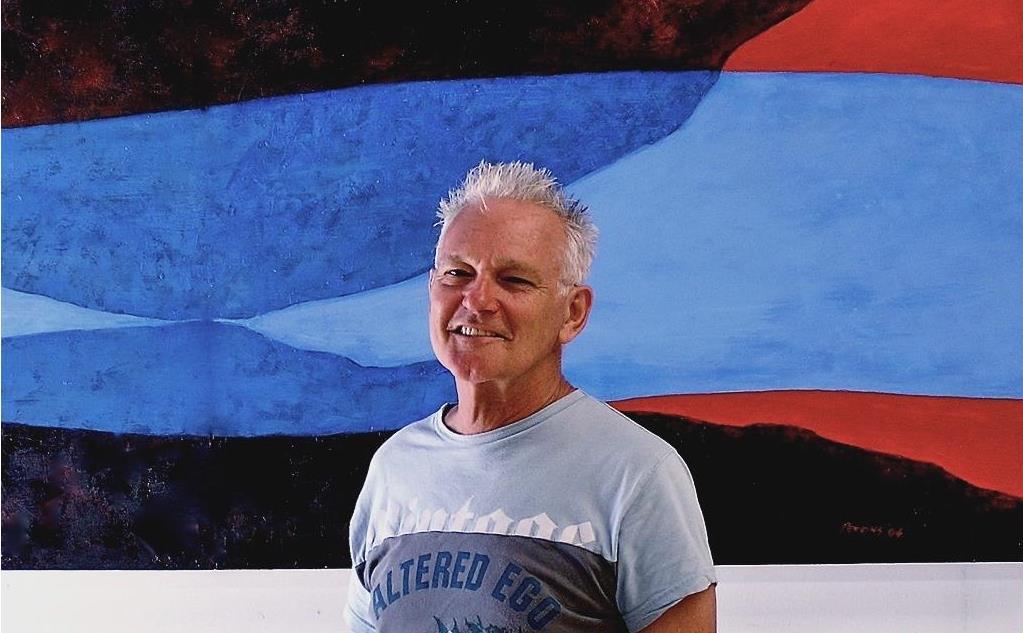 Robbie Perkins in front of his own picture. Image: his own website

The Queen’s Birthday Honours List has been quiet for the screen sector. With Jan Sardi, a key screenwriter (and director) and veteran designer Robert Perkins, the practicing screen creatives have claimed as much attention as the Anglican church.

The headline names are Tony Abbott and Bronwyn Bishop, Philip Ruddock and Ron Boswell from federal politics, while Denis Napthine and Michael Baird are both former one-term premiers. All from the Coalition. On the other side we see John Della Bosca, Graham Richardson and the independent Tony Windsor.

Many in the cultural sector will be reminding themselves that the honour is worth the company they are keeping. Distinguished theatre director and manager, and performer in stage and screen Robyn Nevin gave the SMH a neat summation: ‘I’ve always been supportive of awards and the honour system because they help raise the profile of the profession or the community to which you belong, that’s important. Also for young people’s aspirations. Personally it’s an honour, too, I take it as such.’

Professor Marcia Langton is drily recognised ‘For distinguished service to tertiary education, and as an advocate for Aboriginal and Torres Strait Islander people’. She sees the value as well.

There is one neat statistical trick we use to check the ultimate bias of the list. Of the 710 awards, 116 use Mrs, 126 are Ms, and three are Miss. That adds up to 240 with an unknown number of women included among the 136 called Dr. Those proportions have been roughly similar over the last decade, whichever side of politics is in charge. This does not capture honourees who do not want to identify with either gender.

Jan Sardi’s AO (Officer in the Order of Australia) is an obvious award: ‘For distinguished service to the film and television industries as a screenwriter and director, and to professional guilds.’

His key credits include Phoenix, Snowy River: the McGregor Saga, The Secret River, The Notebook, Mao’s Last Dancer and Shine. For the Australian Writers Guild he was on the National Executive Council for many years and President for seven years from 2011. He is not done with politics yet.

The award is ‘a great honour,  a privilege really,’ he told Screenhub. ‘It’s a tribute to writers and Australian stories and also an acknowledgement of my track record, which is also good. There are lot of comrades in the Guild I served alongside, like Mac Gudgeon, Ian David and Katherine Thompson and precursors like Cliff Green, and I stand on their shoulders.

Sardi and Gudgeon became active committee members of the AWG in 1984. ‘Mac taught me what we are fighting for, what is important and the value of solidarity. I really did get that from Mac,’ he said. ‘There is nothing special about me except a sense of justice and writers are very good at fighting for what we believe in.’

At the moment, as he has been emphasising across the media over the last day or so, the sector is battling get the federal government to invest in the future and require a legal commitment to Australian content from the broadcasters and streaming companies.

How does this experience compare with an Oscar nomination? ‘It was a high point in my life, but it was just different from this. It gave me a useful platform for Australian writers as well. I will have even a little more with AO after my name to get through to the pollies about what needs to happen now. There’s more at stake than at the time of Shine.

He is slightly different to many other writers. “I’ve only ever worked on things I care about fiercely with a strong connection to the material. Writing is too hard otherwise,’ he says.

Robert (Robbie) Perkins is a production designer for film and TV, with recent credits on Miss Fishers Murder Mysteries, Miss Fisher and The Crypt of Tears, Wentworth, Patrick and Brothers Nest.  I am sworn to silence about his age, except that he was impressively grown up when he worked on Wentworth and now advertises his ‘Portraits and Pet Portraits in oils, acrylics and mixed media’, though he is currently doing a series on endangered birds. They are very good.

At the age of 14 his father drew a series of illustrations in his school homework which he claims inspired him for the rest of his life. But he became an accountant for the money. As Robbie Perkins remembers, ‘He always said to me you will never make money out of it so you have to get another job. It all happened when I was on a break from high school. He got me a job as a coffee boy in the Sydney Morning Herald art department. I was only fifteen.’ He was offered a cadetship, studied art at East Sydney and Julian Ashton’s art school and toiled alongside the other newspaper artists for the next four years. Then the art director stood in front of their rows of desks and asked if anyone wanted to do graphics for television.

By 1959 he was doing the graphics for Six O’clock Rock at the ABC. He eventually had the impressively bureaucratic title of Designer General for Western Australia. ‘It was all in black and white, no videotape. Everything was live. I have so many stories of sets falling on musicians while they are still drumming, and grimacing and pushing walls back.’

He went to Hector Crawford to work on Skyways in 1979 at twice the salary. ‘I got hired because Hector Crawford was sick of the sets wobbling and shaking,’ he says. To this day he watches a lot of film and television and is enchanted by their quality.

Now with a medal in the general division (OAM), he can point to no great moments of international success or toe-to-toe intellectual mayhem. But his long career takes us right back to the beginning of television in Australia, he sustained an art practice all through he working life, and he is the kind of person who learnt a lot, knew a lot, worked hard, co-operated well and had a feel for excellence. You can get a commonwealth award for being a really class act.