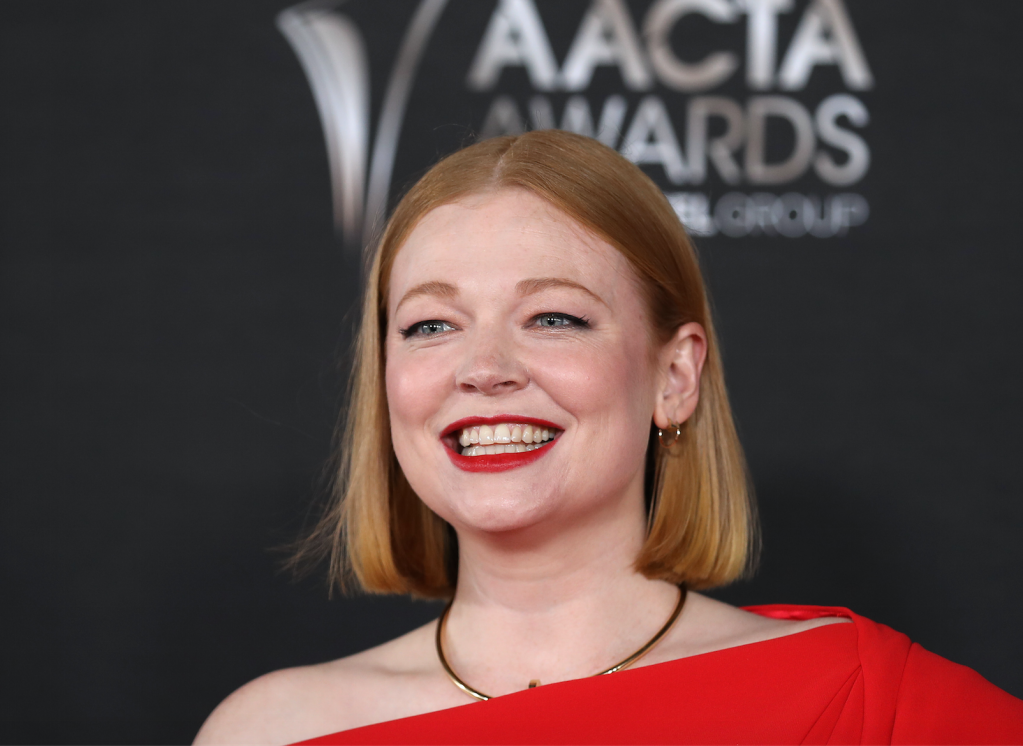 Sarah Snook is having a pop culture moment. At the 2021 AACTA Awards. Image via Getty/AACTA.

The Hollywood Foreign Press Association has announced the nominees for the 79th Golden Globes Awards, which will be held on January 9. The nominations were announced by HFPA president Helen Hoehne and ‘the multi-talented’ Snoop Dogg and live-streamed for the first time.

In the film, Smit-Mcphee plays the queer son of widow (Kirsten Dunst, who is up for Best Supporting Actress) up against an unforgettable adversary played by Benedict Cumberbatch (also nominated for Best Actor). In his category, Smit-Mcphee is competing against Ben Affleck (The Tender Bar), Jamie Dornan (Belfast), Ciarán Hinds (Belfast), and Troy Kutsar (CODA). Smit-Mcphee is of course already famous and much awarded, starting as a child actor in films like Romulus My Father, The Road and Let Me In.

In the Best Actress Motion Picture category, Nicole Kidman has been nominated for her portrayal of Lucille Ball in Being The Ricardos. If she wins, this will be her sixth Golden Globe. She’s up against Jessica Chastain (The Eyes of Tammy Faye), Olivia Colman (The Lost Daughter), Lady Gaga (House of Gucci), and Kristen Stewart (Spencer).

In television, Succession, HBO’s so-hot-right-now drama about a media-owning family, thought to be modelled on the Murdoch’s, is the most nominated show, with five nods, including one for Australian Sarah Snook. Snook plays ‘Shiv’ the mogul’s wily daughter. Snook has long been a much-watched Australian talent (she has had six AACTA nominations and won twice, for her performances in Predestination and Sisters of War), but the world seems obsessed with her – and her character’s wardrobe – right now.

This is Snook’s first Golden Globe nomination, and she’s up against Jennifer Coolidge (The White Lotus), Kaitlyn Dever (Dopesick), Andie MacDowell (Maid), and Hannah Waddingham (Ted Lasso) for the award.

The Review: The Great is a lavish bureaucratic sitcom

Notably Netflix topped the film nominations with 17. The streaming giant was followed by more traditional film companies MGM United Artists (with 9) and Warner Bros (8). HBO/HBO Max topped television categories with 15, followed by Hulu with 10, Netflix with 10, and relative newcomer Apple TV+ came in last with 8 (thanks largely to Ted Lasso and The Morning Show which received 4 nominations each).

According to the Golden Globes website, ‘Over the last eight months, the HFPA has completely overhauled its bylaws, implementing sweeping changes from top to bottom that address ethics and code of conduct, diversity, equity and inclusion, governance, membership, and more. Recently, the HFPA admitted their largest and most diverse class to date of 21 new members, all of whom are first-time Golden Globe voters.’

The watchers will be watching, and the winners will be announced on 9 January.