Documentary ‘The Kids’ to premiere at Tribeca 2021 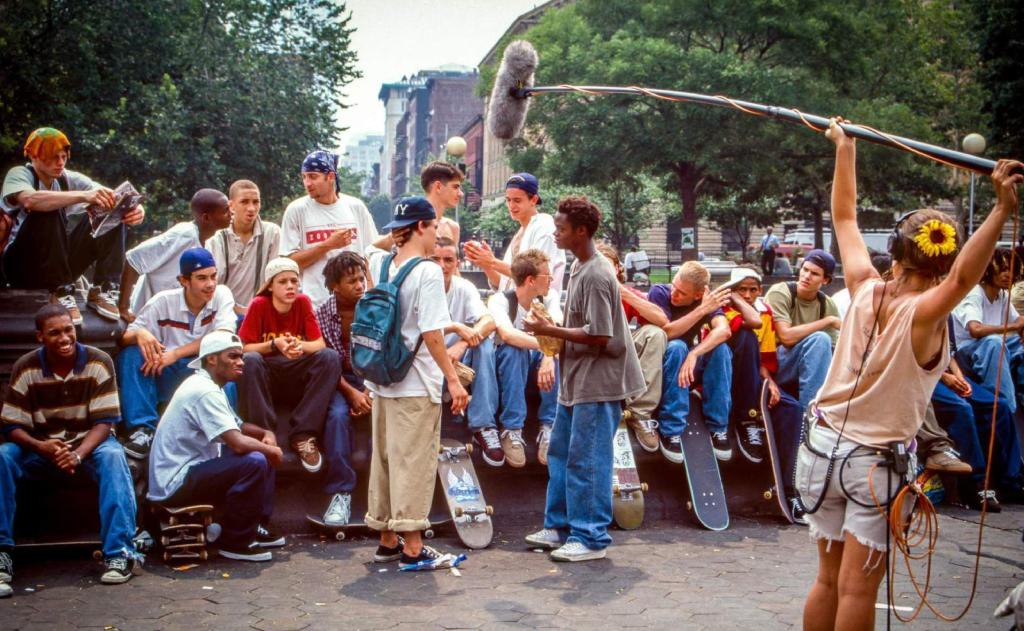 Behind the scenes on Kids. Photo by Gunars Elmuts

The Kids, a documentary from Australian filmmaker Eddie Martin revolving around Larry Clark’s 1995 cult classic film Kids by will premiere at the 2021 Tribeca Film Festival in New York this June.

Made with funding support from Screen Australia and Film Victoria, The Kids follows up with the cast of the 1995 film, who became prominent for their roles. From the synopsis: ‘Left adrift under the bright lights, some discovered transcendent lives and careers – while others, abandoned and unequipped to handle fame, suffered fatal consequences.’

Martin’s filmography includes AFI award-nominated documentary Lionel (2008) about legendary Indigenous boxer Lionel Rose, All This Mayhem (2014) which won Best Independent Film on iTunes UK, and Have You Seen the Listers? (2017) which released globally on Netflix in 2019.

Read: Feature documentary makers in desperate fight to protect funding
Clark’s Kids was notable for casting inexperienced actors and its controversial depictions of substance abuse and sex. The film divided critics and audiences alike, with the Rotten Tomatoes summary mentioning ‘Kids isn’t afraid to test viewers’ limits’ but its message might be lost ‘in all the repellent characters and unpleasant imagery’.

The late Chicago Sun-Times film critic Roger Ebert praised the rawness of Kids upon release, writing, ‘you watch this movie, and you realize why everybody needs whatever mixture of art, education, religion, philosophy, politics and poetry that works for them’.

In addition to Martin’s direction, The Kids is produced and edited by Shannon Swan; co-produced by Hamilton Chango Harris, Peter Bici, Caroline Rothstein, and Jessica Forsyth; cinematography by Hugh Miller; with additional camera by Michael Latham and Jérôme de Gerlache.

Production for The Kids is being handled by 6 Seasons Productions and Resolution Media, with Umbrella Entertainment distributing the documentary in Australia and New Zealand, and London-based documentary distributor Dogwoof taking on international distribution.

Oli Harbottle, Head of Distribution and Acquisitions at Dogwoof, told Deadline Martin’s perspective on the 1995 film is an important and long-overdue one.

‘The Kids is a long-overdue and fitting tribute to those whose experience of fame was the side so rarely talked about,” Harbottle said. ‘We love working with the incredibly talented Eddie, and can’t wait to bring his new film to audiences at Tribeca and beyond.’