Deaner focused on moving the lobbying into new territory, to talk the talk of opportunistic globalism. It works.
David Tiley 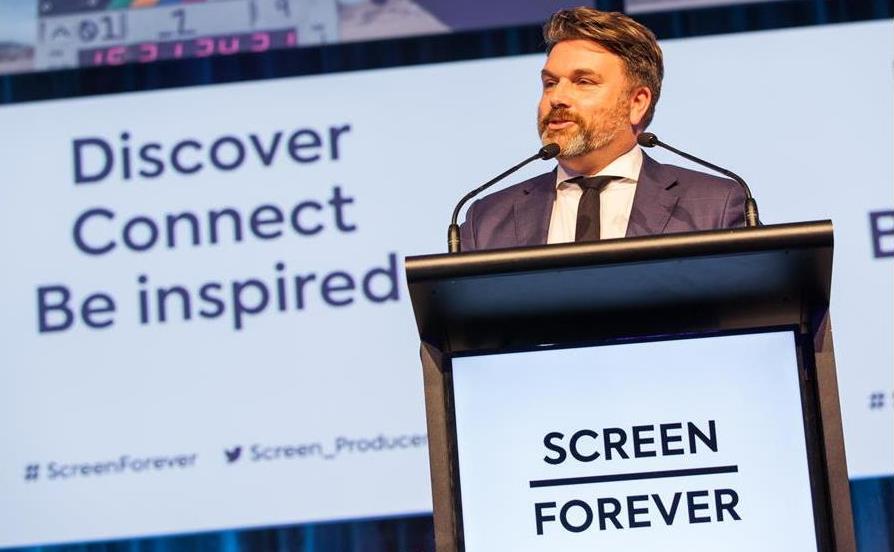 Matthew Deaner at his most respectable. Image: supplied by SPA.

Matthew Deaner, CEO of Screen Producers Australia opened the Screen Forever conference with a speech summarising the state of play. The issues are now very familiar, but SPA is drawing on a new thread to hold the conversation together.

First he unleashed the threats. The unregulated SVOD services are hacking into audiences for local media. In a nice piece of lobby-speak he said, ‘Without regulation of content on streaming services the bandwidth offered to the public will be locked up with vertical integration of the large studios into the emerging distribution pipes’.

With declining audiences, commercial broadcasters are ‘decreasing investment, promotion and shelf space exposure to forms of content that are harder to monetise.’ The local subscription market ‘is under strain reflected in a decline of reported investments.’

The number of feature films is down. The ABC and SBS are out of garlic to keep the government vampires off their budgets. Foreign production is vital but it has ‘increased pressure on domestic production in terms of access and costs associated with crews and facilities.’

And that is just the skin on the custard of bad tidings. The finance and production specialists know the details deep in the tangle of competing subsidies and powerful players with greedy deal terms.

However, Deaner went on to reframe the story. The thread is exports. This is what he said.

‘However, he added, ’80% of screen businesses are micro businesses of less than 20 FTEs [full time equivalents] dotted around the country in all states and territories including regional centres. With the right strategies, a broader group of businesses stand to increase their export earnings.

We sell mostly to the US and the UK; we are missing out on the rest of the world.

..’we know we need to be building export capabilities for greater dollar return across a broader group of businesses. And we need a broader and better set of strategies for our businesses across a larger range of territories. ‘ He called, for a co-ordinated strategy to support the international development of our screen sector, like the UK and Canada.

‘.. part of our challenge is the multiple governments, agencies and bodies that present our industry to the world when what we need a unified and singular industry centric approach focused on IP.

‘To help get things moving we have created our Screen Export Advisory Council which is focused on:

‘Given the power of our medium, our industry has a core role to play in protecting our nation’s interests. To unite and inform the nation and ensure people can see themselves reflected on screen and in their own lives. /Our values and Australian culture are then able to be shared globally.

‘At our heart is storytelling, a necessary human experience. It is something that will survive through technological disruption, but we will need to get things right now to capture the extensive export opportunities on our door and to ensure our storytellers keep telling stories for future generations.’

In a way, SPA is trying to go beyond the sterile sludge of arguments which have trapped us for so long. He never once mentioned raising the TV offset. He has sidestepped the nasty paradox by which the sector and Screen Australia talk about success, leading a hostile government to ask why on earth we need more support, not less.

The focus on exports invites the government to think of increasing economic benefit to capitalise on success. Deaner points to business support strategies which are familiar to government, which can be understood in accounting terms and minimise the rhetoric about regulation. But we still need it as he pointed out.