The guild campaigns for the industry come down to a few professionals. The Australian Directors Guild will now reflect the skills and personality of its new executive director. UPDATED after interview.
David Tiley 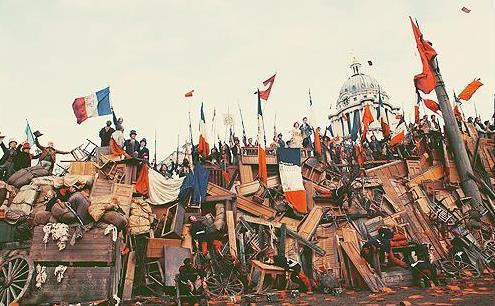 The film of Les Miserables was directed by Tom Hooper, whose conditions were pretty good. For other directors, not so good… Image supplied.

Kingston Anderson, the former head of the Australian Directors Guild has resigned after nearly ten years. The organisation has been looking for a replacement who can understand the policy issues, has a strong grasp of the directors’ role, is a wise negotiator and can go toe-to-toe with the occasional ratbag. Backed by a passionate, smart support group but with a tiny core of fellow employees.

The answer is Diana Burnett. According to the release,

‘Diana comes to us from Screen Australia, most recently as Senior Manager, Business Partnerships and Corporate Development, and previously with production companies such as FremantleMedia, Animal Logic, Sony Pictures, DreamWorks and the Walt Disney Studios on projects including Australian Idol, Happy Feet, Open Season, Madagascar and Grosse Pointe Blank.’

Burnett was at Screen Australia for almost the same period that Anderson was at the ADG. According to Linkedin, she has been a music producer for Australian Idol, a line producer for Halo Pictures, a manager of story for Animal Logic and an associate production manager for Sony Pictures Animation, a production co-ordinator for DreamWorks Animation, and an After Effects animator at Walt Disney Studios.

She has a degree in communications and fine arts with a major in animation from Loyola Marymount University in Los Angeles.

Diane Burnett’s mother is American and her father is Australian and they moved to the US when she was young. So she went to high school in San Francisco, in a household with singing and dancing and acting and drawing. The family adored musicals like Singing in the Rain and The Sound of Music, so she has a simple explanation for her career.

‘Film was a natural for me,’ she said. ‘My first job out of high school was as a PA on Grosse Pointe Blank. I fell into it and loved it.

‘I did live action work at Loyola and made six short films. I worked in animation to build a portfolio and learn how to be good at working with creatives and understand what they do. I didn’t necessarily want to be an animator.’

After ten years of working around the industry in Hollywood and Sydney, she was recruited by Screen Australia and began to learn the mechanics and mindset of an industry with a unique structure, in which the government is a central resource.

‘What attracted you to the role at the ADG’, I asked.

‘I was looking for a challenging role where I can work back with the creatives again and really advocate for them. In my past life in Hollywood I feel I did a lot of advocating for directors even inside productions. So I really want to get into that.

‘My general tone is diplomatic and everyone can approach me. I do want to follow Kingston’s lead and build on the industrial work that he has done. And build the ADG’s presence, both here and internationally.

‘I want to make it clear that I want to support our members locally and promote their achievements overseas. It is not about sending them overseas. We want directors to stay here and get them jobs, but the more we can showcase their work the better.

‘I think the time is right now and there is a shift. I can feel it and I hope directors will take a stronger lead.

‘Spend enough time in Hollywood and you learn how to be tough on the inside and build more strength on the outside.’

The release quotes her as saying

‘I am honoured to represent Australian directors through the ADG and build on the fantastic work Kingston has achieved over the years. To support and showcase our directors, especially women and underrepresented directors, is key to creating sustainable and equitable jobs in this rapidly evolving industry. I also plan to introduce a foundation committee for founding members who include Phil Noyce, Gillian Armstrong and Donald Crombie, and who have been integral in forging viable pathways for Australian directors and creating and shaping the ADG. There is a lot more work to be done and I am excited to get started.’