Where are they now: we chart the stories of St Kilda winners from twenty years ago

The careers of emerging practitioners can inch forward. But the subsequent adventures of the 2001 St Kilda Film Festival winners are surely a reason for hope.
David Tiley 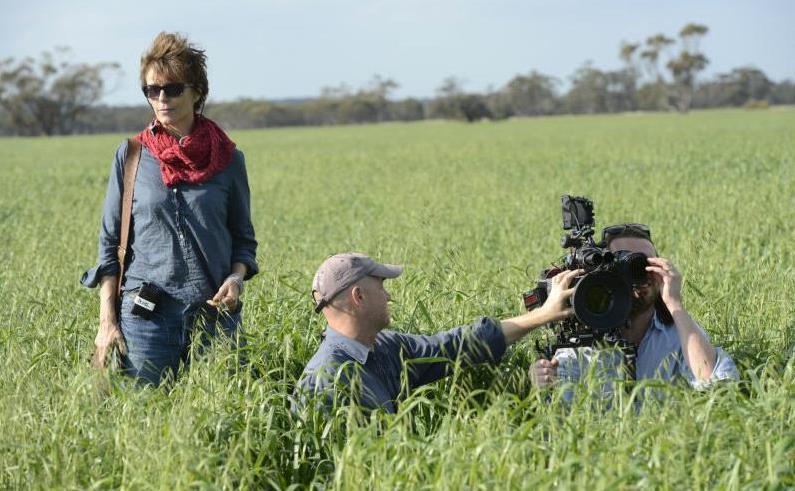 In the green fields of later life, Rachel Ward directs Accidental Soldier for Goalpost Pictures and the ABC.  Image: Screenwest

Deep in the Screenhub archives we happened on the award winners for the 2001 St Kilda Film Festival.

What happened to the winners?

Best short film went to Maciek Wszelaki for Sparky D Comes to Town which also won the Dendy at the Sydney Film Festival. He was a marine engineer in Poland who migrated to Australia, went to VCA and made successful guerrilla docs.

He went to the US, made commercials and a feature and now lives in Chicago where he is an avid sailor and real estate developer who specialises in walk-through videos. He is also an excellent photographer.

Best comedy was Bowl Me Over, by Angie Black. She graduated from Swinburne, kept making shorts, did commercials around the world and made her first feature Five Provocations in 2018. She is an innovator, a supporter of diversity and is performance driven.

She also has a PhD in screen studies for her investigation into the Process of Capturing Performance on Film, has taught at La Trobe for 16 years and has now moved to VCA.

Best achievement in direction went to Rachel Ward for The Big House, which helped her transition into directing. She made her first feature Beautiful Kate in 2009, and tele-feature An Accidental Soldier in 2013, mixed with television until she made Palm Beach in 2018.

Best Original Screenplay went to Jane Manning for Delivery Day which is credited to Khoa Do. Produced by Liz Watts from Porchlight, it went on to a good career in festivals.

It was her second film after One That Got Away, via the SBS Young Filmmakers Fund, which won Best Australian Short at Flickerfest in 1998.

Manning is having an excellent career in documentary including Ka-Ching! Pokie Nation in 2015. She is now a producer-director on Threshold Pictures and describes herself as honoured to be part of the World Wide Mind global collective.

The Best New Director was Catriona McKenzie for The Third Note. An Indigenous director raised in Sydney, she has a bachelor’s degree from New York University in film direction and an MA in film and TV directing from AFTRS. She now calls herself an independent broadcast and media professional which makes her a PhD in pivoting.

McKenzie worked on eight significant TV series in the next ten years, from Fireflies to The Circuit, Dance Academy and My Place. Her feature, Satellite Boy, which she wrote and directed, was produced by David Jowsey and Julie Ryan and won at Berlin.

She was important in the evolution of Indigenous based TV drama with titles like Redfern Now, The Gods of Wheat Street and Kiki and Kitty. And she has been racking up the Los Angeles work as well.

Anne Delaney came through for Best Craft and Cinematography on The Letter which she directed. A graduate of the AFTRS Masters in documentary directing the previous year, she went on to direct and/or produce 13 significant television documentary projects so far and runs November Films.

She originally started with a first class honours degree from Sydney University in history, started a career as a diplomat, moved to ABC radio and then TV and also worked as a consultant for international agencies.

Cate Shortland won the best achievement in writing for a student short film, based on Joy. She has since made Somersault, Lore and Berlin Syndrome, all important arthouse features, not to mention the upcoming Marvel movie Black Widow.