The Australian-Macedonian director muses on making a romance in the least romantic place in the world, as he prepares to open MIFF 2022 with his new film Of An Age.
Silvi Vann-Wall 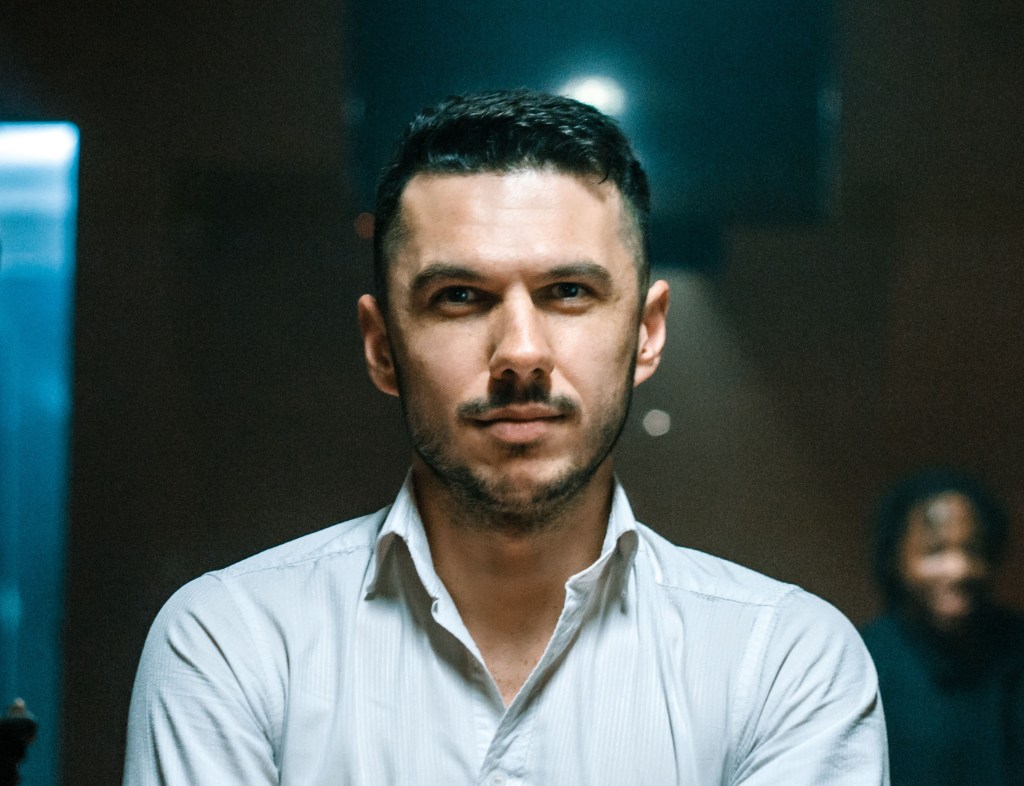 ‘Watching movies at MIFF has been a holy winter ritual since I was literally a child,’ says Goran director Stolevski. ‘It’s what kept me going, in fact, for two decades, through many tricky periods as a writer-director.’

Those ‘many trick periods’ have resulted nevertheless in several critically acclaimed shorts, a feature screening at Sundance, being named one of Variety’s ‘10 Directors to Watch’ for 2022, and now, the opening night screening of Stolevski’s film Of An Age at the 2022 Melbourne International Film Festival.

Of An Age depicts a brief but lingering romance between two young men – Elias Anton (Barracuda) and Thom Green (Dance Academy) – over the course of one summer’s day in 1999. Distinctly Australian, the film captures outer Melbourne suburbia, where these two boys are at the crossroads of queer desire and teenage dreams.

‘To have my film premiere – on Opening Night, no less – is the thrill of a lifetime.’

Stolevski, who is currently filming another feature in Eastern Europe, spoke to ScreenHub about his career thus far, and how he hopes people will react to Of An Age.

Tell me about Of An Age – it sounds very sweet and I can’t wait to see it. What was the inspiration behind the film?

The inspiration came during the first COVID lockdown in 2020. It was in that time between my first feature shoot being canceled [because of the pandemic] and it being reinstated, where I was at home for months with my husband. Most of that was fine, because I enjoyed doing nothing for a while. But it came to a point where I stopped feeling productive, so every day I started forcing myself to write words and generate new stories.

It was honestly just a writing exercise – but then, one night, I was reading a book called Florida by Lauren Groff, and in it there’s a short story about teenagers in Ireland going to a party for the first time. That one detail, about never having gone to a party before, made all these memories start flooding in from my high school years. So I got up and started writing down everything that came to me. And then I had 65% of a screenplay. By 12 June, I had the whole script for Of An Age.

It’s not specifically an autobiographical script, because the events in the film didn’t happen to me. But it is very much based on my mindset at the time, especially when it comes to love, relationships and friendships. I also liked the idea of making a romance in the least-romantic place in the world, which for me is suburban Melbourne in 1999.

You’re an alumnus of the Accelerator Lab at MIFF, how did that experience shape you as a director?

I applied for Accelerator a few times before I actually got in. And I was desperate to have a short film played at MIFF for many, many years, and I think it was my 23rd one that got in. What I’m saying is that both things seemed like an unattainable goal for a long time. But then [in 2016] it happened, and it was wonderful.

The best part of it was the connections I made. I met a lot of my current friends at Accelerator, and it’s been great seeing people in this career progress significantly alongside one another. It’s an amazing support system. I also met the programmers for Sundance as part of the Accelerator. In terms of my career, a lot of it stems either directly or indirectly from Accelerator.

Your previous film You Won’t be Alone (2022) did really well at Sundance. What did that feel like?

I was actually editing Of An Age when Sundance happened, and I was so deep in it it was hard to conceive of anything else existing. So I didn’t attend Sundance, and didn’t even process it really. I was still very proud and ecstatic to be part of it. And at the same time, it was very unsettling and unnerving to see the world start talking about my film on the internet, and suddenly strangers had a very specific idea of who I am as a human being!.So yes, I’m very lucky, but it’s all so surreal.

It did look like you were settling in as a horror maestro, and now you’re doing a tender romance. Is this your way of saying you don’t want to be pigeonholed?

Nothing I do comes out of a long-term strategy, to be honest. I am intensely connected to both the characters in You Won’t Be Alone and Of An Age – and also in Housekeeping for Beginners, which is my next one. They’re all quite different stylistically and genre-wise, but I think people need to stop looking at things as just genre.

There’s a through-line to all of these films, which is connection – being an outsider and managing loneliness, as well as trying to connect with other people and understanding them. It was actually kind of hilarious that people were saying ‘a new voice in folk horror has arrived!’, and I’m just like, ‘Oh, okay, it’s probably leaving really soon,’ because I don’t have any other ideas, guys!

It’s not that I don’t want to make another horror. It’s just that, in the same way that Of An Age came out of one sentence, You Won’t Be Alone was stirred by a feeling, that stirred a character and then another character, and the world around them. One is a supernatural drama, the other is a grungy love story. Let’s see what feeling strikes next.

I don’t have the energy to care if I I get pigeonholed. I’m just committed to making the work that I feel is most connected to me and represents me. Either way people are going to analyse me and decide what I am.

Does your Eastern European background also play a role in which stories you connect most with?

That’s mostly a coincidence. It’s very easy to write what you know. In You Won’t Be Alone [which was shot in Serbia], I could have set it in any other country to make it flexible, but we needed a place with a lot of history, because we were trying to capture this agrarian way of life that existed for thousands of years.

I’m from Macedonia originally, and I was living in Europe at the time, and there was this Macedonian script workshop that I applied for and then finished You Won’t Be Alone in. Then it became more and more specific to that setting. The main character is Serbian, and I’m part Serbian, as well. So in that case, I did write something that was very, very connected to who I was. But I think that’s the exception, because most of the time I’m not really interested in seeing myself on screen, I’m interested in seeing other people.

With my current movie that I’m shooting in Eastern Europe, again I could have set it in other places, but it just was easier to write and to set it here, and also to get access to funding. My ethnicity is something I ultimately want to transcend. Say my particular set of brain cells was transported into another person in a completely different time and place, what would my life be like? I think there’s too much of a fixation on demographics in the world.

Of An Age is going to open the 70th edition of MIFF – are you nervous about that? How do you think audiences will react?

It’s so surreal. I was a film nerd for years before I was a filmmaker, so for me MIFF is a holy place. They were the two weeks each year where I caught up on everything in world cinema and the best films of the year. MIFF is where I can come and plug all of that straight into my veins for two weeks and feel safe.

I usually forget I’m a filmmaker there, which is a relaxing feeling. You’re just there to kind of be transported somewhere else. And now I’ll be in Hamer Hall being transported into the world of a film that just happens to be my film … it’s indescribably surreal. And again, genuinely unsettling because almost everyone I’ve ever met in Australia is going to be there!

Can you tell us about your next film, Housekeeping for Beginners?

It’s a small film, set in the Macedonian capital. It’s about a queer woman who runs an informal safehouse for queer people. Her partner dies and leaves behind two girls for her to look after, which she has to figure out how to legally adopt. She’s a woman who never wanted kids in the first place, so it’s really about building a family when that task seems impossible.

Goran Stolevski’s film Of An Age will premiere at this year’s Melbourne International Film Festival. For tickets and more information, head to the official MIFF website.