Media diversity: the awful truth about our newsrooms

New research shines the cold light of reality on who gets to tell us what's important in TV news and current affairs. We are not making progress.
David Tiley 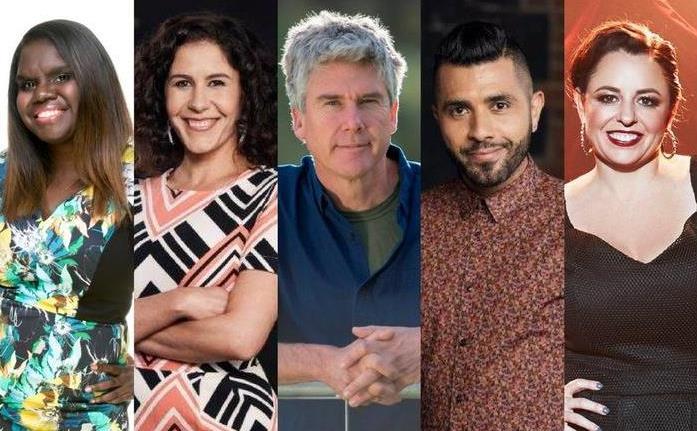 On August 17 2020, an organisation of journalists and communications professionals dropped a bombshell on the screen news and current affairs sector which could generate permanent change. It will need the same determination and energy we have already seen in the drama sector.

Media Diversity Australia published a meticulous, lucid report on Who Gets to Tell Australian Stories. We know the answer because we see it every night, but even in 2020 the endless procession of Anglo-Celtic faces and voices is just accepted.

Now we have the numbers. Here goes, in the words of the report:

‘More than 70 per cent of participants rated the representation of culturally diverse men and women in the media industry either poorly or very poorly. In addition, 77 per cent of respondents with diverse backgrounds believe having a diverse cultural background is a barrier to career progression.

‘100 per cent of free-to-air television national news directors in Australia have an Anglo-Celtic background (and they are also all male).’

‘The board members of Australian free-to-air television are also overwhelmingly Anglo-Celtic. Within this group of 39 directors, there is only one who has an Indigenous background and three who have a non-European background.’

Read: Screen News in Brief: There is no courage without fear

The report also asks experiential questions about how the situation feels to the participants. Career advancement is harder for non-Anglo-Celtic people, the training space of rural media is whiter than white, and everyone thinks the situation is wonky.

The situation is worse if we take out the government broadcasters.

‘Channel 9 had, by some distance, the highest level of Anglo-Celtic representation with its journalists on air (87.8 per cent). None of the commercial networks (Channels 7, 9 and 10) had more than 5 per cent of presenters, commentators and reporters, who were identified as having a non-European background’.

The researchers circulated an invitation to fill in an online survey through Telum Media, but acknowledges that the results are tilted towards people who experience the problem. The comparison is instructive.

129 culturally diverse respondents cited barriers to access in front of the camera, 28 did not. Behind the camera the situation is a bit better, at 110 and 47. Barriers to career progression broke down as 121 and 36.

The non-culturally diverse group is much less likely to notice these barriers, though more than half do. Women are more likely to notice the problem than men by a factor of two to one. Ultimately, almost 86 per cent of the non-European respondents believe they face barriers.

Older, more senior men don’t see the problem. Boards in the private sector are virtually all Anglo-Celtic men, though the ABC at least has a majority of women.

The researchers dug in with qualitative discussions with nine senior news and current affairs people covering all the networks.

How the leaders see the networks

They tended to see diversity as more connected to the role of women, which conceals the issue of ethnicity. The report itself defines diversity only in terms of formal culture which creates a clearer picture of this issue. It turns out that all the leaders believe their networks are increasing in diversity, and none of them are right.

All the leaders believe their networks are increasing in diversity, and none of them are right.

There is no unconscious bias training, even in situations in which journalists meet a huge range of people and choose stories from many possibilities. This is a car crash in itself. Only networks with formal charters (SBS and the ABC) are taking any action. Affirmative action seems to be on the nose unless people had experienced it overseas.

The report has an attack of research caution when it discussed the qualifications of journalists. It highlights a claim that ‘“You’ve got to have gone to UTS or Sydney University to get into any of those elite cadetships at the ABC or SBS.”’ Fortunately the ABC has revamped its cadet program to focus on under-represented groups.

The very fact that the sector now recruits from graduates could be a problem, as journalism students probably don’t reflect the general population. As the saying goes, ‘It’s hard to be what you never ever see’.

The report moves on to benchmark the Australian statistics against the UK and the United States. Driven by Ofcom, the government regulator, the British industry is moving forwards, so the diversity numbers are a higher proportion than in the general working population. The picture in the US is uneven as the number of journalists and publishers collapses, but women and people of colour do much better in online environments.

Both are doing better than Australia.

What can be done?

There is an enormous amount that can be done. In general, the case for diversity can be made, data should be collected and targets established. Diversity can be prioritised in recruitment, which the report claims brings economic benefits.

Respondents to the enquiry made a solid bunch of practical, modest steps.

Ironically, the report points out that advertisers are deliberately looking for cultural diversity in their marketing, the characters in their spots, and the communities they target. And they are truly the hard nuts of the sector.

Why is this such an important moment?

The diversity of news and current affairs is much more important than drama. When we talk about the need for Australian voices and Australian stories on television, nearly everything broadcast advances that cause. But who gets to be Australian? Who represents the values of ‘our’ society?

Though the report did discover that 58 per cent of workers at the coal face are women.

The diversity of news and current affairs is much more important than drama.

We talk about drama in terms of lost story opportunities, disconnection from audience, and othering divergent cultures. We are touched when kids say they have never seen a person like them on television. It is important for a flexible, cohesive society.

News and current affairs is much more important, because it is about power. The authority figures valorised in our media are Anglo-Celtic. We give them permission to embody the truth. In breakfast and current affairs television, their world view counts as they define right and wrong, acceptable and unacceptable. They model desirable citizens. They are the poster people for assimilation.

The stories are about affronted Anglo-Celtic people over issues that matter to them. Right now we are asking why the stories of a casualised, poverty-stricken work force are not on the national agenda; why we take the sacrifice of low-paid people for granted. We are shocked when we discover that kids don’t have computers and their parents can’t work from home because there are too many people.

The reply is that these stories are always boring. But it is the responsibility of the communicators to make them not boring and that is a lot easier if a newsroom reflects the population.

Ultimately, this is about the glue in our diverse society, about the way we are brought together as a nation with a common sense of a civil society. As we can see around the world, that is very much under threat and we have no reason to be complacent.