85 years in the movie biz means 85 years worth of films to look back on in this whopping birthday bash program.
Silvi Vann-Wall 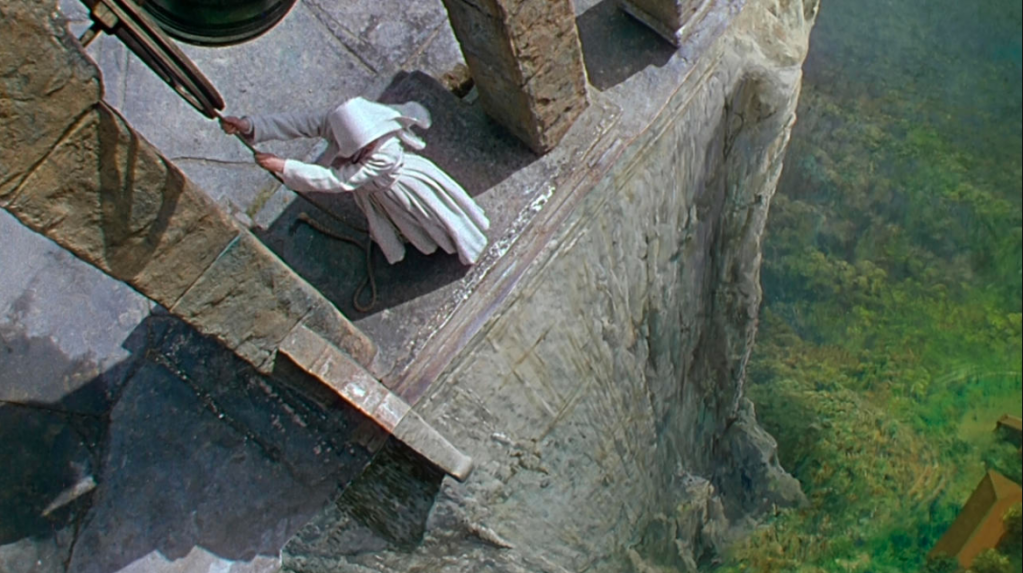 Sydney’s Ritz cinema is turning 85, and to celebrate they’re sparing no expense in bringing 85 films to the screen over 85 days.

Each film shown will represent each year the Ritz has been open, beginning in the 30s with films like A Star is Born and The Wizard of Oz, and ending in 2021 with The Green Knight. Select sessions of the retrospective films will screen in 35mm, 70mm and 4K formats.

Other highlights include Citizen Kane, Bicycle Thieves, Rashomon, Singin’ in the Rain, West Side Story, Bonnie and Clyde, Badlands, Blade Runner, Back to the Future, Pulp Fiction, Trainspotting, In The Mood For Love, Lost in Translation, Pan’s Labyrinth, Frances Ha, and Mad Max: Fury Road.

It’s quite possibly the first film festival to have such a diverse and era-spanning number of screenings, essentially delivering an entire visual education in cinema studies.

From glorious Technicolour to dazzling CGI, see the evolution of movies condensed into one jam-packed program at The Ritz this July.

See the full 85-day program and purchase tickets on the Ritz Cinemas website.

Not content with simply showing 85 great films over 85 days, the Ritz has also planned weekly screenings of Australian films spanning from the 50s until now.

Through support from the National Film and Sound Archive (NFSA), many of the films being presented are being screened for the first time, in 35mm no less, after sitting in the Kodak/Atlab and Deluxe/Kodak collections for some years.

Screenings will occur every Saturday at 4pm, with select films accompanied by discussions with the filmmakers, with encore screenings happening every Monday at 6:30pm.

Australia on Celluloid kicks off with the acclaimed historical drama Newsfront (1978) on Saturday 30 July at 2pm. Legendary director Phillip Noyce will join via Zoom, and producer David Elfick and star Chris Haywood will join in person for a post-screening Q&A.

Throughout the retrospective, audiences will be joined by some of the finest practitioners in Australian film history, including Bruce Beresford (The Adventures of Barry McKenzie, Don’s Party, The Getting of Wisdom, Breaker Morant), Tom Burlinson (The Man From Snowy River), Jocelyn Moorhouse (Proof), Nadia Tass (Malcolm, The Big Steal), Richard Brennan (Long Weekend, Stir) and Greta Scacchi (The Coca Cola Kid).

‘The Ritz is the proud home of celluloid in Sydney, and even prouder to be bringing Australia’s extraordinary film heritage back to the big screen — exclusively in celluloid — in partnership with the NFSA and Umbrella Entertainment,’ said the Ritz.

Between 2000 and 2011, the NFSA worked with sponsors Deluxe Sydney and Kodak Australasia to preserve 75 classic Australian films in a new 35mm print format for theatrical screenings’, added the NFSA. ‘By working closely with filmmakers and skilled film technicians, the original titles were colour re-graded, had scratches and flaws removed, and soundtracks remastered to Dolby Digital standard.

‘The new revived 35mm prints of these Australian classics maintain the original integrity of the original films envisioned by their creators. Thanks to this partnership and support of sponsors, they can be appreciated by contemporary audiences in theatres like the Ritz.’

Tickets for Australia on Celluloid can be found on the Ritz website.