The animated tale of a blue heeler pup and her family is pure fun, says Anthony Morris. No wonder it's ABC iview's most watched show of all time.
Anthony Morris 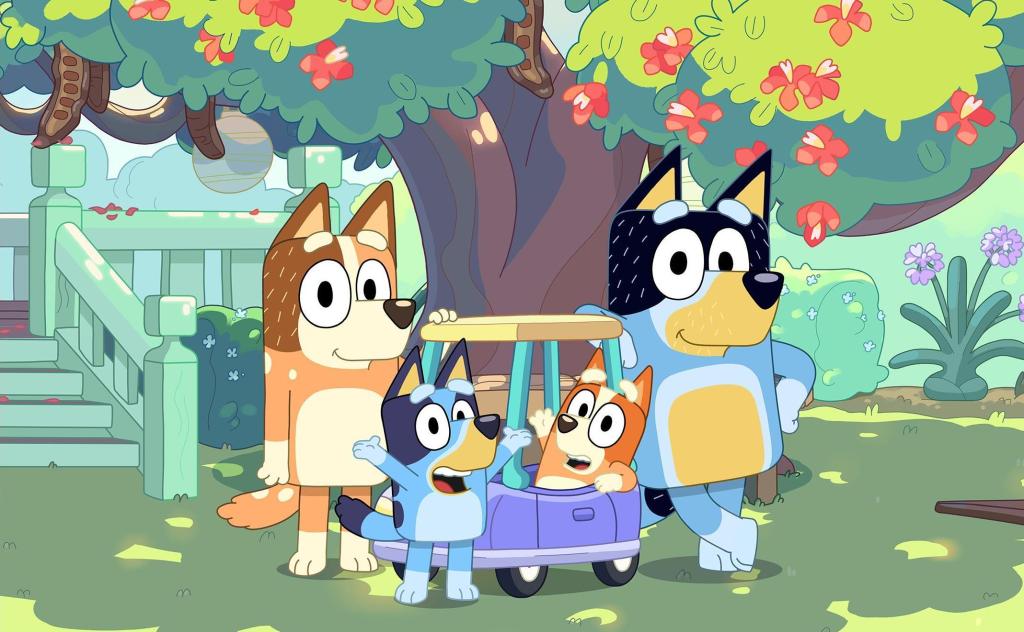 New episodes of Bluey couldn’t’ have come at a better time. Image via ABC TV.

Bluey is a lot of things – educational, charming, an award-winning children’s television phenomena – but what it mostly is, is wholesome. “Wholesome” (what earlier generations might have called “nice”) was a buzzword even before a global pandemic had everyone on edge and looking for soothing viewing. Now checking in with six year-old blue heeler puppy Bluey and her loving family feels like a seven minute long hug; new episodes on ABC Kids couldn’t come at a better time.

The audience for children’s television is a tricky one to navigate. If children don’t like it, they won’t watch it; if parents don’t like it, they won’t let their children watch it. The big hits in the market are the ones that can appeal to both. With Bluey nominated for an international Emmy and the most viewed show in ABC iView history with 200 million iView plays, creator Joe Brumm has figured out how to walk the line.

And play is central to Bluey’s appeal. Brumm’s mission statement for the show focuses on two things: it’s a show made by dads for their daughters (the family is loosely based on his own), and that Bluey and her younger sister Bingo are deliberately of an age where free-form play is the most important thing in their lives. It’s hard to think of a Bluey episode that doesn’t feature some form of imaginative play somewhere. The first three episodes of season 2 feature “dance mode” (where the parents have to dance no matter what they’re doing), the siblings creating fake homes in a shopping trolley during a hardware store trip, and a featherwand that can magically make things heavy.

Importantly, Bingo’s featherwand is treated as totally real. There’s no suggestion that the parents and Bluey are just playing along. Bluey is full of important life lessons: the very first episode of season two is partly about the importance of realising when someone is saying yes to something that they’d really rather say no to (and yes, partly about making Bluey’s parents dance in public). But those lessons are always presented from a kids point of view. It’s a show that talks to them, not at them.

The lessons wouldn’t work if Bluey wasn’t so playful. First and foremost, it’s a show about kids having fun playing – and if they happen to learn something through that play, that’s a nice side effect. Likewise, the positive family messages are simply part of the background to the play. Both dad Bandit and mum Chilli work; Bandit takes an active role in the housework and is often the parent playing with the kids. And the siblings have a realistic relationship with each other. Bingo is the quiet, thoughtful one and Bluey is more take charge, but they both respect and care for each other.

Did someone say wholesome?