Stan's special feature about a crim on the run in a Santa suit fills a family-sized gap with rough and dusty charm.
Anthony Morris 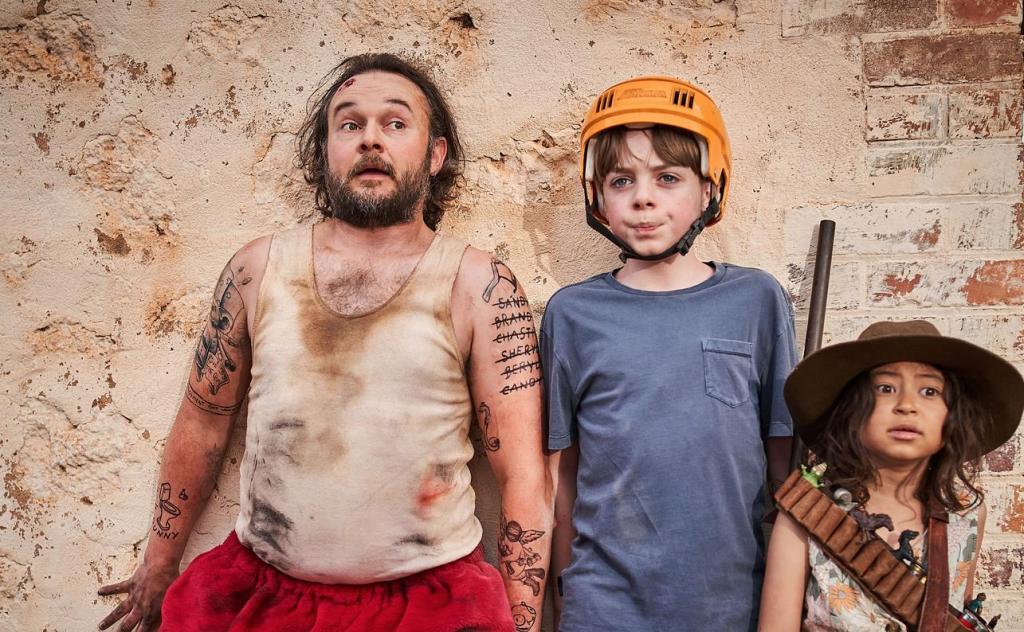 Is A Sunburnt Christmas the Christmas movie Australia needs? And make no mistake, Australia clearly does need a Christmas movie: while internationally there’s a steady stream of dedicated Christmas tales almost every year, plus a seemingly endless number of Christmas-adjacent classics that film buffs are keen to anoint as holiday classics (ie: Die Hard), locally the cinematic Christmas hamper has been bare for decades.

Some say the 1983 Bush Christmas remake was the last Aussie Christmas movie; others suggest the bloody Christmas climax of 2005’s outback western The Proposition qualifies it. Either way, it’s been a long time between (Christmas) drinks. Stan’s A Sunburnt Christmas sets out firmly and proudly to rectify that.

It’s worth noting that the rise of streaming is probably the only reason we’re getting an Aussie Christmas story even now. Christmas is (usually) a crowded time at the box office, with the big international guns crowding out any local efforts foolish enough to stick a toe in the water. The low stakes and dusty charm of this film wouldn’t stand a chance against a Star Wars or Marvel epic, but at home with the family in front of the TV? We just might have a winner.

When convicted criminal Daryl (Daniel Henshall) escapes from hospital after being stabbed in prison, he leaves behind a note letting looming thug Dingo (Sullivan Stapleton) know he’s ‘gone to get [his] money’. It’s a weirdly nice moment – especially as Dingo is clearly not a nice man – and it’s the first sign there’s more to this Santa-suit stealing crim than meets the eye.

Now dressed as a volunteer Santa and with a beat-up van full of toys to match, Daryl races toward, and then crashes into, a dry-as-dust bush farm that’s definitely seen better days. There youngest girl Daisy (Lena Nankivell) is firing a shotgun into the sky to make it rain; brother Tom (Eaden McGuinness) is wrapped in pillows and a stackhat, terrified that death could strike at any moment; and older sister Hazel (Tatiana Goode) is angrily fending off the bank’s debt collectors while their mum (Ling Cooper Tang) wanders the dusty paddocks shouting at dirt.

When Daryl stacks his car into one of the farm sheds, Daisy is convinced that he’s the real Santa, shot down by her skyward shooting session. Needing to keep as low a profile as possible while he sneaks around trying to dig up the money buried somewhere on the farm (his only clue is that ‘the presents are under the Christmas tree’, which isn’t as helpful as you might think), Daryl goes along with her delusion, with Tom soon on board as well. Believing that if an adult sees Santa he’ll explode, the two kids are soon racing around digging up the farm looking for ‘Santa’s sack’. But with Daisy sniffing around, and Dingo still out there, he can’t stay hidden forever.

Directed by Christiaan van Vuuren (Dom and Adrian: 2020, Soul Mates), from a script by Elliot Vella, Gretel Vella and Timothy Walker, A Sunburnt Christmas has a lot going for it. The performances across the board are spot-on and always entertaining, with Nankivell’s constant enthusiasm a definite crowd-pleaser. Henshall has a pretty tough gig here as Daryl – he’s a kid-friendly violent crim who also has a dark past and is constantly lying to people but is still nice enough that everyone else cuts him slack he really shouldn’t be getting – but he pulls off these contradictions with seemingly effortless charm.

If there’s a problem with all this, it’s that it never quite settles on a tone. It’s not really an outright comedy; while there are funny moments and the tone is light a lot of the time, the only time it gets close to having actual jokes is some surprisingly violent slapstick that probably makes it unsuitable for very young kids. It’s hardly a serious drama either, despite having some emotional scenes and tear-jerking moments towards the end.

There isn’t a dull moment in the 90 minute run time, but while it’s clearly going for ‘fun for the whole family (and mostly succeeds at it), it’s still a feel-good Christmas tear-jerker about saving the farm that also has a man being electrocuted by a child attaching jumper leads to his nipples. It’s hard not to think it might have benefited from either being a bit more over-the-top and cartoony, or slightly more serious and sentimental.

Still, a big part of Christmas is perfectly good presents that aren’t exactly what you want, and A Sunburnt Christmas keeps that tradition firmly alive. As the only Australian Christmas movie this century it’s clearly trying to be a lot of things to a lot of different viewers, and the fact it’s still so much fun despite being pulled in so many different directions should be cause for celebration. If it’s going to be another thirty years before we get another Australian Christmas movie, we could definitely do a lot worse.