The team from We Are Still Here will present the Opening Night World Premiere at this year's festival.
Cody Smith 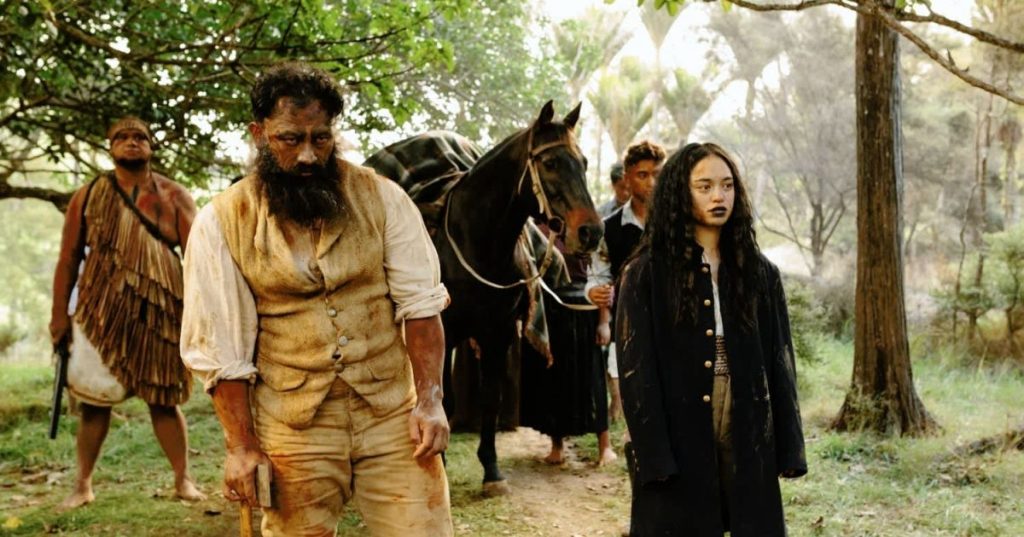 Guests include the team behind 2022 opening film We Are Still Here. Image: Dark Matter.

The Sydney Film Festival has announced the first slate of industry guests who will attend the Australian and World Premieres of their films, walk the Festival’s red carpets, introduce their films, and participate in talks, panels and Q&A sessions.

The filmmaking team from We Are Still Here will present the Opening Night World Premiere of the multi-genre anthology on First Nations peoples. The team includes Australian directors: Beck Cole, Danielle Maclean, Dena Curtis, Tracey Rigney; New Zealand Aotearoa directors: Tim Worrall, Chantelle Burgoyne, Mario Gaoa, Miki Magasiva, Richard Curtis; and producers Mia Henry-Tierney, Mitchell Stanley, Toni Stowers and Renae Maihi.The team will then speak at the Festival Hub in First Nation Next Wave, where they will discuss how they created a film with 10 directors in two countries during a pandemic.

Guests introducing their films in Special Presentations at the State Theatre include: New Zealand director Armağan Ballantyne and writer/cast member Jackie van Beek (The Breaker Upperers), who will introduce the uproariously funny Nude Tuesday, about a couple who end up at a new-age retreat, with cast members Damon Herriman and Jemaine Clement joining as guests; and Australian director Gracie Otto (Under the Volcano) and writer Krew Boylan will present Seriously Red, Otto’s feature debut depicting a misguided redhead who becomes a Dolly Parton impersonator.

Read: Stan’s new comedy Nude Tuesday will be a lot to bare

Australian filmmakers attending as guests to introduce the Word Premieres of their feature films include: director and co-writer Macario de Souza for 6 Festivals, a moving love-letter to young friendship and the life-altering power of live music; writer-director Rowan Devereux for his irreverent comedy Evicted! A Modern Romance, about four spuriously employed housemates on the verge of eviction; and director-producer Molly Haddon’s The Longest Weekend, an indie film about a sibling reunion in Sydney’s inner west.

Australian writer-director Craig Boreham and members of the filmmaking team will be guests of the Festival to introduce their film Lonesome, a queer exploration of desire, sexuality and isolation set in Sydney.

Turkish filmmaker and SFF Official Competition Jury Member Semih Kaplanoğlu will present his Un Certain Regard-nominated morality fable Commitment Hasan, the story of a farmer who sets about clearing his slate before his pilgrimage to Mecca.

Indian director Karan Gour and cast members Mukul Chadda and Annukampa Harsh will present the magical realist drama Fairy Folk, telling the story of a genderless woodland creature that crashes into the lives of a jaded couple.

Japanese folklore-glam-rock-musical-anime epic Inu-Oh will be presented by its director, Masaaki Yuasa.

Canadian director Ashley McKenzie will present her film in the Flux: Art+Film strand, Queens of Qing Dynasty, a story of magnetic attraction and unlikely kinship between a neurodivergent teen and a queer student from Shanghai.

International film guests introducing their documentaries include UK director, producer, writer and cinematographer Joe Hunting, who will present his Sundance and CPH:DOX selected film We Met in Virtual Reality.

Prizewinning Bangladeshi director Kamar Ahmad Simon will present his documentary Day After…, a seductive journey on a century-old river steamer overflowing with passengers from all walks of life. Vietnamese documentarian and Winner of Best Director at IDFA, Diễm Hà Lệ will present Children of the Mist, her portrait of a Hmong girl living in the mountains of North Vietnam, where bride-kidnapping remains a tradition.

South Sudanese documentarian Akuol de Mabior will present her personal and perceptive documentary No Simple Way Home, about a family who return home to South Sudan to help forge the young nation’s future.

Filmmaker guests from the Screenability program will include the filmmakers selected for the Screenability Filmmakers Fund for Screen NSW: Madeleine Stewart (Inspire Me); Steve Anthopoulos (Voice Activated), and Natalia Stawyskyj (All Silent Dogs).

Read: SXSW film award for Australia’s Back to Back Theatre

After the screening of Shadow, in partnership with Accessible Arts, members of the film team from Geelong’s Back to Back Theatre Company, will discuss their lived experiences, with writer-director Johanna Garvin.