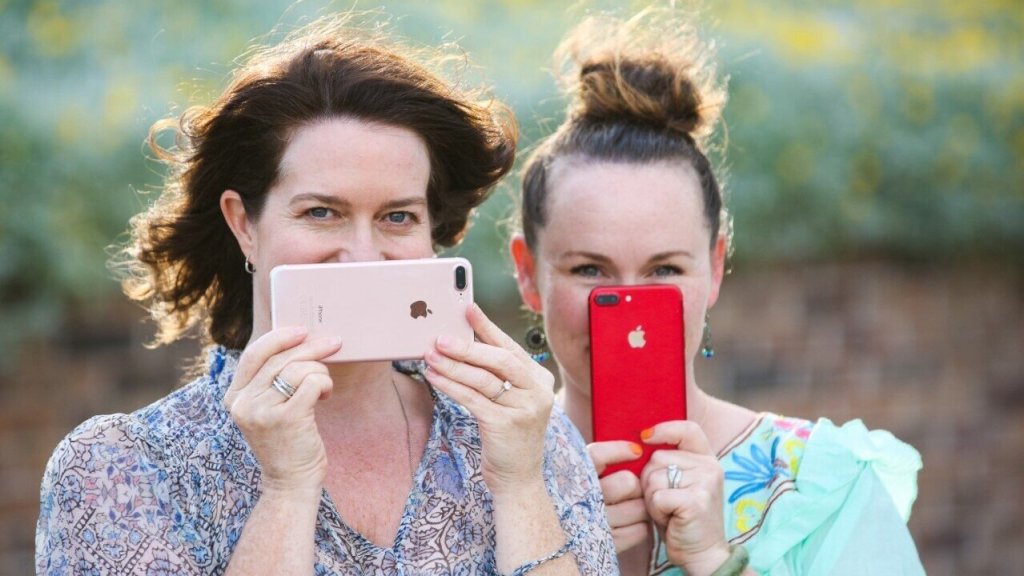 How much can you do with an iPhone? ‘Heaps’, says SmartFone Flick Fest. Photo: Angela Blake, Ali Crew

From 26 February, the SmartFone FlickFest will screen features and shorts shot entirely on smart phones, and the 2022 international line-up proves that as long as you have a phone and a burning idea, the possibilities are endless.

The Gala Finals screening and awards ceremony will take place at Sydney’s Palace Chauvel Cinema on Saturday 26 February. The 15 finalists include stunning short films from China, Italy, France, England and Scotland – and of course Sydney, Melbourne and regional NSW entries.

Among them is Leader, by English actor and filmmaker Chris Overton, a previous winner of an Academy Award for his short film The Silent Child.

Without further ado, here are our micro reviews of the Gala Finalists.

Animation and film collide in a lovingly inventive recreation of a child’s imaginary astro-trip.

An intriguing call-to-arms about hope, sustainability, and the junk – in more forms than one – that gets washed up on the shore.

A charming video diary montage that is sadly mired by poor sound quality.

Bizarre darkroom development horror that will make you ask the question: ‘does anyone still do this as a job?’

Superbly shot but confusing thriller about a woman on the run and her desperate bid to see her only son for his birthday.

Two blokes reminisce about the good ol’ days in one of the last remaining video rental stores. They also look to the future of smartphone films. Meta!

A humorous stop-motion animation that owes much to Toy Story in its conventions and emotional beats.

This is a smart and REALLY (less than 2 minutes) short film about a man stuck in a spacetime loop (not unlike a procedurally generated dungeon).

A theatrical, monochromatic silent-ish film with lots of gimmick but little substance.

A brave young activist’s passionate perspective on racial injustice in both the US and Australia.

Today I Will Live

An Afghanistan war correspondent provides shocking insight into the lives that get caught in the crosshairs of conflict.

The Secret Life of Bees

Eye catching close-ups abound in this sweet nature doco that will make you say ‘aww’ – unless you’re heartless.

A spectacular and authentic chronicle of daredevil Aussie surfers making waves in the icy waters of Alaska.

A brief but pleasant look back at the coronavirus years (so far) and how they changed our creative routines.

Find the full program at the SmartFone FlickFest website.