Screen funding splutters amid a Sonic (the hedgehog) boom

All eyes are turning to Easter for the Australian box office as the sector tries to recover from an underwhelming Christmas period.
David Tiley 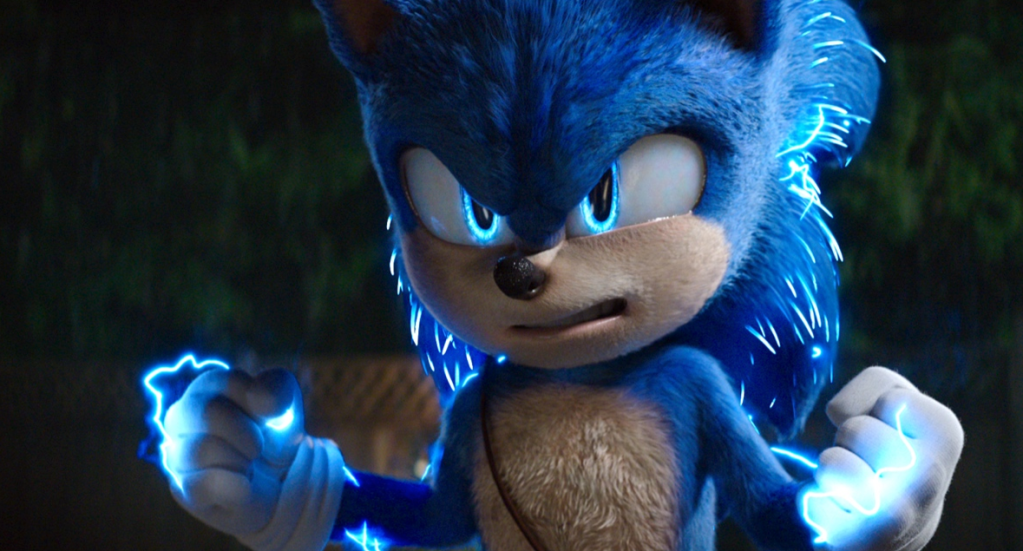 It can be hard to look at box office figures without feeling blue. Image: Paramount Pictures.

The smaller cinema sector represented by Independent Cinemas Australia has so far survived everything COVID could throw at it, and is still alive and kicking. At the moment, 75% of pre-pandemic turnover seems to be a temporary normal as the sector hopes to recover from a dud Christmas.

ICA president Scott Seddon, the proprietor of Scotty’s Cinemas just north of Newcastle, has been a determined activist in the campaign to get a tranche of money from the federal government to get through hard times.

By the end of March 2021, ICA had a promise of $20m to ‘assist independent cinema operators who who have experienced significant declines in revenue due to the pandemic with one-off business continuity grants’, according to the release. The mainstream sector was left to survive with the normal business support mechanisms, which it duly did.

The cash was to be distributed by Screen Australia. That door closed on 24 December 2021, with just over half the funds allocated. The remaining $9m was moved to the COVID-19 Arts Sustainability Fund, which had spent $43m of its $50m. We know this is true because Minister Fletcher published a press release on 16 December that said:

‘This funding has been reallocated from the Supporting Cinemas’ Retention Endurance and Enhancement of Neighbourhoods (SCREEN) Fund, out of the surplus which remained after the promised grants were provided to all eligible cinemas nationwide which applied for funding.’

I understand that ICA engaged in discussions with the government about this. The government hastily changed its mind.

On Thursday 23 December, Fletcher’s office announced a second round of SCREEN funding. According to Screen Australia, round two opened on December 24 and runs until April 29, with $9m on the table.

The key to sustainability, according to our previous interviews with Seddon, is a run of overseas blockbusters at the same time as the right audiences can go to the cinema.

This week, Sonic the Hedgehog 2 arrived in 298 theatres on 476 screens. It took the top slot with $3.66m over the weekend. We are a week ahead of the US, which gets a wide release on April 8, bolstered by $35m in world box office. Easter gives around the planet.

It was followed by Morbius, which had almost the same number of cinemas but had 589 screens. But it came in $59,000 down, with $3.07m, despite the exhibitors’ collective bet that it would do better than the hedgehog.

Add The Batman at number four and we have another $1.41m, to give the picture $35.14m in five weeks. In other words, the first four pictures in the box office ladder made almost $10m. As usual, there is a huge drop-off at that point, as The Duke made $623,000 off 261 screens in the number 5 slot. We are looking at specialist film at this point – we know because it has basically one screen in each location rather than several.

That $10m is a happy number as the schools start their holidays at the end of this week with the additional launches of Fantastic Beasts: the Secrets of Dumbledore, heist movie Ambulance and Rabbit Academy, a very Easter animation for the smaller kids.

It’s been a while since the international releases succesfully catered to an Australian holiday period. The absolute peak time is Christmas, which offered West Side Story, two American sport films, and Sing 2 as the only animation. Fortunately, Spider-Man: No Way Home was on its way to $81.12m in our market.

What happened to the Oscar films?

In previous years, Oscar winners could count on a surge of sales after the ceremony. This year was different. Best Picture winner CODA is not running here – catch it on Apple TV Plus.

Best Director winner The Power of the Dog has been on Netflix since November.

Best Animation feature Encanto is still available and dropped 40 screens to three and lost 90% of its tiny take, though it has made a moderate $6.4m altogether.

In other words: no lollies for you, winners.

Scott Seddon believes the small indy films are losing traction for one large and one more annoying reason. He and his colleagues are trying to cover their Covid losses, and have become less adventurous. Risks are out, and excited patriotism is replaced by a glum hunt for the bottom line.

Besides, he acknowledges, older audiences are still averse to coming out, and the current crop of indy Oz tend arthouse and older. Even Death on the Nile, with all its dinner-suited glory, has made a mere $6.4m in eight weeks, and was unceremoniously gutted last weekend as it lost 105 screens to play on 51.

The music doc Wash My Soul in the River’s Flow with Archie Roach and Ruby Hunter lost seven screens to play on four, and gained $1,700 over the weekend to reach $59,000.

River, the Peedom documentary, is on 34 screens in week two, but lost 45% to take $21,000 and clock $110,000 altogether. In these times, that is a good figure, though way, way down on Mountain, the previous film from the same production combo.

Carbon – the unauthorised biography, the documentary about our defining substance, made $3,500 in its first week off 15 screens.

The exhibition sector in all its different aspects worries about the mood of the audience. Has the magic of cinema been tarnished for the foreseeable future? How will the battles between the streaming giants play out?

While our politics has curdled before our very eyes, we are seeing the Oscars lose their glitter while the plague lingers. Our fantasies are mirrrored on the broadcast news as the elements for World War three trundle across the landscape like the cannibalistic, trundling cities in Mortal Engines. They even run on titanic tank tracks.

From vast media corporations to surrealists animating on scrap pieces of Kodachrome, this all makes a difference to slots and opportunities.

Here is a smaller piece of nastiness to remind us that we ain’t seen the end of our cultural horrors. The UK government has announced that it plans to sell Channel 4. Soon. For peanuts. On the grounds that it will liberate the sector to compete with the streaming companies. Who are some major players in a buying mood? Variety is not joking when it says:

ITN, Discovery, Sky, Paramount, Amazon and Netflix are among the platforms that could bid for Channel 4.